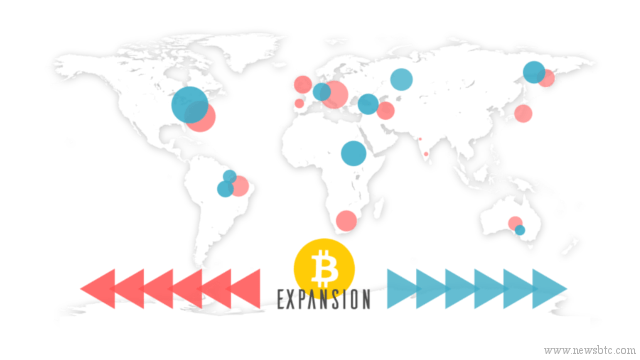 Bitcoin technology company BitFury has been able to secure $20 million in funding to support its expansion plans. The funds came from DRW Venture Capital, iTech Capital and Georgian Co-Investment Fund in their latest round of funding.

BitFury has plans to expand to the Republic of Georgia by building a Techno Park that can host its 100MW center. The company has been involved in providing bitcoin technology infrastructure and transaction processing services.

“Today, we are excited to announce we have secured a funding round of $20 million. The success of yet another funding round validates our business strategy and brings us closer to our ambitious goals,” announced BitFury CEO Valery Vavilov.

These underscores a growing trend among fintech and bitcoin technology companies that have managed to score increased interest from investors and venture capital groups. This has been mostly due to the fact that bitcoin technology holds plenty of promise when it comes to more practical application apart from being associated with digital currency transactions.

“DRW’s investment in BitFury is an acknowledgment of the impressive work Valery Vavilov and the team has done to become a leader in the business of securing the blockchain. By supporting BitFury’s efforts in this regard, and by providing liquidity in bitcoin via its wholly owned subsidiary, Cumberland, DRW aims to facilitate the widespread adoption of the distributed ledger technology,” said DRW Venture Capital Founder Don Wilson.

In particular, iTech Capital has been interested in blockchain technology applications. “Blockchain is one of the most promising and disruptive technologies we’ve seen in the FinTech industry for the past 15 years. We’ve kept an eye on Blockchain since its inception and are confident in its global recognition and following success. For a professional investor it is always a welcoming opportunity to recognize the early trends and to support a recognized leader within the industry,” said Gleb Davidyuk, Managing Partner of iTech Capital.

BitStarz Player Lands $2,459,124 Record Win! Could you be next big winner?
Get 110 USDT Futures Bonus for FREE!
Tags: Bitcoin fundingbitcoin investorsbitcoin technologybitcoin venture capitalbitfuryNewsStart-ups
Tweet123Share196ShareSend
Win up to $1,000,000 in One Spin at CryptoSlots