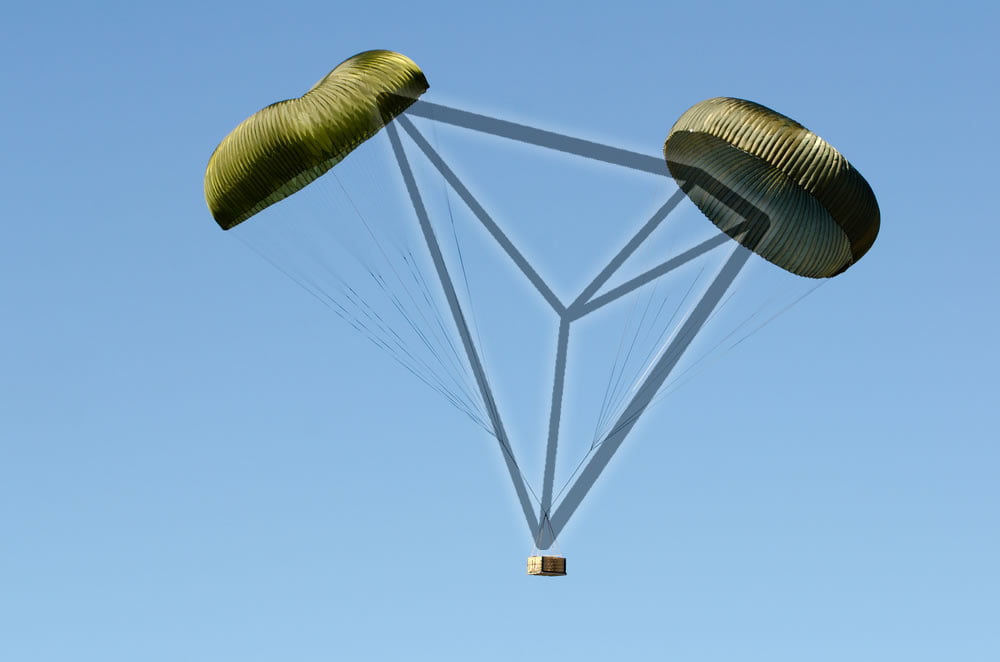 There is no better way to garner attention for a new crypto token than to give it away. The Team at the Tron Foundation are experts at marketing and have widely promoted the BitTorrent token and a series of airdrops, the first of which has just been completed.

“The largest and longest airdrop in the cryptocurrency history will begin shortly. We have taken the snapshot for all #TRON accounts and ideally we will send #BTT to #TRX holders in next 24 hours.”

The official announcement said that TRX held on supporting exchanges and cold wallets would be legible to receive BTT. The ratio of BTT airdropped is 1 TRX = 0.1097681177 BTT, with 1.1% of the total supply to be distributed. A further 990,000,000 BTT will be airdropped on March 11 and an incrementally increasing amount on the eleventh of every month until 2025.

The release also warned about a number of fake social media accounts falsely claiming to be BitTorrent. A few hours later another tweet added that the planned process of 48 hours only took 4 and 10.8 billion tokens had been distributed;

This was shortly followed up by another message confirming that the airdrop had been completed;

We have done the airdrop so please check your wallet&account! Really appreciate the support from #TRON and #BitTorrent community! See you in the airdrop next month! The airdrop for next month will soon be released! #TRX $TRX #BTT $BTT https://t.co/Kr5e1yFzJw

At the time of writing however the BTT tokens had yet to display for TRX account holders using Binance which had some technical issues yesterday. The ever alert Sun reassured his hodlers;

The BitTorrent Foundation completed $BTT Airdrop for $TRX holders. If your tokens are on an exchange or a wallet supporting our airdrop program they are on their way. Please be patient, it may take some time given the volume airdropped ✌️

According to Coinmarketcap BTT has jumped 11% on the day in USD terms and 12% against Bitcoin. It is currently trading at 26 satoshis, 73% higher than what it was at inception. Binance has over 50% of the total trade but Upbit is currently the top fiat exchange with 35% of the daily volume as Koreans load up in KRW.

Tron however has taken the opposite path and fallen back dropping 4.7% on the day as crypto markets pull back from their weekend pump. TRX is currently trading at $0.024 (673 satoshis), which is down 8% on the week but 30% higher than it was at the beginning of the year. Tron has been one of 2019’s top performing crypto assets alongside Litecoin and Binance Coin. It has held on to eighth place with a market cap of $1.6 billion, $400 million behind Tether.

Tags: airdropBinancebittorrentBTTTRONTRX
TweetShare
BitStarz Player Lands $2,459,124 Record Win! Could you be next big winner? Win up to $1,000,000 in One Spin at CryptoSlots