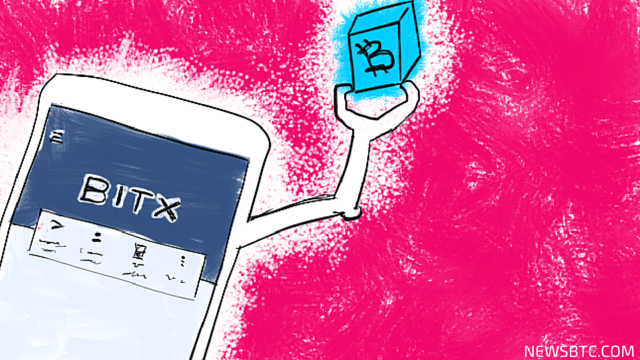 Previously, the startup raised US$4 million from prominent Btcoin angel investors including Barry Silbert, as well as tech conglomerates such as South African media company Naspers. With the new financing, BitX will focus on expanding its team and recruiting talents across Asia to enter new markets.

“We’ve seen some really strong growth over the past three months, so having additional cash to help drive these initiatives and ultimately result in an even better customer experience is very useful,” said BitX co-founder and CEO Marcus Swanepoel.

Since the beginning of 2015, leading financial institutions and have demonstrated obstinate hostility toward Bitcoin, claiming that Bitcoin as a currency is limited and restricted from implementation by the traditional financial sector. The startup will gear toward the development of its core technologies and Bitcoin-related services and products, to capitalize on banks’ misguided approach toward blockchain technology and the Bitcoin network.

“Bitcoin was just the opening act, with the blockchain ready to take center stage. While the Bitcoin hype cycle has gone quiet, Silicon Valley and Wall Street are betting that the underlying technology behind it, the blockchain, can change… well everything,” said Goldman Sachs.

However, BitX will continue the development of Bitcoin-related products to target emerging markets such as Indonesia and the Philippines.

“Given our experience working closely with large financial institutions on various Bitcoin and blockchain initiatives since 2013, we’ve realized that the use case for ‘blockchain’ is very, very limited, and that these institutions are potentially making a very big mistake in completely ignoring Bitcoin. We are capitalizing on that mistake as we speak,” he says.

“We believe the banks of the future will look very different from how they look today, and we are building the foundations for this new future of finance, at record speed and scale,” added Marcus.

Over the next few months, the startup will work closely with Venturra to establish itself as a leading Bitcoin trading and wallet service platform, and to attract more merchants in the region.

“BitX has an exceptional team that combines deep technical expertise and commercial acumen. They have proven they can build innovative products and strong traction in a rapidly emerging industry,” Stefan Jung, co-founder and managing partner at Venturra Capital, says in a statement.