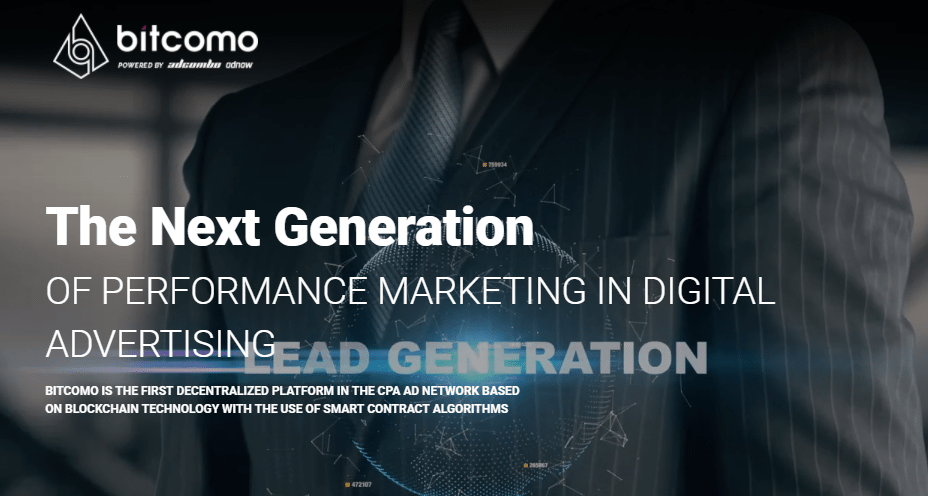 Advertising bots are running amok creating three times more online ad fraud than humans. As a result of fraud such as false leads and sales in affiliate networks, 20 percent of digital ad spending was wasted in 2016, costing brands $16.4 bln, reports The&Partnership. Condemning a lack of transparency major brands are calling for reform in online advertising while working with the Internet Advertising Bureau to raise standards. The Blockchain already has a solution.

What is all the fuss about?

Bitcomo is the first click per action (CPA) network on the Blockchain, but more foresighted affiliate networks are expected to seek to benefit from improved performance and ROI. Affiliate marketing pays for performance by sharing revenues with Internet websites that direct traffic that leads to a product sale, or other specified action.  Advertisers pay only when an action is performed, thereby increasing their return on investment. However, fraudulent traffic continues to be a nagging problem. Up to one-third of traffic is reported to be falsely generated.

The growth in bot traffic is exacerbating the problem. Bots create not only fake traffic but also conversions. These non-discriminating bots are annoying web surfers. Consequently, affiliate network technology not only has to outsmart traffic frauds but also ad blockers.

What you see is what you get

The transparency of smart contracts makes it difficult to generate fake leads and sales by falsifying statistics. On the Bitcomo network, advertisers can track activity in real time. Currently, they depend on affiliate networks to send them a report on the origin of traffic visiting websites. Even then, the traffic flows are not always clear. Payments are made as soon as the parties to the contract sign off on the agreed upon actions, eliminating payment disputes and delays.

Here are other examples of how the smart contract can clean up data pollution.

Proxy sales involve creating false traffic from countries that pay more for conversions. A business based in India may receive false conversions from North America, which pays the highest rates for conversions. The Indian advertiser would then be required to pay the higher advertising fees based on the fake data.

The gamification of business means Internet users are offered rewards, bonuses and other forms of incentives to engage in actions. Unsurprisingly, fake incentives are being offered to encourage shoppers to take the desired action, from buying a product/service or registering on a website. Once again, the transparent smart contract would reveal this activity.

Fraudsters have met their match in the Blockchain economy. Fraudsters are infamous for reinventing themselves overnight and popping up elsewhere on the system with a new way of gaming the system.

On the more transparent Blockchain, it is easier to identify fraud and block the offenders out of the affiliate network. Offender information can more easily be disseminated to other affiliate networks. It is highly likely that affiliates will have one immutable identify in the future with a record of all their activity, not unlike the digital identifies being developed for consumers and businesses. This will make it almost impossible for fraudsters to reinvent themselves in the Blockchain economy.