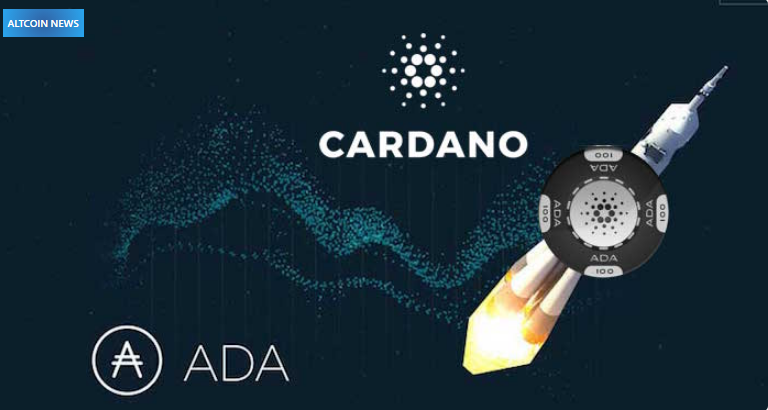 Nevertheless, ADA still suffered a massive decline of 83% from its all-time high in September. The upcoming launch of hard fox seems to be the impetus for the recent price spike.

It was supposed to be launched in June but was postponed because of some technical problems. The date of the hard fork launch will be announced soon by the Input Output team.

For the first time, XRP was scrapped from CoinMarketCap’s top 5 list in February due mainly to U.S. SEC controversies and lawsuits. Now, Ripple has decided to hedge on Cardano. ADA price peaked last year which in turn powered up smart contracts on the blockchain.

Still, ADA has a lot of catching up to do in order to keep up the pace with BNB that currently has a market cap of $42 billion. Cardano’s price ended Sunday in the red at -$0.005. It closed in red for the second consecutive time seen in the last three days.

ADA price is currently trading sliced between two critical levels. And the bulls are trying to revert to the $0.64-$0.67 range. On the other hand, the bearish ADA traders are seeking to pivot and dispatch ADA’s price down testing the $0.395-$0.43 range.

ADA price spiked by 25% last week, followed by massive liquidations. While the price reversal pushed the price lower, the bears did take the blows while trading the coin. ADA ended the week in flying colors as it skyrocketed by 25%. ADA price also managed to maintain its price at $0.5.

With that, Cardano outperformed its competition and now ranks as the sixth most significant coin in terms of market cap at CoinMarketCap. It has a current capitalization of $17.7 billion which keeps ADA ahead of SOL, DOGE, XRP, and BUSD.

So, will Cardano continue to dash in the green light? Well, it will all depend on the condition of the crypto market. ADA traders are very optimistic and vested in ADA but apart from upgrading the Vasil network, the Cardano community is also weathering the crypto winter and economic recession.

Tags: ADAbtcusdCardanoethbtcethusdRipplexrp
Tweet123Share196ShareSend
Win up to $1,000,000 in One Spin at CryptoSlots