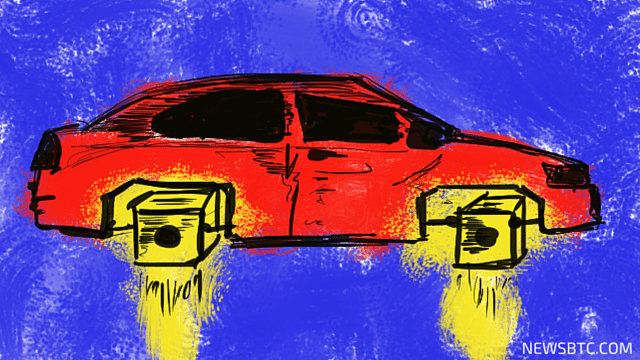 Wanxiang Group, one of the largest automobile conglomerates in China, has announced its plans to invest in blockchain tech to the tune of $50 million. The company has reportedly purchased 416,000 ETH tokens on the Ethereum blockchain, confirmed by the company’s managing director Chao Deng.

Ethereum is a decentralized platform that runs smart contracts: applications that run exactly as programmed without any possibility of downtime, censorship, fraud or third party interference.

Indeed blockchain tech has been at the front and center of the latest cryptocurrency industry developments, as the distributed public ledger has been tapped by large and established global institutions for its various practical applications. In the financial industry, more than twenty top banks are already teaming up in a project known as R3 CEV to collaborate on blockchain tech initiatives.

Wanxiang Group also created a non-profit called Blockchain Labs dedicated to exploring and investing in blockchain tech applications. This was co-founded by Buterin, BitShares co-founder Bo Shen and Feng Xiao, vice chairman and executive director of Wanxiang Holdings, which is the company’s investment arm. This will be followed by the creation of a $50 million venture capital fund that will invest in blockchain tech companies, not just in China but in other parts of the world also.

In line with this, the company will sponsor a conference to be held in Shanghai next month called the 2015 Global Blockchain Summit. It will feature guests from Deloitte, Huarui Bank and Shanghai Steel Union, as well as Circle VP of Trading Joshua Lim, Koinify CEO Tom Ding and Tether CTO Craig Sellars. Topics to be discussed include the use of blockchain tech in payments, securities trading, digital asset management and global supply chains.

Tags: Bitcoin ChinaBitcoin Newsblockchain chinablockchain initiativeblockchain researchblockchain techblockchain technologyblockchain vcNews
TweetShare
BitStarz Player Lands $2,459,124 Record Win! Could you be next big winner? Win up to $1,000,000 in One Spin at CryptoSlots