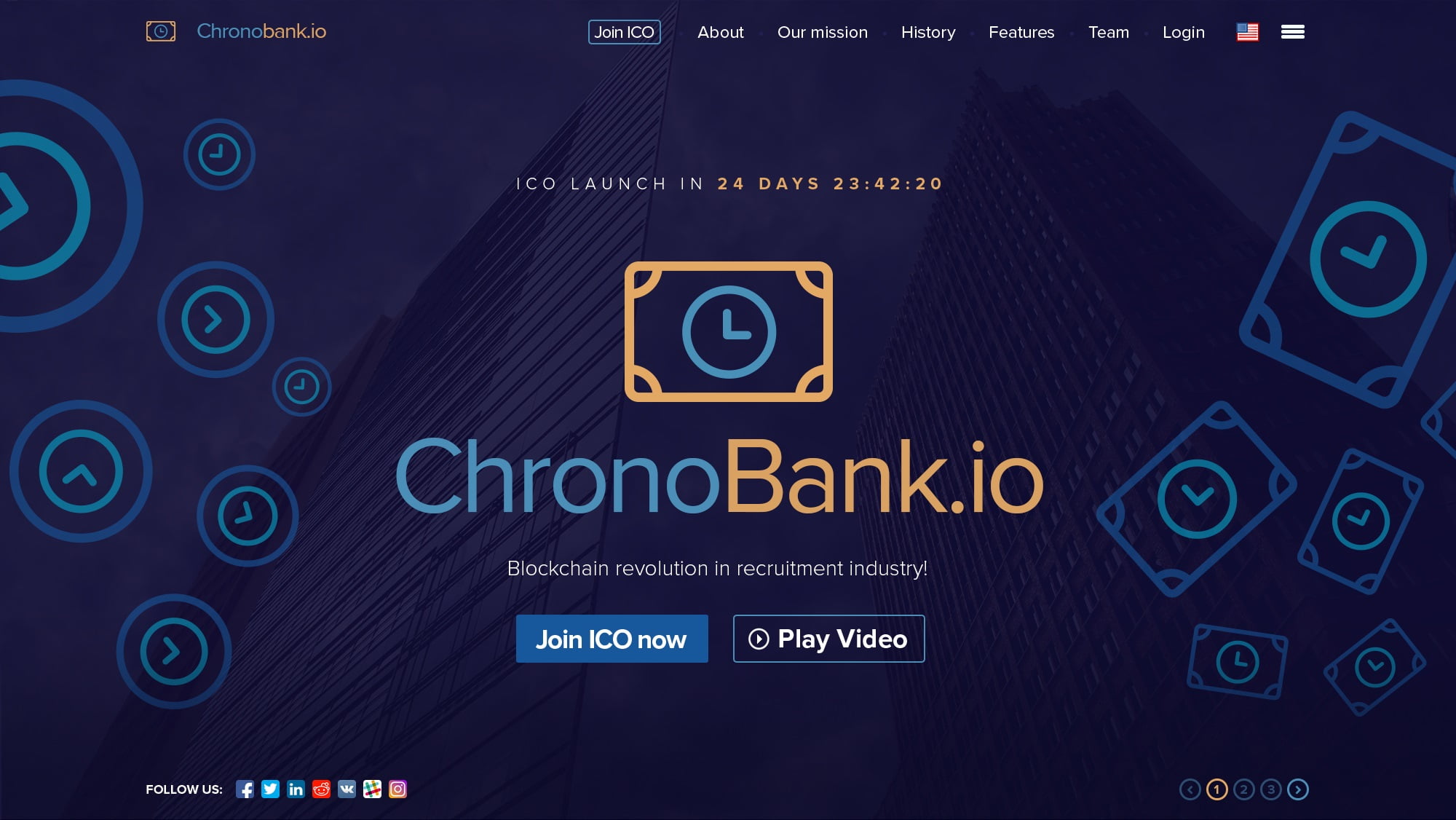 An Australia-based blockchain startup is aiming to disrupt recruitment industry in a similar manner to how, as it quotes, Uber disrupted the taxi business.

ChronoBank, as the ambitious project is titled, aims to create a finance ecosystem comprising of Human Resource experts and short-term employment seekers within key professions. By doing so, the project visions a parallel, decentralised recruitment system that is conjointly backed by “local communities, timebanks and labour-hire companies with excellent reputations and strong financial standing.”

One can find real-time examples that proves the successful implementations of such free market systems; however, limited to small regions. Ithaca Hours, for instance, is among the oldest and largest local currency systems in New York, United States, which benefits from its independence from inflation-friendly US Dollar. Chronobank visions to bring similar systems to blockchain, to ensure its adoption not just in small areas, but in a global labour marketplace.

Global is the New Local

To bridge the gap between vision and implementation, ChronoBank has already started working on strengthening the ‘independence’ quotient: By creating a time-based money — a Bitcoin-like token — that can be exchanged between parties across the world, without needing banks or other finance institutions. Aptly called National Labour-Hour (LH), the special token introduces stability by protecting users against inflation and volatility.

In its statement to NewsBTC, ChronoBank explained how their native tokens could prove much more sustainable than any prevailing fiat and crypto assets. It stated that “instead of banks to back up the value of the tokens, [ChronoBank] use major recruitment/HR/labour-hire companies that have many years of history and immaculate reputation.”

The claim, more than somewhat, appear legit, for ChronoBank has a major Australian Labour Hire company named as one of its founders. Called Edway Group Ltd, the organisation, till-date, has served more than 400,000 customers, and has firm footings in Australia’s HR, recruitment, training, technology and auxiliary service sectors.

With that said, and as asserted further by ChronoBank, LH Tokens are undoubtedly the backbone of the aforementioned blockchain project; which is why, the company is now planning to reward them to users who participate in its upcoming crowdsale.

Edway Group further plans to create LaborX, a decentralised marketplace where real world professions will be able to sell their person hours to everyone around the world in exchange of LH Tokens. Despite being a native token, LH will be able to be issued on all major blockchains, considering if there is an adequate demand.

The ChronoBank ICO will start in December 2016. More information can be found here.