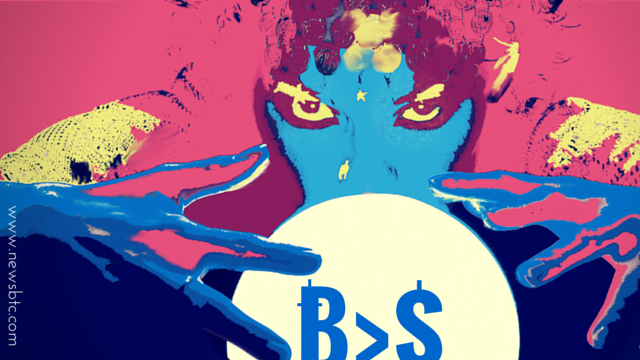 Coinbase CEO and co-founder, Brian Armstrong, has predicted Bitcoin to outpace the US dollar adoption by 2030 as a global reserve currency.

The big prediction, however, came in a little tweet. One could see it as an enthusiastic gesture from the head of one of the world’s biggest Bitcoin startups, for he didn’t provide any roadmap to dethrone the greenback. He, however, ensured that Coinbase has a “rough plan” to accelerate Bitcoin adoption in future.

Many will find this crazy, but I think bitcoin could surpass the dollar as reserve currency within 10-15 years.

As IB Times reported in this well-sketched article, the comments from Armstrong has arrived just after the reports of BNP Paribas incorporating Bitcoin into its currency funds. The France’s largest bank has indeed raised hoped for a wider digital currency adoption, for it currently works through its three strategical verticals: Retail Banking, Corporate and Investment Banking, and Investment Solutions. Each of these units could utilize the potential of Bitcoin in one way or another. But can this report — alongside many others — could inspire Armstrong to predict the sluggish demise of the world’s leading reserve currency? We beg to differ.

Armstrong’s prediction somewhat represents Bitcoin as the only true successor of the global reserve system. But, despite being the locomotive of an expected financial revolution, the digital currency seems to be cashing more on the current economical flaws than its own talents. We must not forget the deficiencies of our own before we point fingers at others.

The price volatility, perhaps, is the first thing that always comes to our minds. In next 20 years, we might still see Bitcoin achieving a greater stability, but it will still remain a decentralized entity. Would it be able to achieve a trust-based consensus? Are we sure that its network share will be saved from influential corporates, or unethical entities? The Head of European Banking Authority (EBA), Dr. Dirk Haubrich, predicted something similar in one his public interactions back in June.

Moreover, we cannot rule out the chances of countries bringing out their own version of Bitcoin in future. We must not forget that the technology that backs our favorite digital currency is still open-source. It can be experimented with, and could be improved further to create a government-backed reserve currency system. We might have too many legalized Bitcoins in future, called by different names, but unified by a single technology. The original Bitcoin might end up facing too much competition in legitimate markets, after all.

But one thing at which Armstrong hit a right node is his prediction on the Dollar. It is cursed to turn into a gun which has no bullets. Read this wonderful article to know more about the whys and hows.

Tags: 100 bitcoin startupsbitcoinbitcoin futureBitcoin NewsBitcoin USDBitcoin volatilityblockchainbrian armstrongcoinbasedigital currency
Tweet123Share196ShareSend
BitStarz Player Lands $2,459,124 Record Win! Could you be next big winner? Win up to $1,000,000 in One Spin at CryptoSlots