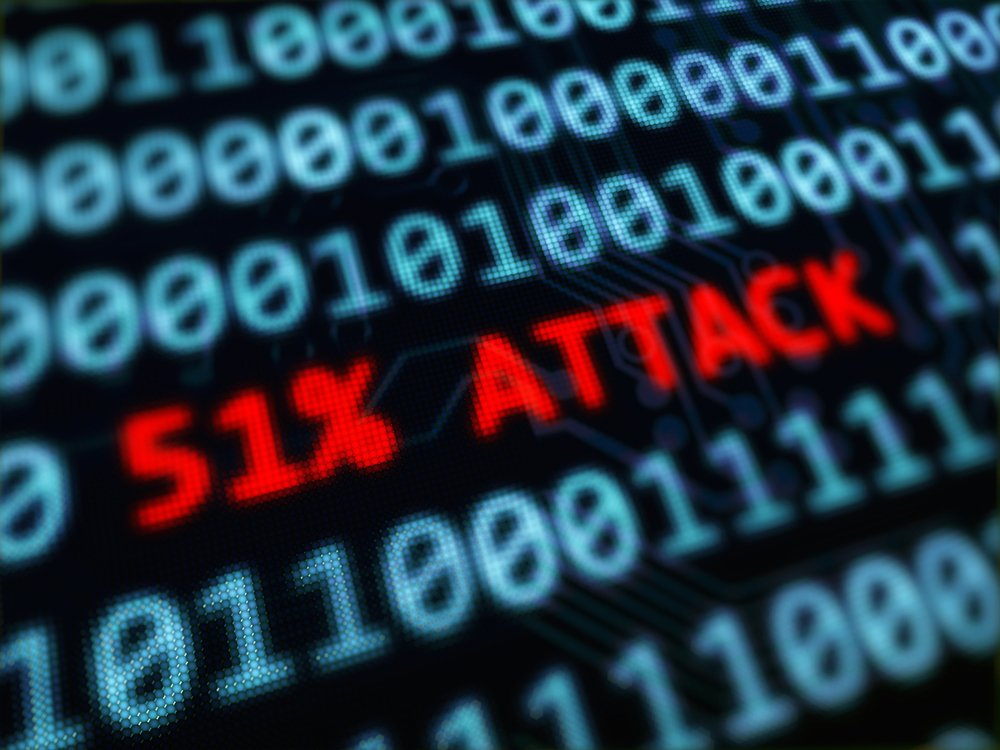 Ethereum Classic, the original unforked Ethereum blockchain, has suffered a 51% attack resulting in nearly half a million dollars worth of double spends according to Coinbase.

Coinbase detected the deep chain reorganizations over the weekend, forcing the cryptocurrency firm to freeze all Ethereum Classic transactions on their trading platforms and other products and services.

Rumors began circulating over the weekend regarding a potential chain reorganization of the Ethereum Classic blockchain, however, the official Twitter account for the cryptocurrency took to Twitter to refute the claims, saying that the ETC network appeared to be “operating normally” despite reports claiming otherwise.

Hours later, the account changed its tune and began requesting that exchanges and mining pools allowed for a “significantly higher confirmation time” on ETC withdrawals and deposits, indicating that something may be awry.

The following morning, the Twitter account for Etherchain.org confirmed the “successful 51% attack” on the Ethereum Classic network with “multiple” block reorganizations, and made recommendations that corresponding services and exchanges increased confirmation time, much like the Ethereum Classic account first suggested.

Coinbase: Nearly Half a Million in Ethereum Classic Double Spends

Following the events that transpired, Coinbase published an update on the discrepancies discovered in the Ethereum Classic network. Coinbase in a blog post said it discovered a deep chain reorganization that included a double spend that prompted the firm’s security team to halt all Ethereum Classic deposits and withdrawals.

After the initial detection that led Coinbase to pause all ETC activity, eight additional reorganizations including double spends were discovered that totaled 88,500 ETC, or roughly $446,000 at ETC’s current price of $5.04 on Coinbase Pro.

A 51% attack occurs when a miner or group of miners control the majority portion of a network’s hashpower, allowing them manipulate transactions to their advantage. In this case, the culprit selected a previous block and extended an “alternative block history” in what’s called a chain reorganization.

The cryptocurrency community took to Twitter to discuss the prominent cryptocurrency, which currently ranks in the top 20 cryptocurrencies according to CoinMarketCap. Litecoin creator Charlie Lee was among the most vocal, warning investors to “be careful” with coins that aren’t dominant in the mining algorithm they use, “especially ones that are NiceHash-able.” Lee explained that ETC is 98% NiceHash-able.

Advisor for various blockchain firms, Tim Swanson, also added his thoughts on the subject, warning that proof-of-work blockchains, such as Bitcoin and Ethereum Classic, “cannot guarantee settlement finality.” As was the case with Ethereum Classic, should any one entity gain majority control of the network’s computing power, it puts the entire blockchain and userbase at risk. Swanson warns that the “disruption to commercial activity could be devastating.”