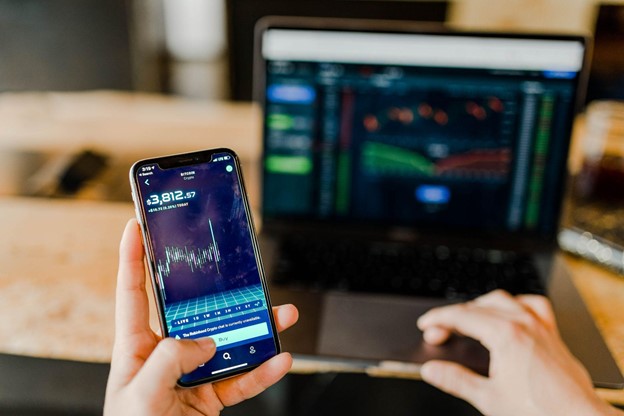 This year just keeps getting better and better for Solana. Since Sam Bankman-Fried, the CEO of FTX, famously tweeted an offer to buy SOL at a price well above its market value in January, SOL is up 12,000% for the year, and it recently broke into the crypto Top 5 as measured by market cap.

Presentations from project leaders in DeFi, NFT metaverses, and social media helped build the buzz around Solana at the sold-out conference. As the meeting drew to a close, the optimism behind these projects was contagious, knowing that Solana’s high-speed and low-cost blockchain network was giving each of these sectors a leg up in technology.

This article takes a look at three outstanding projects presented at Solana Breakpoint. Each of these projects should help lay the foundations for onboarding a new generation of a billion blockchain users seeking the rewards of participating in DeFi, exploring NFT metaverses, and keeping in touch with social media.

Hubble Protocol Explores the Universe of DeFi 2.0 on Solana

DeFi has experienced exponential growth since it began heating up in 2020. The total value locked in DeFi now stands shy of $300 billion with around $15 billion of that TVL attributed to Solana, which sits in third place behind Binance Smart Chain ($21 billion) and Ethereum ($183 billion).

Hubble Protocol, developed and launched by a former programmer at Bloomberg, is on a mission to capture even more value for Solana DeFi. By creating sustainable DeFi 2.0 services focusing on democratizing user participation and sharing revenues with the community, Hubble has a stated goal of “exploring the DeFi universe on Solana.”

The first product to launch on Hubble is a borrowing platform that lets users deposit multiple assets like SOL, BTC, and ETH to mint USDH at a capital-efficient collateral ratio of 110%. Comparisons have been made calling Hubble “the Maker DAO of Solana,” and USDH should become an integral part of DeFi on the network as a Solana native crypto-backed stablecoin.

What’s impressive about Hubble is that nearly all of the protocol’s revenue is shared with the community. Users who stake HBB, Hubble’s DAO governance token, receive the majority of the 0.5% fee for minting and redeeming USDH, and these fees are distributed in USDH.

Liquidations are collected 100% by the protocol’s users, and the arbitrage opportunities that keep USDH on peg are also significant revenue streams for those who love to arb. In addition, users who deposit their crypto on Hubble can earn yields on these deposits while they mint and borrow USDH. Yielding on deposits creates a zero-cost borrowing proposition, as these gains can cover the minting fee, and no interest is charged on loans.

The project has listed an ambitious roadmap that should take DeFi 2.0 on Solana to the next level by introducing structured products (pre-packaged DeFi strategies) and under-collateralized lending. Both of these developments are tremendous additions to DeFi as a whole, and successfully pulling them off should bring new DeFi users to Solana in droves.

Electronic gaming has been hailed as the entry point for crypto and blockchain technology’s mass adoption. The New York Times reports that the gaming metaverse could change the face of commerce in general.

The advent of play-to-earn (P2E) gaming and GameFi has led to people quitting their jobs in some countries to start making a living from playing blockchain games. P2E games are exploding in popularity, and Axie Infinity chalked up an excellent year for adoption with a token price that has blown through the roof again and again.

However, most of the offerings that have driven the crypto gaming boom up until now, like Axie Infinity, can be described as turn-based card games. Now, pair a “grand strategy game of space exploration, territorial conquest, political domination, and more” with the 3D power of Unreal Engine 5, and you get the revolution in blockchain gaming that is Star Atlas.

If Star Atlas’s gameplay graphics are even half as mesmerizing as its spine-tingling trailer, then wow. The technological leap into 3D that powered games built with Unreal Engine will finally bring the immersion and open-world gameplay of massively multiplayer online role-playing games (MMORPGs) to blockchain gaming and P2E.

Star Atlas is set in the year 2620, a future where three warring factions battle for resources across the universe. Gameplay is driven by NFTs, which means real assets with monetary value will be won and lost as gamers participate in battle. Still, players can enter safer levels to train and learn how the game works before entering the “Wild Frontier,” where anything goes.

Players in the Star Atlas metaverse will find many possibilities for things to do and ways to play to earn. There’s a long list of roles players can choose from, and Star Atlas has planned out a massive in-game economy where users can mine for a profit and even secure DeFi loans and insurance policies on ships.

Star Atlas has begun releasing mini-games pre-launch, and their Discord server has already attracted 100,000 users. Once full gameplay is launched, it will be interesting to see how many people quit their jobs to P2E full time!

Social media took center stage at Breakpoint on several occasions. During Sam Bankman-Fried’s participation in a talk about Solana that was piped in on the big screen, he mentioned that Solana was the only blockchain capable of delivering any social media presence.

While no one project stood out during the conference’s three days of presentations, social media was on the tip of everyone’s tongue. One of Reddit’s Co-Founders, Alexis Ohanian, filled a slot on the last day of Breakpoint to talk about why he and his venture firm Seven Seven Six were pledging $100 million to develop social media on Solana.

This investment doubles the original $50 million pledged by Ohanian in partnership with the Solana Foundation. Ohanian echoed SBF’s claims that Solana would become the home for social media as he added that Web3, in general, would flourish on the network.

Ohanian is quoted as saying, “There is an unprecedented opportunity to fuse social and crypto in a way that feels like a Web2 social product but with the added incentive of empowering users with real ownership,” and that Solana would be the network that makes this possible.

It’s too early to tell which project will rise as a leader in providing social media services for the future of Web3 on Solana. However, with $100 million in funding set aside to develop the sector, watch out for social media platforms as they build on Solana soon.

Solana’s network advertises speeds of up to 65,000 transactions per second (TPS), with block times clocking in at 400 milliseconds per block, making Solana the fastest public blockchain available today.

Furthermore, with an average transaction price of $0.00025, Solana is also one of the cheapest blockchains for users and developers on the market.

It shouldn’t come as a surprise that there are reports of many users switching over to use Solana from Ethereum. The network that invented smart contracts, Ethereum, advertises around 15-30 TPS with transactions costing approximately $50 each.

Raj Gokal, Co-Founder of Solana, took the stage with Alexis Ohanian and at one point stated at the Breakpoint conference that his network plans to onboard over a billion people in the next few years. If Breakpoint serves as an indicator of Solana’s success, the DeFi, NFT, and social media projects lining up to build Solana’s future might make that billion-user figure a reality.