Compliance Is The New Black 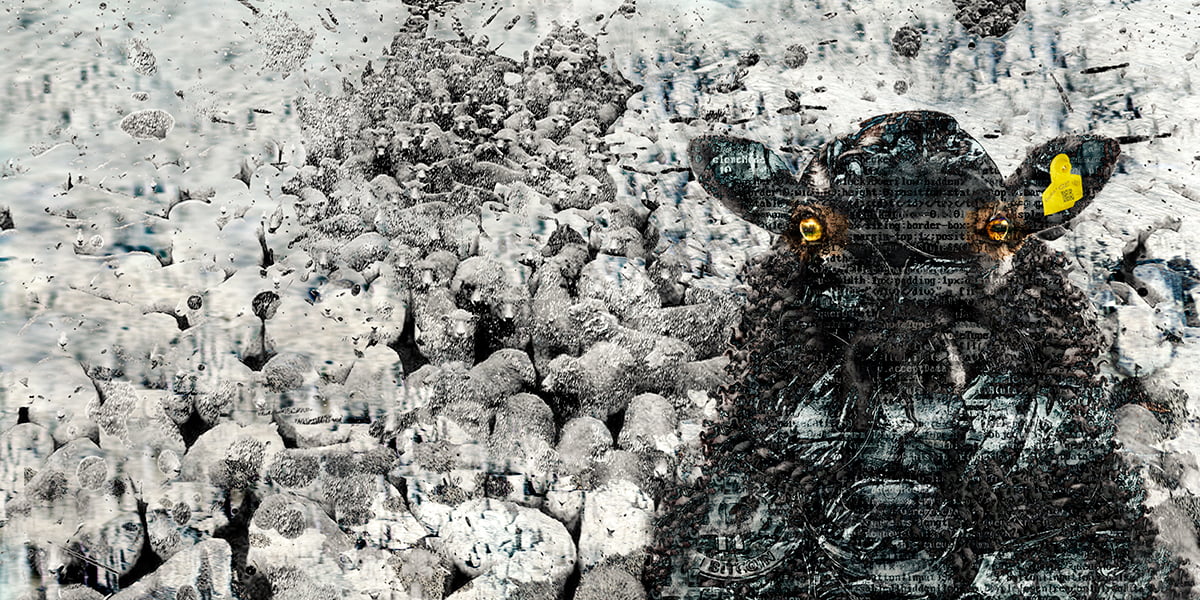 Visiting home is always good. I arrived at the Heathrow airport for my flight to Helsinki in a very smooth state of mind listening to the Bad Crypto Podcast ep that had just come out. This soon changed as I left the to-be-exhibited 2/12 Gold edition of ‘Fork and Flip’ in the men’s bathroom. This became apparent only after having checked in my bag and having gone through security. Luckily I was there early so had time to sweat buckets for two hours running around asking airport staff to help me find it – which they eventually did. Big ups for the Heathrow crew for that!

The Blockchain and Bitcoin Conference Finland on May 25h was a surprise in some ways. Finns are notorious for their stance towards obeying societally set rules. There is even a TV series about them as there are simply too many. The thing about rules is that they don’t necessarily solve the problem. Sometimes they just create one. This A to B example is of a Helsinki restaurant where the customers are forced to ask the restaurant staff to carry their drinks to the terrace. It is because of the ‘sidewalk alcohol legislation’ about the in-between space.

People actually do it too. Due to this, the atmosphere of the country is not generally quick to adopt controversial innovations like blockchain fast, so the event was a much more ‘flying under the radar’ deal than the international scene usually is. The attendance number at a 150 was something that could have been expected elsewhere in early 2017. The local and international speakers were on point, the scene and setting were great but only half the seats were filled. This did not prevent the passion from being felt by those present. It was also good to see the politician Annina Ruottu attending the event. This kind of forward thinking in the political sphere is uncommon.

There are of course many positive sides to this as well from getting bank accounts fast to trusting the time arrival of public transport. The place is mostly well organized for sure. Wallets left on tables are often returned money inside to those blissfully walking away. The very clean air/water are a bonus too coming from London let alone Cairo or similar. The social well-being safety net built in the boom of 80’s and the health care system is in a real crisis (personal experience) but a general spirit of honesty and truthfulness still bind people together. For creative and entrepreneurial people who like to challenge the status quo and innovate, this frequency leaves very little breathing space. Add high taxes and very little sunlight throughout the year to the above and you get an interesting mix. This is why you need Sisu. As I had an exhibition booth, I missed many of the presentations of the day but was offered a chance to be on stage. The one I caught before presenting my 5-minutes of ‘creativity on the blockchain’ pitch was by Stefano Virgilli. Stefan is the CEO at VOX.sg Advisory Singapore with stunning resume from the financial world. What was most impressive to me, however, was his close to hundred certificates from Adobe. The depth of knowledge this guy has on key software for my creativity is unrivaled anywhere in the world. His no BS attitude and presentation was a breath of fresh air about ICO’s. The other cool gent I had the privilege of hanging out with turned out to become an inspirational figure regarding the birth of the “Compliance is the new black’ art piece.

Zachary Reece is implementing an ambitiously and carefully put together a vision for a coming full-service investment institution, Lotus Investment Strategies. Some people’s presence is simply impossible to ignore and this guys energy was infectious. Some of the stuff he was telling me about self-directed brokerage accounts, managed products, and precious metal solutions as a ‘one-stop super shop’ flew over my head but I know when someone has their thing together and are driven to succeed through helping others. Below both of these gents and on his knee, my friend Sampsa Fabritius, a pragmatic utopian, are doing their thing by the AFC booth. I’m proud to call them all my friends now. During the final conference panel, emotions got heated in between an audience member and the panelist Zachary. The point of conflict was about whether Bitcoin should be left alone to figure out its own regulation or if it was something absolutely necessary for mass adoption via some consumer protection. ‘Regulation is coming so get ready’ was the general view of the panel as well that at least some were necessary. No one was about to just roll over though and everyone knows the banks, as well as government, are ultimately going to lose a lot of power through this innovation. Andreas Antonopoulos, in one of his most popular lectures, put it simply as:” Bitcoin allows individuals to start behaving like how the multinational companies are already behaving.” During this interesting and sometimes temp rising debate, Anu Honkalinna from Nestholma blurted out:’ Compliance is the new black’ which got a laugh. Regulation is hot as the topic refused to step aside. No one can stop the blockchain tide so avoiding unnecessary conflict through compliance is healthy. There have been plenty of scams to write home about. The debate is tricky though, as in some ways it is the light bulb asking the candle for approval.

All of a sudden, when talking about crypto, many people talk like Wall Steet and the government has a flawless track record of honorable conduct and somehow have it all together in comparison to crypto. No FIAT, of course, has big volatility and everything in Venezuela is hunky dory. It is illegal there now to report someone as having starved to death, so it doesn’t really happen. The Unchained episode with Jesse Powell, CEO of Kraken, is a perfect example of compliance requirements being about shady tactics by the status quo. If at this point you would like to hear one of the most in-depth interviews regarding my art, blockchain, society, and spirit I can recommend this podcast recorded on the last day of the trip with my longtime friend Robert J Janetzko. I was very impressed with what he has put together with this show in a short amount of time and this guy has a story of his own too.

There are many points in this I’ve been unable to express elsewhere. Admittedly, there were a few things that were a bit too ‘rant rabbit hole’. Call it ICO incongruency fatigue and sustained art world damage. It was good to shake off some old dust and the ep does illustrate well why my outlook is not necessarily compatible with current Finnish mindset regulation. Most topics, of course, are in positive forward motion, in an attempt to propel the conversation about our collective future forward. The whole thing left me feeling very grateful that I could once again go home for a bit, enjoy the phenomenal summer weather, the crypto event feels, friends, family, and the ever-punctual tram line.

The most valuable thing though was my 92-year grandmother making me gluten-free pancakes on Sunday with her shaking hands. She learned how to do them as she got to know I had become allergic to wheat. That kind of value? You can’t buy with FIAT nor crypto.