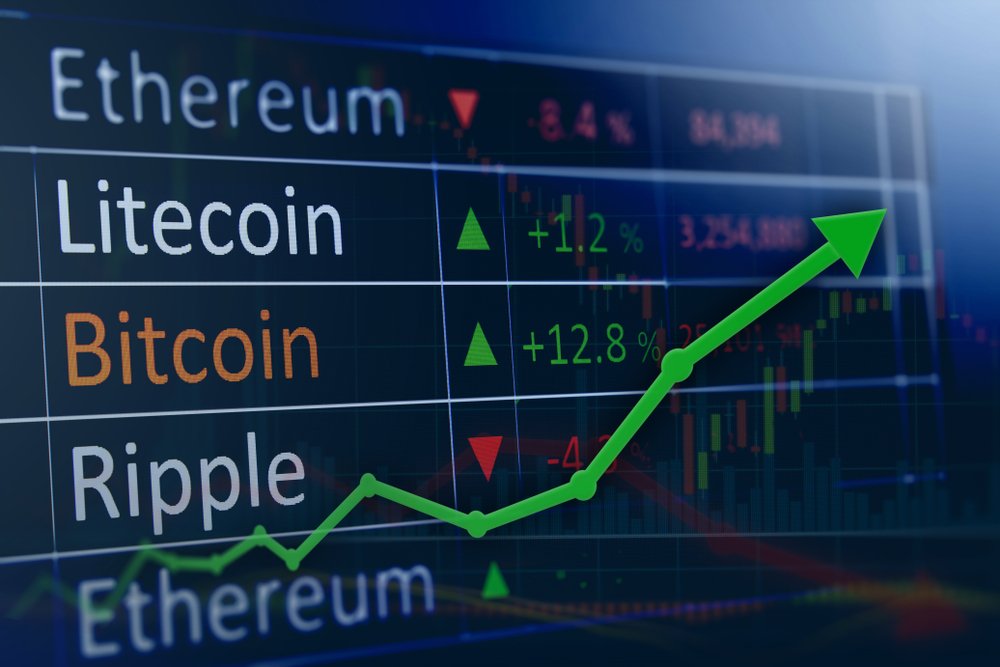 After largely trading sideways (discounting a break to the downside on January 10) for all of 2019, the total market capitalisation for the entire crypto market has shot up abruptly. Of the top 100 coins, only two are not in the green for the last 24-hours of trading.

The biggest winners of the day include Litecoin. The project that is due to undergo a block reward halving this year has posted 30 percent gains since this time yesterday.

The crypto markets are once again on the move. Unlike many previous shifts over the 13 months of bear market, prices are actually rising. Excluding two coins, the entire top 100 digital currencies by market capitalisation posted gains for the previous 24-hour period.

The market capitalisation of all cryptocurrencies combined shot up by more than 9.15% since the clock passed midnight today. This represents more than 10 billion being added to the market in just over 20 hours.

The only two digital currencies not showing green figures today were DAI and USD Coin. Since these two coins have been designed for prices to remain stable, their negligible losses of 1.41 percent and 0.3 percent respectively have not shifted either too far from their target price of US$1.

All other tokens have posted green figures for the day. The gains ranged from less than one percent to over an impressive 32 percent. The top performer of the day was the native digital currency of the ARK network – a project attempting to link different blockchains together.

What’s Going on With Litecoin?

The most notable coin posting massive gains over the last 24-hours was Litecoin (LTC). The well-established digital asset surged just shy of 30 percent. This standout performance from the top 10 coins is believed to be associated with the block reward halving event taking place this August. As has been observed in Bitcoin previously, the restriction of supply hitting markets exacerbates whatever buying pressure there is. This causes prices to increase faster since there are fewer coins for speculators to buy.

Liftoff for $LTC, that volume though…? pic.twitter.com/capvg6bkOB

Moon Overlord has Tweeted a lot about the August halving of Litecoin and that of Bitcoin (due in 2020). The analyst believes that we are indeed seeing the start of extra buying pressure from those hoping to take advantage of the shifting market fundamentals:

This might well account for the gains experienced over the last 24-hours by Litecoin. However, it does little to justify the increased optimism across the markets of every top 100 cryptocurrency. Could Bitcoin et al. have bottomed out after the colossal losses experienced since the highs over a year ago? Could the long-awaited finally bull market be here?

It is, of course, much too early to draw such conclusions. However, it’s certainly nice to see green figures across the board for a change.