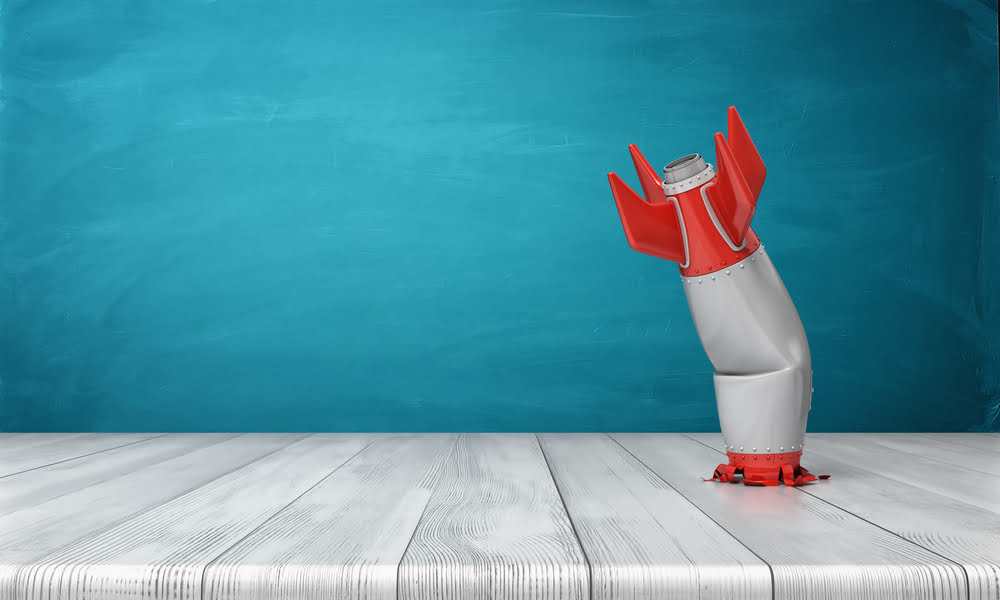 Although the crypto market has been surging since the start of 2020, the Bitcoin and altcoins may be experiencing the early stages of the year’s first major correction.

The technical structure of the recent, short-term uptrend has been broken, suggesting that further downside is due in the days ahead. However, the uptrend on higher timeframes remains strong, so any correction is likely limited and will rebound to new highs following a local low being set.

The crypto asset class has been among the best-performing assets of the new year, across any financial market, behind only select standouts like Tesla.

Bitcoin is up over 40% year-to-date, and altcoins across the board have been skyrocketing. The number two cryptocurrency by market cap Ethereum has risen over 100%, doubling in value in just a few weeks.

Meanwhile, lower down the list, altcoins like Link or Tezos have been on fire, quadrupling in value in just a few short weeks into the new year.

But the explosive uptrend may be coming to an end, at least in the short term, according to a break in market structure.

Uptrends by definition are a series of higher lows and higher highs put in consecutively following an ultimate low being set. The uptrend is over once a high is put in, and a lower low is later set to confirm the conclusion of the bullish momentum.

On daily timeframes, the total cryptocurrency market is just hours away from setting its first lower low since the uptrend began.

Technically, two wicks have already touched lower lows, but no daily price candles have closed below the low set on February 10.

When looking at an uptrend channel that has formed throughout the year, the total crypto market cap can still be seen trading within the channel. A wick extends out of the bottom of the channel, but again, no candle has closed to confirm the lower low and finish to the uptrend.

The lack of a candle close could indicate that the total crypto market could surge higher from here, but after over 70% gains across the board, more than 10% correction is likely warranted and due in the days ahead.

Even if a deep correction arrives, the uptrend is still safe and intact on higher timeframes such as the weekly and monthly. It is only shorter timeframes that are in jeopardy.

A new lower low on weekly timeframes won’t be set until the market cap falls under $219 billion. The total crypto market value current rests at $276 billion, up from a low of $165 billion set back in late December 2019.

On monthly timeframes, a new lower low won’t be set unless the market falls back below $165 billion. Such an event would suggest the long-term trend was turning back to bearish, and an extended downtrend would be almost guaranteed.

Such an event is extremely unlikely after two full years of a bear market and with so many signals confirming that a new bull market is forming for Bitcoin and altcoins in the months ahead.