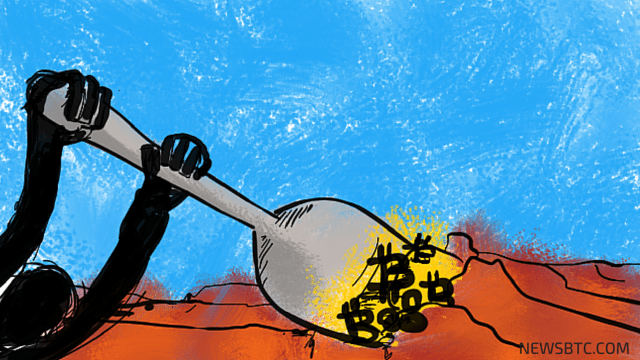 People living in colder countries will know the dread of the heating bill’s arrival all-too-well. However, two enterprising men from Siberia have figured out a way to not only heat their home for free but to actually make money out of it. Using the heat generated from cryptocurrency miners, the pair have been testing out what appears to be the world’s very first Bitcoin heating system.

To secure the Bitcoin network and process transactions requires a lot of computer processing power and anyone who’s ever done a mammoth work session using a laptop on their knee will vouch for the heat that’s generated through computation alone. The two have harnessed this to heat a home and in the process are generating around $430 a month.

Those interested in cyptocurrency mining have long sought out cheap electricity and cool climates to operate in. The immense heat given off in large mining “farms” requires huge extraction units to keep processors cool. The more help miners can get from nature, the less their overall operational costs are.

With all that in mind Iya Frolov and Dmitry Tolmachyov set out to combine the problem of heating a house during a cold Siberian winter with crypto mining. Their solution was to build a wooden cottage in the Russian town of Irkutsk. The site chosen is close to numerous large hydro electric power stations and of course, being Siberia, its pretty cold. These two factors make the spot ideal to test out the prototype of their heating system.

The devices themselves heat lquid which is then pumped around a radiator system, much like a traditional gas central heating unit. Dmitry Tomochyov, builder, entrepreneur, and now crypto miner told Quartz:

People who mine cryptocurrencies use big miners and they just heat the atmosphere. And we say, “No, the environment! We shouldn’t heat the atmosphere.” We have a nine-month long heating season. We should heat our homes. The miners should not be concentrated in one place. They should be in various places, in private homes. The technology allows it nowadays.*

The Siberian inventor alludes to the issue of centralised mining and thinks his design could be a way to spread out the activity, thus diffusing the power of network actors and strengthened the Bitcoin protocol. The pair’s creation is just a prototype for now and they hope that in future, other Siberian families will heat their homes using crypto miners.

Tags: bitcoinBitcoin Newscryptocurrencyminingmining rigrussiasiberia
Tweet123Share196ShareSend
Win up to $1,000,000 in One Spin at CryptoSlots