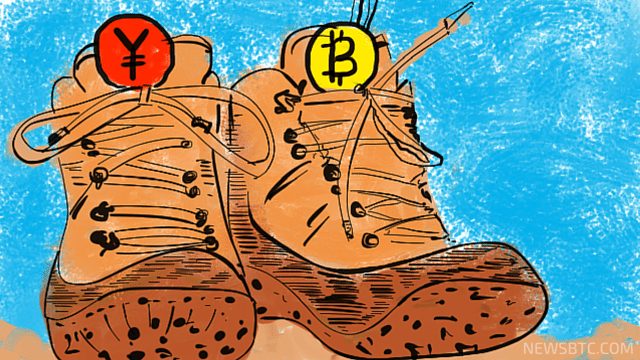 Yes, you read that right! The daily volume in the Bitcoin-yuan pair on the leading Chinese Bitcoin exchange BTCC has soared to more than double what the volume was in the past 6 months. During this period, the price of the pair first reached a stratospheric valuation of 3,340 and then immediately tanked to 1,810.

The volume in the subsequent recovery has been strong, as well. The level has quickly recovered to 2,609, and the bulls look formidable.

Take a look at the daily BTC-CNY price chart above.

For the period spanning mid-May to early November, neither the rallies nor the declines had this level of active participation.

Factors behind the rising volume

Successive rounds of monetary easing have made loans cheaper, which is pushing the financial market participants to trade more, leading to rising volumes on China’s prominent Bitcoin exchange.

The inclusion also means that foreign participants will now be able to invest more in China; according to Standard Chartered Bank, at least $1tn of foreign funds are expected to hit the Chinese markets following the move.

To stay competitive, the Chinese central bank may extend its stimulus program even further, which may reflect in increasing volume on Bitcoin exchanges.

Although Bitcoin-yuan may be a strong bullish bet, it runs the dangerous risk of being quickly overbought. Traders should take note of this before they go on a buying spree due to easy and cheap liquidity.