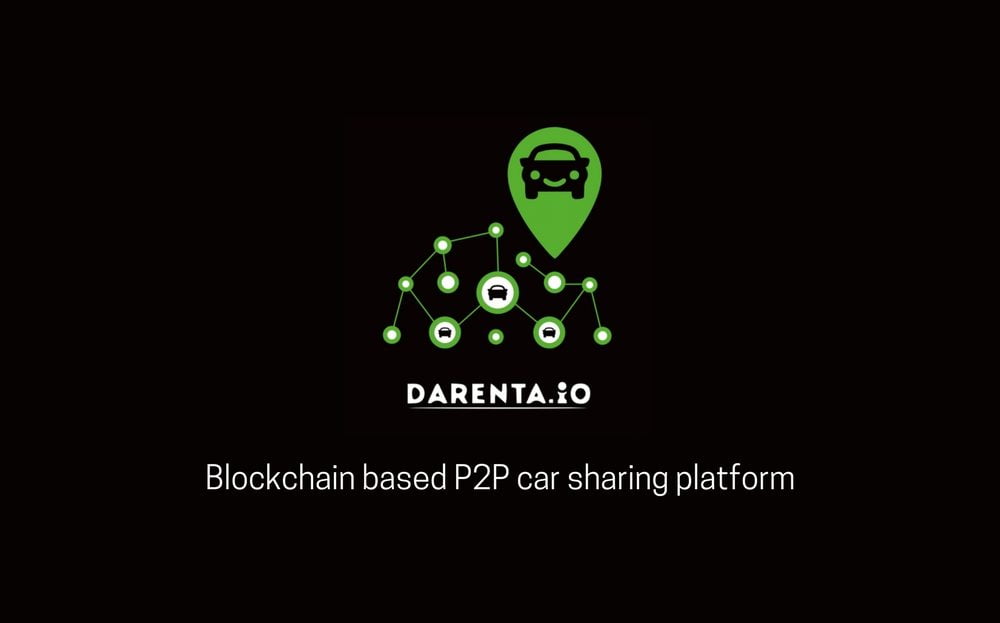 Darenta, an international decentralized IT platform for rental of private automobiles (carsharing), opens the public sale of its ProducTokens (PROD) on December 31. A successful P2P carsharing venture headquartered in Moscow, it currently has a fleet numbering around 1,000 cars and more than 5,000 registered users in 120 cities worldwide. The company plans to secure a foothold in the Chinese market by the end of 2018, scaling up its business by at least twofold. Darenta’s service is unique in that it creates a blockchain platform that allows users to find a source of extra income by renting out their private cars when they are not using them.

“So far, we are the second-largest blockchain-based P2P carsharing company in the world, but we are growing fast,” says company general director Oleg Gribanov. “Everyone who purchases 100,000 PROD tokens during our ICO will automatically receive the status of a franchise, which will ensure the vigorous ratcheting up of the project. We plan to double the number of cars, users, and transactions by the end of 2018, and to build our business on new European and Asian markets.”

Darenta is working with ICOBox, the leading supplier of boxed ICO solutions, to carry out the ICO and collect the funds necessary to develop its service and implement a global marketing strategy. During the ICO, which will run from December 31, 2017, through March 31, 2018, 67,250,000 PROD tokens will be offered for sale at a price of $1 per token.

Tokens can be purchased using any of 63 popular cryptocurrencies. The project plans to bring in $67,250,000 through token sales. Darenta is tokenizing its services in order to transform them into an autonomous decentralized car rental service, allowing users to contact each other directly using the platform. The funds collected will be spent on a global marketing campaign and on attracting new car owners. The secure new system will be based on encrypted smart contracts, which will record user comments and recommendations, as well as vehicle accident histories. The blockchain platform rules out the possibility of manipulation of the rating. Users with a negative rating will be removed from the system, while those who receive positive comments will be eligible to participate in various bonus programs. The updated carsharing service is expected to be beneficial and interesting to both renters and car owners.

The services of the new platform will be aimed at promising markets such as China, India, and other countries with a steady stream of tourists, like Greece, Thailand, and Cyprus. In Western Europe, it is already not uncommon for several families to take turns using one car. The new platform will make this system more flexible and reliable.

According to Mr. Gribanov, Darenta may hold up to 50% of the entire Chinese private car rental market within one year after the ICO. “In 2013, less than 1% of all cars in China participated in carsharing. But the situation is rapidly changing, with this industry now receiving major support from the Chinese government. The average growth rate in the carsharing market is currently 83%, which shows the huge potential of our business. During the first year of our international expansion, we will seek to capture half of the Chinese private car rental market, which is up to 50,000 cars.”

Today the company is competing with both traditional carsharing companies that service retail customers, and with carsharing companies that work only with businesses. However, its business model sets it apart, as it does not involve the company having its own fleet of cars, leading to considerable savings on operating expenses. The ICO will make it possible for the team to bring a brand-new service to the international market, to expand its international activity, to exponentially increase the user base, to modernize its business, and to offer new economic opportunities to its token holders.

For more detailed information on the project, please see the project’s website at https://darenta.io.