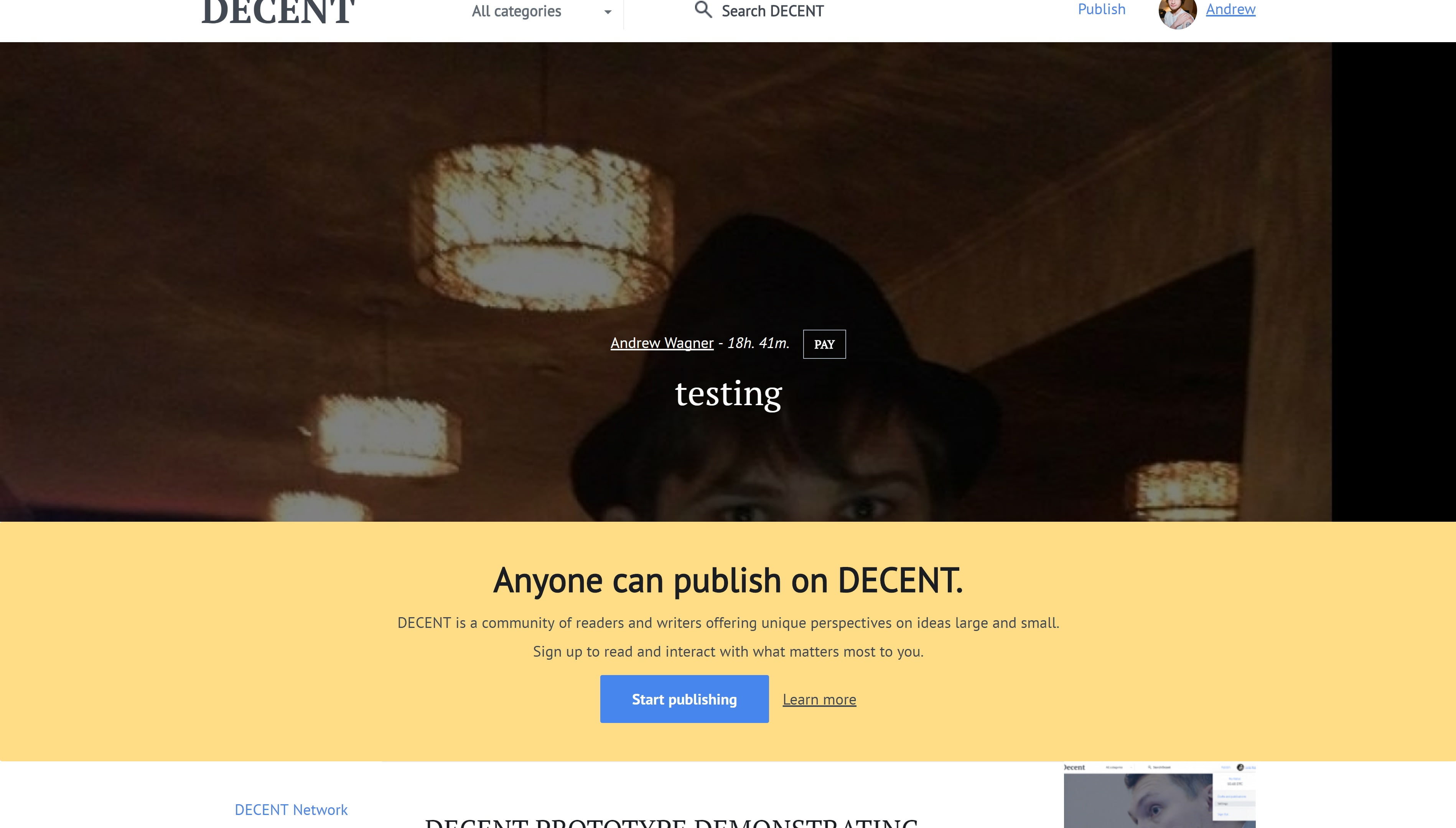 It’s back to business as usual with DECENT, now that their 8-week initial token offering is over. Having raised ~5,881 bitcoins (currently over $4.3 million USD) and generated around 38.5 million DCT tokens, the decentralized content distribution platform has acquired key partners such as Naughty America, Fastweb and CoinMine.

Now they’re putting those resources to good use. In September, they hired Anatoly Ressin, a blockchain enthusiast with extensive experience in scripting languages. He is one of many new developers, which DECENT began heavily recruiting at the beginning of October in order to fulfill the promises laid out in their roadmap.

A lot of that development is occurring in Yerevan, Armenia, AKA “the Silicon Valley of Transcaucasia,” which is home to hundreds of tech companies. That’s where they’ve established the Blockchain R&D Hub, led by Harvard grad Gagik Yeghiazarian. This subsidiary will help build the core blockchain architecture as well as apps on top of the DECENT platform, such as DECENT Web, DECENT Music, DECENT Books, and DECENT Stream.

The DECENT Web App is perhaps the simplest of those, so the Research and Development team in Yerevan have been focusing on that, first. It was announced with details about how it will work on October 31st, and it’s pretty straightforward.

You make an account via the same process you’re used to on other websites, registering via email and optionally connecting to your social media accounts. Once inside, you can customize your profile with an image and other details, and see how much DCT you have in your hot wallet. The DCT might be necessary in case you want to access content that comes with a fee, presumably a small microtransaction.

You can also produce your own content, and decide for yourself whether it should be free or not. It’s basically like a blog, letting you choose an image and write about whatever you want. This makes it somewhat competitive with things like Steemit, except authors don’t receive newly-minted coins (only miners do), and possibly don’t receive any, at all. This prevents inflation, and is advantageous in how the original author is intricately recorded in the DECENT blockchain no matter how far and wide the content spreads.

The demo became available to the public on November 3rd, so I tried it myself, which you can also do at http://blog.decent.ch/. It’s still in the very early stages—the DCT balance shown is obviously test tokens—but you can post content, designate it as public or private, set a price (or none) and read what others have published. Your posts aren’t very customizable, yet, but that’s reasonable for a prototype at this stage. It does momentarily slow down or crash more frequently than I’d like, though.

All in all, it seems like the DECENT team is making fair progress. NewsBTC looks forward to being one of the many publishers on their platform as part of our partnership agreement.