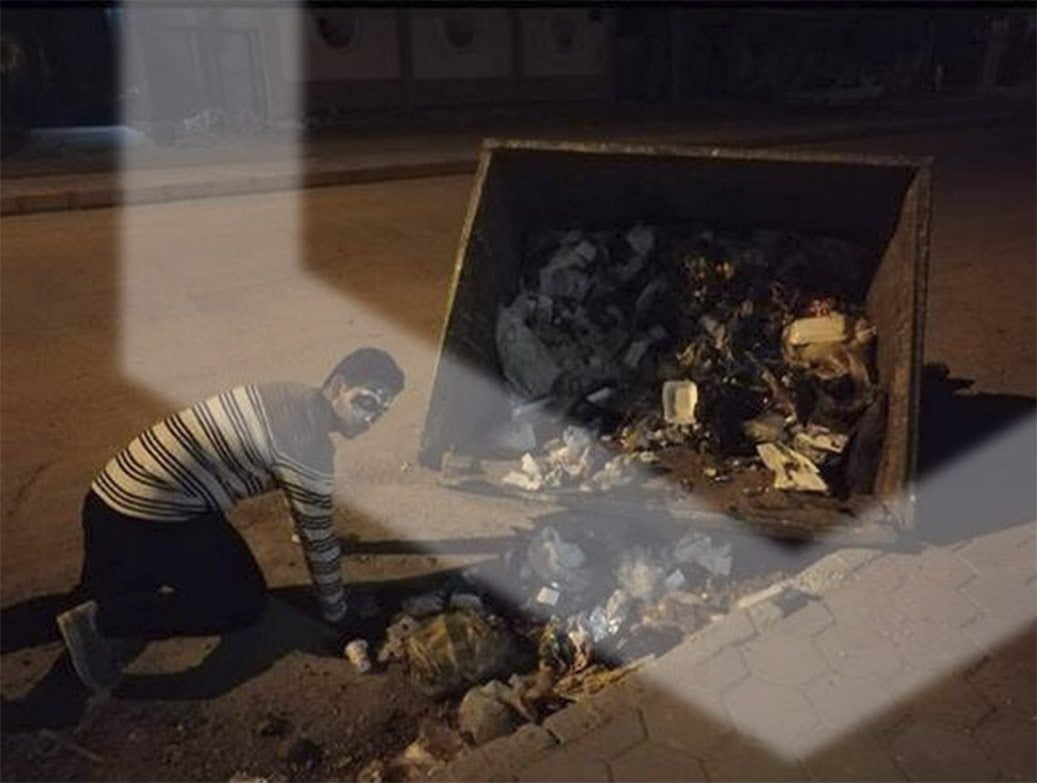 Desperate Man Dresses Up As Raccoon To Steal Bitcoins

Cyber-criminals attempting to con people out of their Bitcoin are getting more and more creative — but we’ve never seen anything like this: a would-be victim has convinced a Bitcoin scammer to paint his face like a raccoon and rifle through his neighbor’s trash can. The pictures of their interaction and resulting photos have since gone viral as the prankster somehow got the Egyptian conman to comply with strange demands.

As reported by the Irish Mirror, Belfast man Neil Murphy, 34, was sent a friend request on Facebook with messages inquiring about Bitcoin. Murphy’s suspicions were immediately aroused that it could be a scam, but he decided to have some fun.

Instead of telling Yousef, who said he was from Egypt, to leave him alone, he agreed to send him 0.15 Bitcoin if Yousef dressed up as a raccoon and foraged through his neighbor’s trash cans. When Yousef asked for $100 worth of Bitcoin in a bid to secure the deal, Murphy said:

“I cannot trust you. I have been scammed before. “Last time I sent somebody the Bitcoin and he sent me a picture of him dressed as a badger instead of a racoon and he didn’t even scavenge in a bin.”

Yosef, somehow obliged, saying: “I’ll wear the raccoons and send you a picture.”

“I also love raccoons very much and we have a farm that has a lot of them.”

He then told Murphy that it would take him at least two days to source the outfit and take the pictures. Murphy replied: “Ok maybe you don’t even need to buy a costume you could just put some white stripes on your face and you will look like an natural raccoon.”

For the final set of photos, Murphy made some more demands. He asked Yousef to wear a black and white striped top — for a more realistic raccoon look — and said he wanted there to be more trash in the photo and for it to be taken at night.

The desperate scammer complied and sent more photos of himself in the striped top, this time scavenging in a huge over-turned trash can. Murphy, then, decided to end things and told Yousef he would not be receiving any money. In response the scammer blocked him.

The full conversation can be found here.