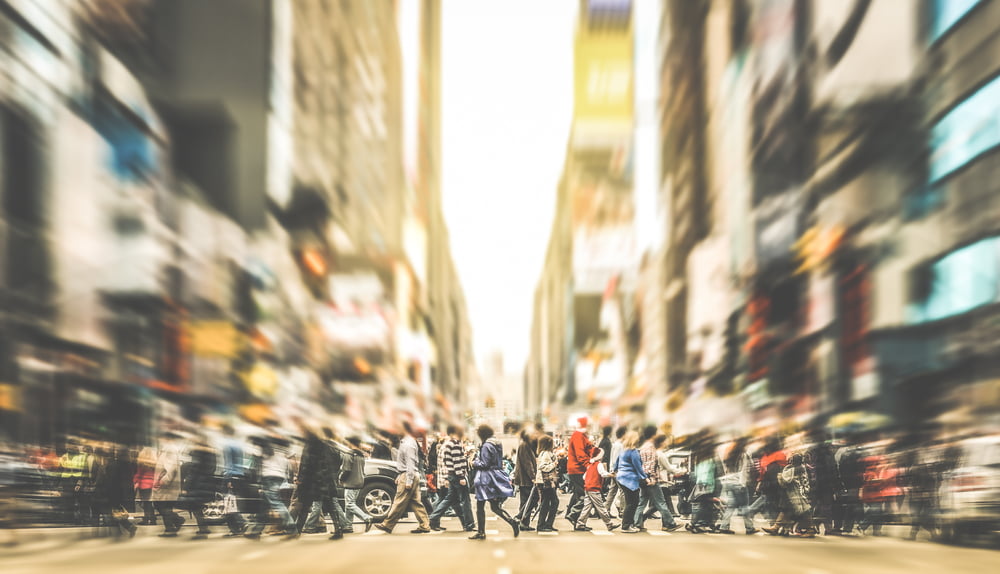 It isn’t a secret that Bitcoin has yet to see adoption. Few online merchants accept the cryptocurrency. And the same could be said for retailers and food establishments. But, over the past 24 months, the underlying industry tides have begun to shift in Bitcoin’s favor, as forward-thinking developers have started to flow into this space en-masse. A prominent venture capitalist claims that this should set the stage for BTC to garner traction with a mainstream audience.

Chris Burniske, a partner at Placeholder Ventures, noted that while crypto hasn’t seen mainstream adoption yet, developers have begun to flock to developing blockchain services and platforms. Burniske explains that coders adopting a newfangled innovation before the general public is only natural, touching about the qualms that developers face with working on centralized platforms that are overly competitive and constraining.

He adds that as cryptocurrencies and their respective networks are permissionless, “fringe” developers can build what they want, when they want, and in whatever manner they would like, fostering innovation and setting precedent for pro-consumer products. And with that, he concluded that instead of garnering traction through psychological conversion, crypto will succeed through “novel services, or on-par services offered for cheaper than companies can, which will convert mainstream users to crypto.”

But he made it clear that the road to the creation of such offerings isn’t cut and dried. Or is it really?

Although Burniske seems to be under the impression that it will be hard to “convert” retail investors from the legacy system to one based on decentralization and peer-to-peer qualities, adoption may be closer than some may expect.

Jack Dorsey, the chief executive of both Square and Twitter, recently confirmed that he would be looking into adding support for the Lightning Network into Square’s Cash App, one of the most popular applications on the App Store. Commentators argued that this integration, which would push merchants to accept BTC, could be just as large as a crypto-backed exchange-traded fund (ETF).

South Korean technology mainstay Samsung took to the Mobile World Congress in Barcelona to divulge that its flagship — the Galaxy S10 — would come with a crypto wallet built-in, opening dozens of millions up to this space.

Just recently, Kroger, a $22 billion American retailer, divulged that it would be dropping support for Visa-based plastic, due to rapidly growing interchange fees. In a statement, Kroger’s Mike Schlotman remarked that Visa has evidently been “misusing” its position to charge retailers “excessive fees.”

Related Reading: Crypto Programmer: Goal of Bitcoin is to Bypass Existing Financial System, Not to Support it

While Schlotman and his peers made no mention of Bitcoin or cryptocurrencies, the ecosystem surrounding this nascent asset class quickly got to work, picketing for Kroger to accept BTC in some way, shape, or form. Establishment skeptic Anthony Pompliano, who heads Morgan Creek Digital, spearheaded this movement.

After news of Kroger’s sudden decision to drop Visa spread, Pompliano reached out to the American institution on Twitter, claiming he would fly down to Kroger headquarters to give them a Lightning Network demo. Funnily enough, someone responded. Nick, a product manager at Kroger Digital, remarked that he would “love to set up a conversation.”

Just finished up first call with someone on Kroger Digital team.

And just days later, Pompliano took to Twitter to confirm that he finished up a call with Kroger Digital’s “world-class, forward-thinking crew,” before quipping that “things are progressing.” Some took this as a hint that the long-standing American company is seriously looking into Lightning, which promotes near-free, rapid, secure, somewhat private, and immutable transactions, much unlike Visa’s hefty fees and relatively lengthy confirmation finality times.

If the Ohio-headquartered company accepts Bitcoin, the cryptocurrency would be endorsed by a bigwig. And more likely than not, the dominos will fall, creating a wave of “FOMO” that could sweep across the vast ocean that is corporate America. But who will follow Kroger’s footsteps, if at all? Considering Bakkt’s partnerships, it could very well be Starbucks, Microsoft, or some combination of the two.

Across the pond, adoption has also been doing well and is arguably on orders of magnitudes ahead of America. Case in point, Japan has seen monumental levels of adoption. Per previous reports from this outlet, local banking giant Mizuho Financial will be launching its own digital asset, while e-commerce heavyweight Rakuten has plans to integrate cryptocurrency payments into its business.

So, it remains clear that fundamentals in this space aren’t doing all too bad, despite what cynics and some mainstream media outlets would like to say.