Digital Gold: A Vivid Guide to the Characters Who Built Bitcoin 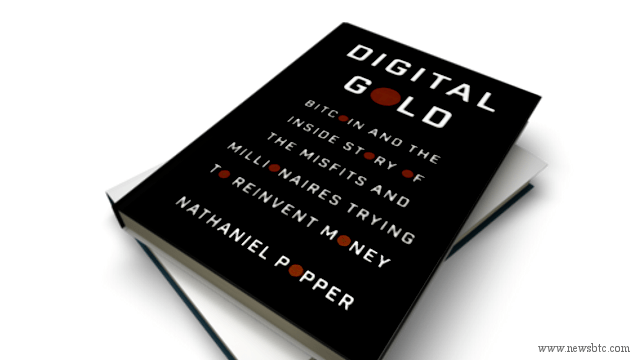 Author and New York Times reporter Nathaniel Popper came up with a vivid guide to the characters who were responsible for the birth of bitcoin in his newly released book called Digital Gold: Bitcoin and the Inside Story of the Misfits and Millionaires Trying to Reinvent Money.

Many know bitcoin to have been first introduced by Satoshi Nakamoto, which is believed to be the pen name of a cryptographer or a group of cryptography experts who came up with the concept. In a paper released back in 2008, Nakamoto shared details on an alternative form of currency based on a public ledger called blockchain.

The Story of Bitcoin

It wasn’t until the rise of Silk Road, founded by Ross Ulbricht under the pseudonym Dread Pirate Roberts, that bitcoin had its claim to fame. With the use of blockchain and transaction verification done by a network of computers solving complex algorithms, there was no need to exchange identities in bitcoin transactions. This made it the currency of choice for those dealing in the criminal underground and preferred to keep their transactions anonymous.

From there, bitcoin drew the eye of several technology enthusiasts who also ventured into the more practical applications of the cryptocurrency in payments and remittances. This spurred the growth of several bitcoin trading exchanges and drove prices up to as much as $1,200 per unit back in 2013.

While the value of bitcoin has steadily dropped since then, the growth of the industry remains strong as people and even authorities started to understand bitcoin’s advantages.

Tags: a good book about bitcoinbitcoin bookbitcoin historybitcoin storybooks on bitcoindigital goldNews
TweetShare
BitStarz Player Lands $2,459,124 Record Win! Could you be next big winner? Win up to $1,000,000 in One Spin at CryptoSlots