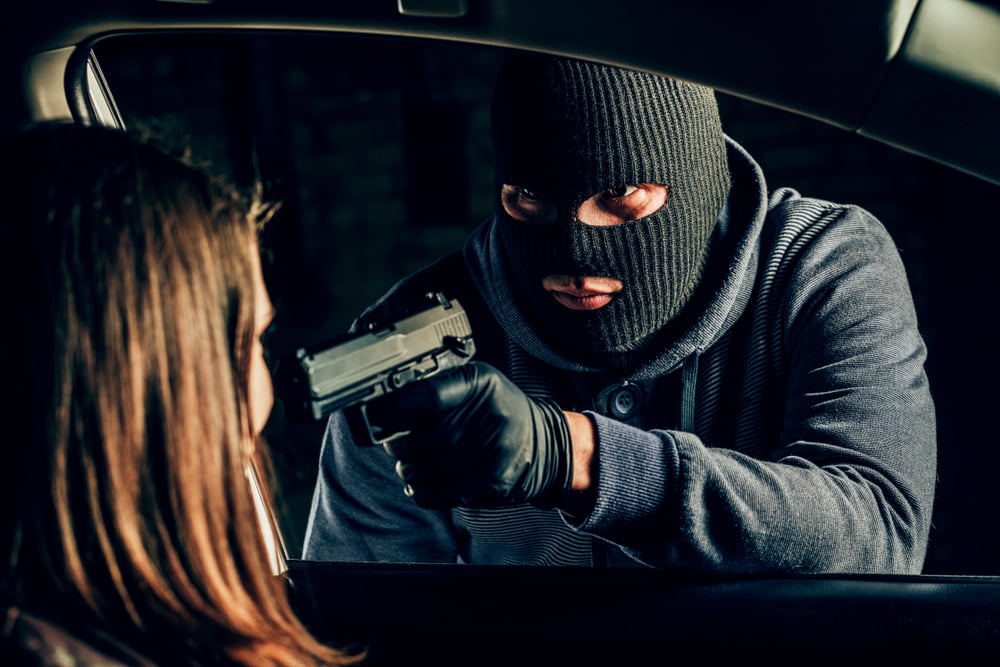 A woman from East Hollywood, California, has been convicted of robbery relating to peer-to-peer Bitcoin trades. Precious Lanay Fitzgerald was one of two involved in the incidents that awarded the pair the moniker ‘Discount Bitcoin Bandits’.

The 29-year-old may face a prison sentence of up to 10 years for the cryptocurrency robbery. Exacerbating the maximum possible sentence is the fact that Fitzgerald sometimes used a firearm when carrying out the offences.

Under a negotiated arrangement, Precious Lanay Fitzgerald, one half of the pair dubbed the ‘Discount Bitcoin Bandits’, yesterday submitted a plea of no contest to the charges relating to five 2017-18 Bitcoin robberies. According to a report in local news publication KTLA, Fitzgerald and an accomplice, 23-year-old Lawillie Joshua Hall, had arranged to meet prospective Bitcoin buyers at the height of the 2017 bull market.

An East Hollywood woman known as one of two "Discount Bitcoin Bandits," who robbed five people under the pretense of selling them digital cryptocurrency as it ballooned in value in late-2017 and early-2018, was convicted of a robbery charge Thursday. https://t.co/EUrWModRx2

The pair then robbed victims, sometimes at gunpoint, and, of course, never handed over any Bitcoin. Hall also entered a plea of no contest at an earlier hearing in April for his involvement in two of the robberies.

“From October 2017 through February 2018, Fitzgerald stole money from five people by using online notices and communications advertising the sale of discount bitcoins, according to court testimony.. She met the victims in person and forcefully took the cash they had brought to purchase the cryptocurrency.”

Although originally charged with numerous other offences, the court allowed both defendants to enter a plea of no contest against a single count of second-degree robbery. The court dropped two additional charges of robbery against Fitzgerald and two counts of grand theft, as well as three counts of child abuse as part of the negotiation. The latter charge relates to Fitzgerald reportedly bringing a child along on some of the robberies.

Hall is expected to receive four years for his involvement. Meanwhile, Fitzgerald is looking at 10. Both expected sentences have been increased since the defendants also pleaded no contest to using a handgun during the robberies. Had all changes stood against the pair, Hall would be looking at up to 19 years, and Fitzgerald could have faced 30 years. As is stands, Hall will be sentenced on December 17 and is expected to receive four years and be ordered to pay $30,000 in restitution. Meanwhile, Fitzgerald is looking at 10 years and $85,000 in restitution payments. She will be sentenced on November 22.

NewsBTC has reported on similar incidents before. Although buying Bitcoin peer-to-peer from someone has many benefits over Bitcoin bought at exchange platforms, traders on both sides of the deal put themselves in potential danger.

If you’re thinking about trading peer-to-peer like this, use common sense. Meet the person in a well-lit busy place. Never let them take you out of the sight of others and don’t let an amazing price force you to act against your better judgement.

Tags: bitcoinLos AngelesRobbery
Tweet123Share196ShareSend
BitStarz Player Lands $2,459,124 Record Win! Could you be next big winner? Win up to $1,000,000 in One Spin at CryptoSlots