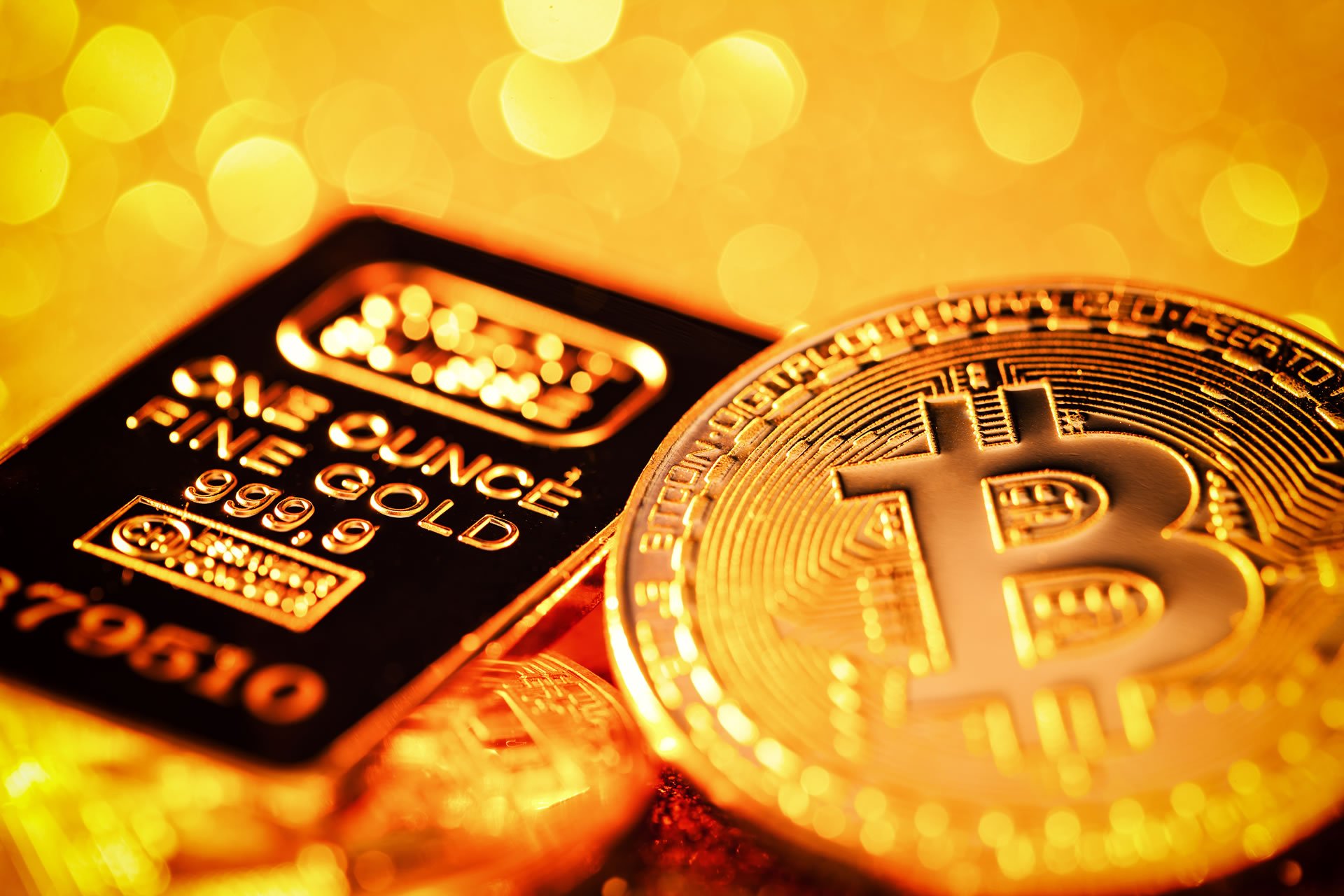 Bitcoin has often been referred to as ‘digital gold’, even more so in recent times when economic woes have been driving investors to safer havens. Industry experts have been weighing in with their own take on the narrative and BTC’s status as a store of value.

According to a report from Zerohedge, the term ‘digital gold’ emerged after The New York Times journalist Nathaniel Popper’s book of the same name was published in 2015. It gathered momentum in association with Bitcoin during the big bull run at the end of 2017 according to Google Trends for the search term.

Ten years after BTC arrived on the scene the term is still being debated, largely because of Bitcoin’s finite supply and potential as a store of value. A counter argument would be that its volatility does not make it comparable with gold which is relatively stable. This year alone gold has hit a six year high but has only climbed 11.7 percent since January 1st. Bitcoin by comparison has surged 150 percent over the same period.

A number of industry observers and experts have weighed in with their thoughts on the ‘digital gold’ or ‘gold 2.0’ description. According to the CEO of Human Future, professor at UC Berkeley, and former CIO for the city of Palo Alto, Jonathan Reichental, Bitcoin is just too unstable.

He added that until such a time when it is stable over a long period of time, and is recognized by the largest amount of organizations and governments, it won’t be able to be any gold or a stable asset class.

Those directly in the industry clearly think the opposite as Binance boss, Changpeng Zhao, countered;

“Bitcoin is not gold. Gold is heavy, hard to carry around. Bitcoin is better.”

Renowned crypto analyst and trade Tone Vays was also of the opinion that BTC is actually better than gold.

“Bitcoin might be the greatest store of value in the history of the world. Yes, it’s volatile — as it’s only been useful for about seven years — but its ‘unconfiscatability’ property is unmatched. That is its true store of value, as gold is confiscatable and all other assets even easier.”

New York University lecturer, Joseph Bonneau, added that gold has been seen as valuable for most of human history which makes it the ultimate store of value. He said that gold will continue to be valuable in the future regardless of politics but was not too confident in Bitcoin’s future;

“With Bitcoin, the case that it is a store of value is much less clear. It’s certainly conceivable that five-10 years from now, Bitcoin could have almost no value.”

Civic CEO, Vinny Lingham, said that he maintained that Satoshi Nakamoto intended Bitcoin to be used for payments, not a store of value. So that for BTC to achieve this status it needs to be stable and have low volatility with people holding and trusting it.

David Orban, advisor to Singularity University, and founder of Network Society Ventures, is of the opinion that Bitcoin knowledge, use and ownership will grow exponentially over the next ten years.

“And, even discounting the eventual further appreciation of BTC against various national fiat currencies, its features will make it attractive as a store of value to an increasing amount of people. Borderless, permissionless, portable – it is actually superior to gold.”

Finally, head of communications at the Zcash Foundation, Sonya Mann, said that Bitcoin is deflationary by nature, due to the capped supply of 21 million, and the clever incentive structure that has reliably safeguarded its inviolability. The term ‘digital gold’ is useful for BTC she added, as it partially describes what it does and how it works.

So there you have it, both sides of the ‘digital gold divide’ weighing in on the debate that is likely to rage on for the foreseeable future.