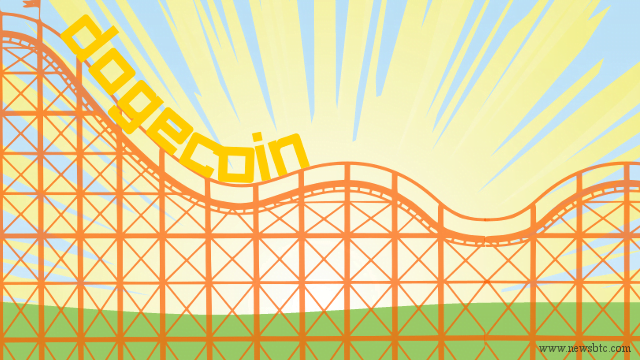 Dogecoin sellers cleared a critical support, but failed to gain pace, which is a worrying sign in the near term.

We highlighted a triangle pattern on the hourly chart of Dogecoin Yesterday, which was breached later during the day as forecasted. However, the break was not convincing, as there was no follow through after the break. We need to see whether more downsides are possible in the short term. Currently, the 61.8% Fib retracement level of the last leg from 58.0 to 79.6 Satoshis is protecting losses. If sellers manage to clear it, then a fall towards 62.0 Satoshis is likely moving ahead.

There is one crucial point to note, which might encourage sellers, i.e. the fact that the price is below the 100 hourly simple moving average. At the moment, the Lower Bollinger Band is also providing support to Dogecoin price. However, there are a lot of bearish signs to note, including the hourly below the 50 level and the MACD in the negative zone.

If the price attempts to correct higher, then initial hurdle might be around the broken trend line, which is aligned with the 100 hourly MA. Moreover, the Upper Bollinger Band is also positioned around 70.0 Satoshis to act as a barrier for buyers. Only a clear break of the mentioned level could change the trend for Dogecoin price to bullish.

Overall, the price remains at risk, and if sellers get any reason, they might succeed in pushing the price lower.

Tags: dogecoin price technical analysisdownside reaction in Dogecoin price
Tweet123Share196ShareSend
BitStarz Player Lands $2,459,124 Record Win! Could you be next big winner? Win up to $1,000,000 in One Spin at CryptoSlots