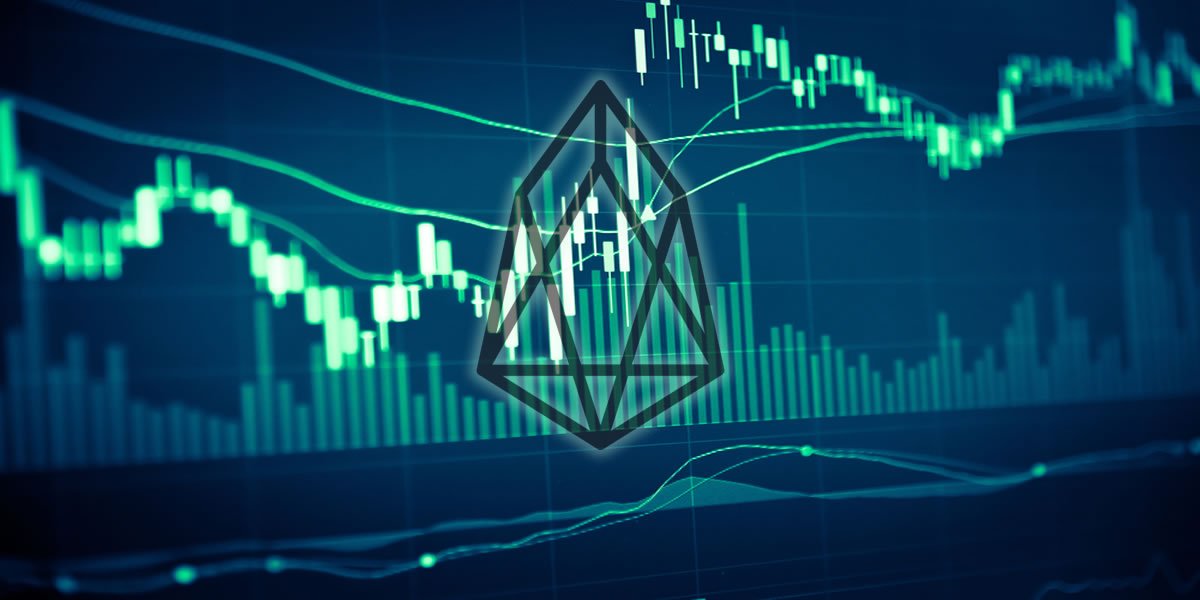 The Delegated Proof of Stake consensus necessitates voting. With voting, users can choose validators or Block Producers. However, Weiss Ratings now says because of this, there is “serious problems with centralization.” Meanwhile, EOS is down 20.2 percent from last week’s close.

The decision to adopt a consensus algorithm that is flexible, delivering Block One’s objectives did ruffle some feathers. Behind every blockchain project that seeks to launch its mainnet is the desire to meet the conditions of the blockchain Trilemma.

These conditions are smooth to the eye but meeting them is an arduous task, a near impossible feat. Therefore, creators must make a decision. Considering their overall goals, Block One went for a blend of scalability and security over decentralization.

Consequently, that demanded the activation of the delegated proof of stake, a cousin of the more popular proof of stake that Ethereum will leverage on after Serenity. It is from there that they had to take all the heat and criticism arising from their decision.

With an architecture comprising of 21 elected Block Producers tasked with validation, governance, and security, the network is vulnerable. There is a chance that malicious elements can aim at these block producers, crippling the system.

As a result of this, Weiss Ratings, the American rating firm, is downgrading EOS and blasting the digital asset saying it has “serious problems with centralization.” Subsequently, because this level of “centralization” is severe, it is degrading its technology score to an A-. 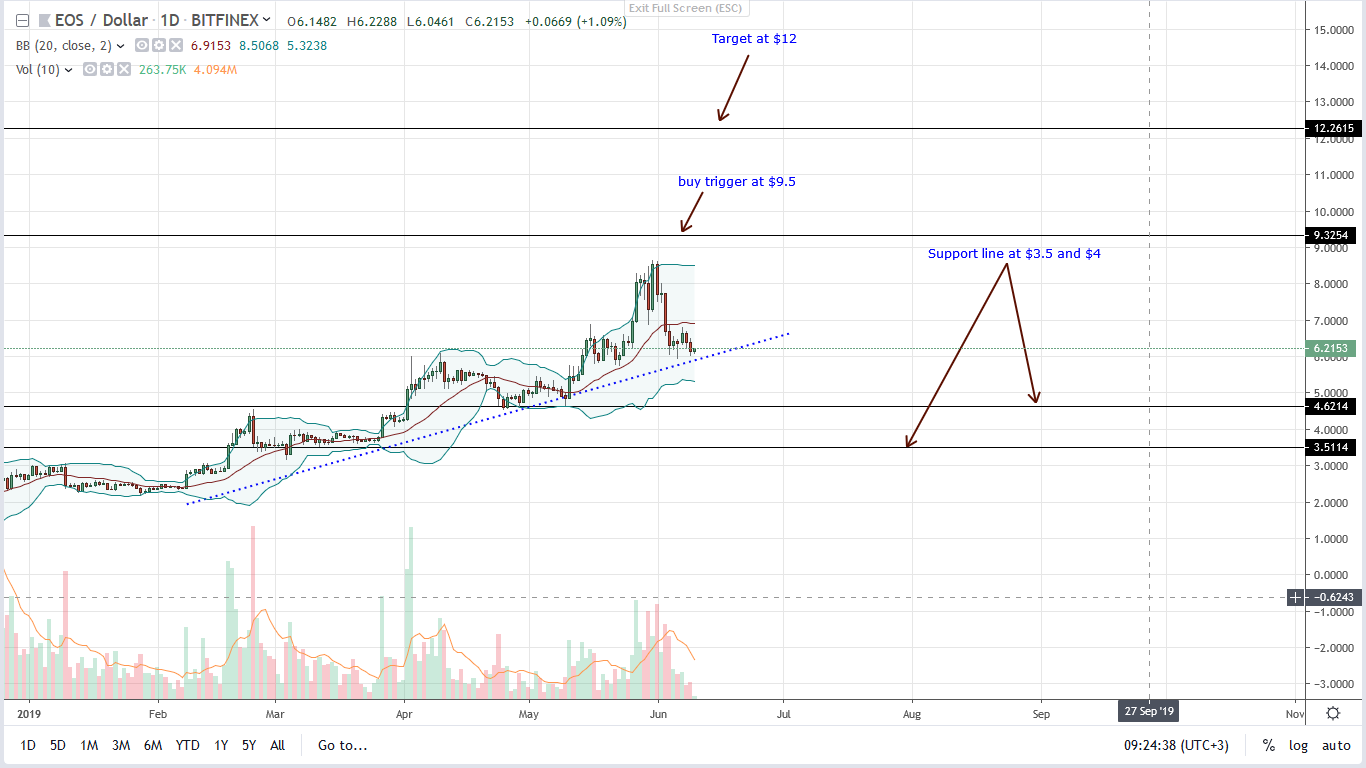 At the time of writing, EOS is changing hands at $6.20. Even though traders and investors are optimistic, EOS is clearly under pressure. Not surprising, the coin is down 1.8 percent and 20.2 percent in the last 24 hours and week respectively.

All the same, that is not to say bears are in control. From the chart, it appears that EOS is pulling back after a steady rally. Presently, the first level of support is at the 4-month trend line.

Depending on the level of participation that will either force a reaction or a dump at around $5.5, traders will either exit their longs or ramp up.

Note that any drop below $5.5 could see EOS complete the breakout retest at $4.5. However, a bounce back amid high trading volumes is a precursor for $9.5 and $12 for aggressive traders.

Trading volumes are shrinking. Anchoring this trade plan is May 27th candlestick with 10 million. Any candlestick breaking, reversing at the main support trend line or from $5.5 must be with high participation ideally exceeding 10 million. Such a printout will signal either trend continuation or correction in a retest as aforementioned.