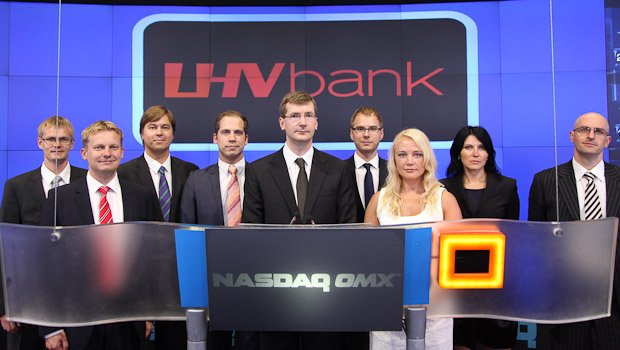 Estonia-based LHV Bank has given its nod to create an app that will utilize the Bitcoin blockchain technology to facilitate transactions.

The money-transfer app has been named as “The Cuber Wallet,” and will be available on both Android and Apple devices. The financial services platform i.e. the app will enable users to send and receive euros at zero costs and in quick time.

According to Finextra, LHV said:

“Cuber (Cryptographic Universal Blockchain Entered Receivables) is technically a new kind of certificate of deposit that can be used as a building block for innovative financial products. The experiment will see it issue EUR 100,000 worth of “cryptographically protected” receivables claims against the bank.”

The test project is said to be based on colored coins, making LHV the first bank in the world to experiment with real programmable money. Colored Coins is a colored Bitcoin minting and exchange protocol that works on top of the Bitcoin blockchain infrastructure.

Bitcoin’s public ledger i.e. the open-source blockchain will be used as a database which will also allow developers to create new functions.

With this development, the bank is aiming to promote financial innovation which would immensely benefit the smaller software developers, start-ups and cryptocurrency exchanges, rather than the big banks.

As a financial services platform and as a financial instrument, Cuber can be used to store or generate value, transferring value, managing liquidity, and automate transactions between machines.

The beta version of the app, being developed by Cuber Technology, will be released later in 2015.

Tags: bitcoinblockchaincryptocurrencyfintechNewspaymentsWallet App
TweetShare
BitStarz Player Lands $2,459,124 Record Win! Could you be next big winner? Win up to $1,000,000 in One Spin at CryptoSlots