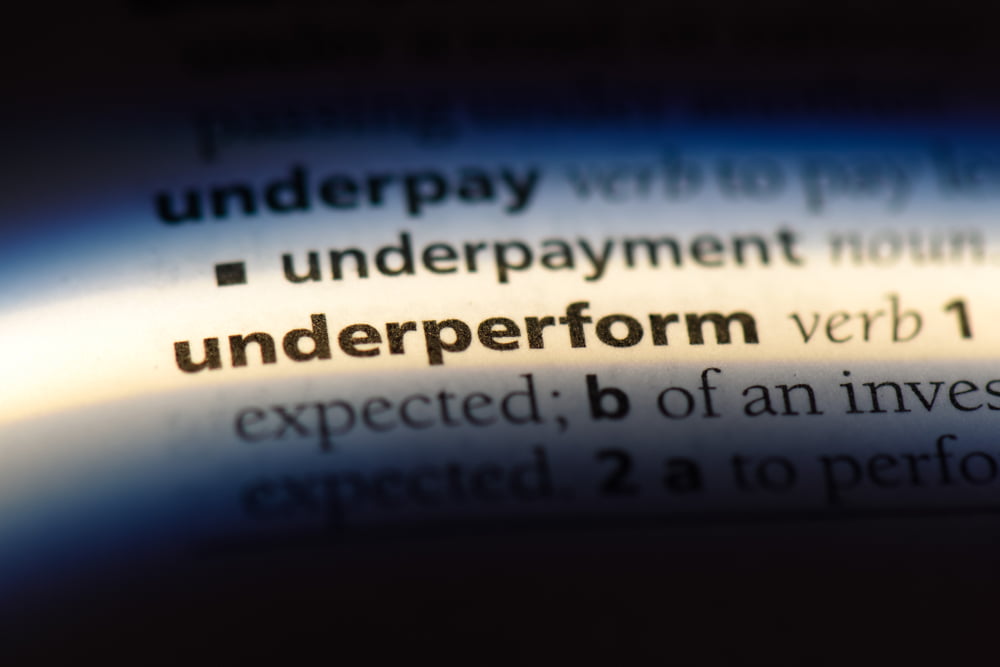 The altcoin market recently caught fire after its total market cap and individual crypto assets like Ethereum, Dash, and Litecoin began popping off and breaking through their downtrend resistance lines.

It resulted in over 50% returns in just over a month, however, according to the ETH/BTC trading pair, Ethereum may be poised for continued underperformance against Bitcoin. And with Ethereum often being a leading indicator for the rest of the altcoin market, Bitcoin dominance may continue to rise further causing altcoins to continue to bleed out.

Ethereum to Underperform Against Bitcoin For Foreseeable Future

Following Bitcoin and Ethereum’s side-by-side meteoric rise into stardom, both assets corrected significantly, resulting in an over 80% drawdown for Bitcoin and a 90% decline for Ethereum– along with a two-year-long bear market.

As the two assets dropped, Ethereum fell harder than the first-ever cryptocurrency, wiping out a larger percentage of value from its market cap from all-time high prices.

As the crypto market began to rebound in early 2019, Ethereum and the rest of the altcoin market continued to underperform against the leading cryptocurrency by market cap.

That underperformance looks to continue into 2020, according to one crypto analyst, who sees very little probability in Ethereum’s bottom being in on the ETH/BTC trading pair.

Somehow the ETH bottom attempts are getting weaker, not stronger.
There is a chance this is the bottom but I think it's pretty minuscule.
Reclaim the "not bad" trading range and I'll change my tune.

Hard to ignore that this isn't a bullish chart, not yet anyway. pic.twitter.com/L14Xf7AexR

According to the analyst, each bottom attempt ETH makes against BTC has gotten weaker and weaker, not stronger, suggesting that more downside may be ahead.

Has ETH/BTC Bottomed, or Is More Downside Ahead for Altcoins?

While the analyst doesn’t rule out that the bottom could be in, he believes the chance is “pretty minuscule.”

The only thing that would get the analyst to consider a bullish alternative, is Ethereum reclaiming the “not bad” trading zone between 0.43 and 0.25 on the ratio.

Altcoins like Ethereum and many others have continued to bleed out against Bitcoin, but BTC dominance has been showing signs of potentially reversing, suggesting that altcoins could soon recover.

But with Ethereum often leading the charge for altcoins alongside other big ten cryptos like Litecoin and XRP, its chart showing weakness against Bitcoin could indicate that alts have more to suffer before they catch up to their crypto big brother.

Has the number two cryptocurrency by market cap bottomed against Bitcoin? And is the crypto market ready for a new bull run? Let us know in the comments below.