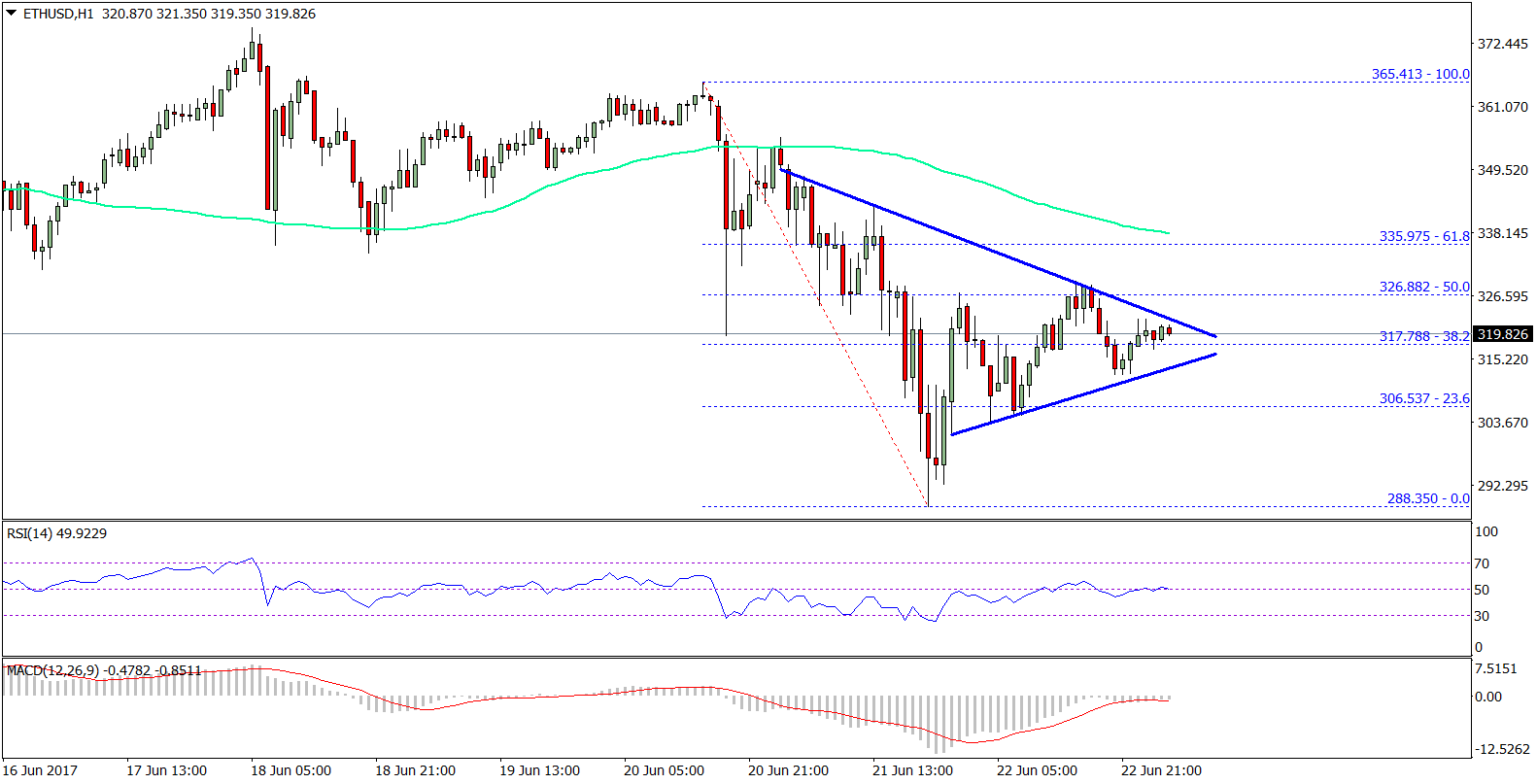 Ethereum price is under heavy downside pressure against the US Dollar and Bitcoin, and there is a chance of ETH/USD retesting $300 in the near-term.

The upside move was prevented near the $326-328 resistance, which is acting as a hurdle for buyers. It also represents the 50% Fib retracement level of the last decline from the $365 high to $288 low. There is a new short-term contracting triangle pattern with resistance at $320 forming n the hourly chart of ETH/USD. The highlighted contracting triangle pattern may ignite the next move either above $326 or below $316. There are chances of a downside push if buyers fail to break $330 in the near-term. Hourly MACD – The MACD is currently flat and suggesting consolidation.

Hourly RSI – The RSI is attempting to climb and settle above the 50 level.