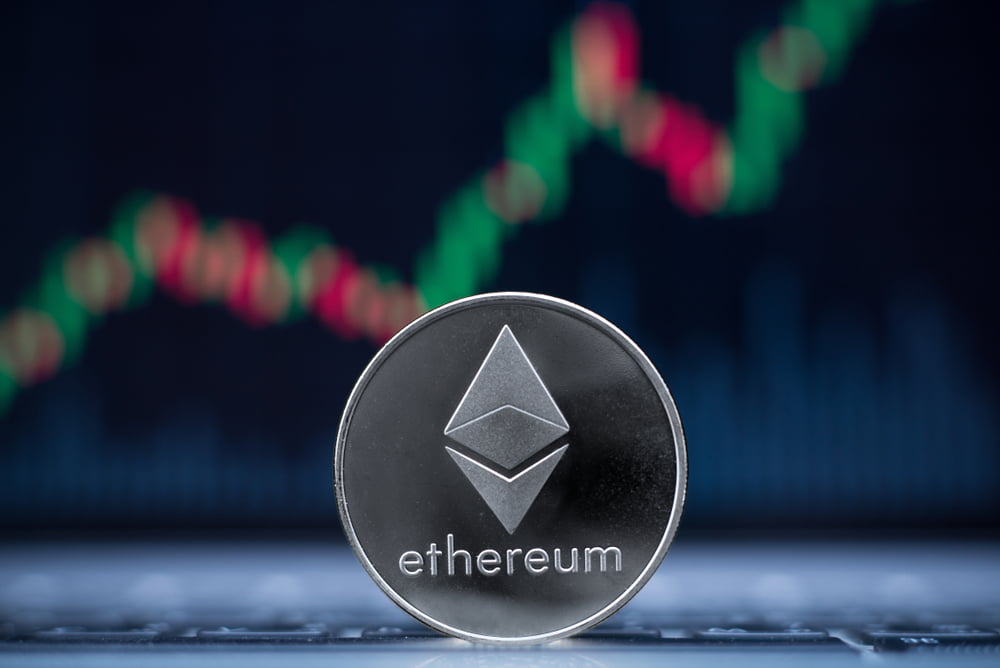 Despite Bitcoin being in a firm uptrend over the past few months, the aggregated crypto markets have largely experienced lackluster price action, but Ethereum (ETH) may be one of the few exceptions as it has been closely tracking BTC as of late.

Because ETH has been closely tracking BTC, it has experienced large volatility over the past week, setting fresh year-to-date highs before quickly plummeting lower. Now, analysts believe Ethereum is ready to continue its upwards ascent, which may mean that it will target $363 next.

Ethereum Finds Support at $300 as Volatility Ramps Up

At the time of writing, Ethereum is trading up nominally at its current price of $307, up slightly from its daily lows of $295.

Over a one-month period, it becomes clear as to just how volatile ETH has been as of late, surging from lows of $230 to highs of $360, at which point it incurred a massive influx of selling pressure that sent it reeling down to lows of $285.

In the time since, Ethereum appears to have been forming a pattern of consolidation between $295 and $310, which may turn out to be a fresh trading range that will persist while Bitcoin experiences a bout of sideways trading.

The Cryptomist, a popular crypto analyst on Twitter, spoke about ETH in a recent tweet, noting that it has between now and August to hold above its RSI support, which means that it could be another month before it makes a decisive move in one direction or another.

“$Eth My loyal followers would remember when I posted that long term btc support that had to break ..remember? Well Eth has the same one! This RSI support has now till August to break – Support test approaching: one more bounce? 304 holding as past resistance,” she explained.

My loyal followers would remember when I posted that long term btc support that had to break ..remember? Well Eth has the same one!

This RSI support has now till August to break – Support test approaching: one more bounce?

304 holding as past resistance pic.twitter.com/hGFugQvs6o

Will ETH Target $363 Next? One Analyst Believe So

Although The Cryptomist believes it could be another month before Ethereum makes a big movement, Harald Weygand, another popular analyst, recently explained that he believes ETH is currently gearing up for a move back towards its recently established highs.

“#Ethereum Sell Off is over, I expect a re-attack of the pricemark at 363 USD,” he concisely noted while referencing the below chart.

Sell Off is over, i expect a re-attack of the pricemark at 363 USD.$ETH $ETHUSD #Cryptos pic.twitter.com/8rbnTmCzpJ

As the weekend continues on, it is probable that Ethereum’s near-term price action will be largely based on that of Bitcoin, which may mean that it is in for a bout of sideways trading.