Ethereum and Bitcoin have been subject to a strong correction over recent days. Both cryptocurrencies have dropped over 10% from their year-to-date highs, set just a week ago.

ETH is set to return to its uptrend, though, according to one analyst. The analyst in question has been historically accurate, predicting months before it happened that Bitcoin would hit the $3,000s and XRP would revisit $0.11 in 2020.

The fractal the analyst shared isn’t entirely bullish, though.

The fractal also suggests that after the market tops after the next leg higher, a correction to the downside will be seen that dwarfs the current one.

A fractal predicts that Ethereum could soon undergo a thrust higher that will take it towards new local and year-to-date highs at $500. 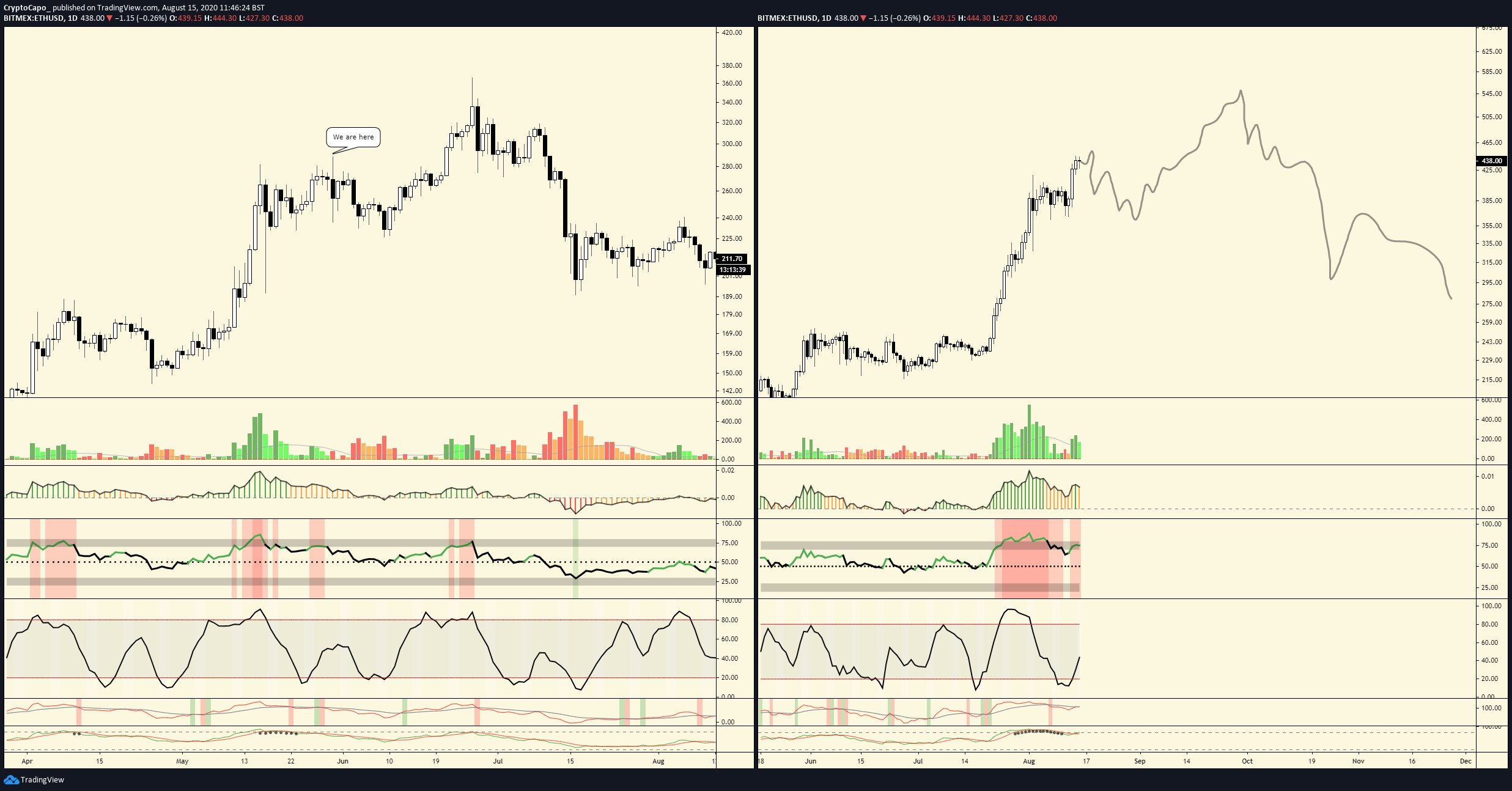 Another historically accurate analyst has thrown his weight behind this sentiment. The trader that predicted months in advance that Bitcoin would bottom 2018’s bear market at $3,200 wrote the following in a recent analysis:

“Short term downtrend broken on eth, it successfully had everyone flip bearish over the weekend, now it needs to flip these 50 and 100mas on 4h and its clear skies to $500. Not out of danger just but its looking much nicer,” he explained.