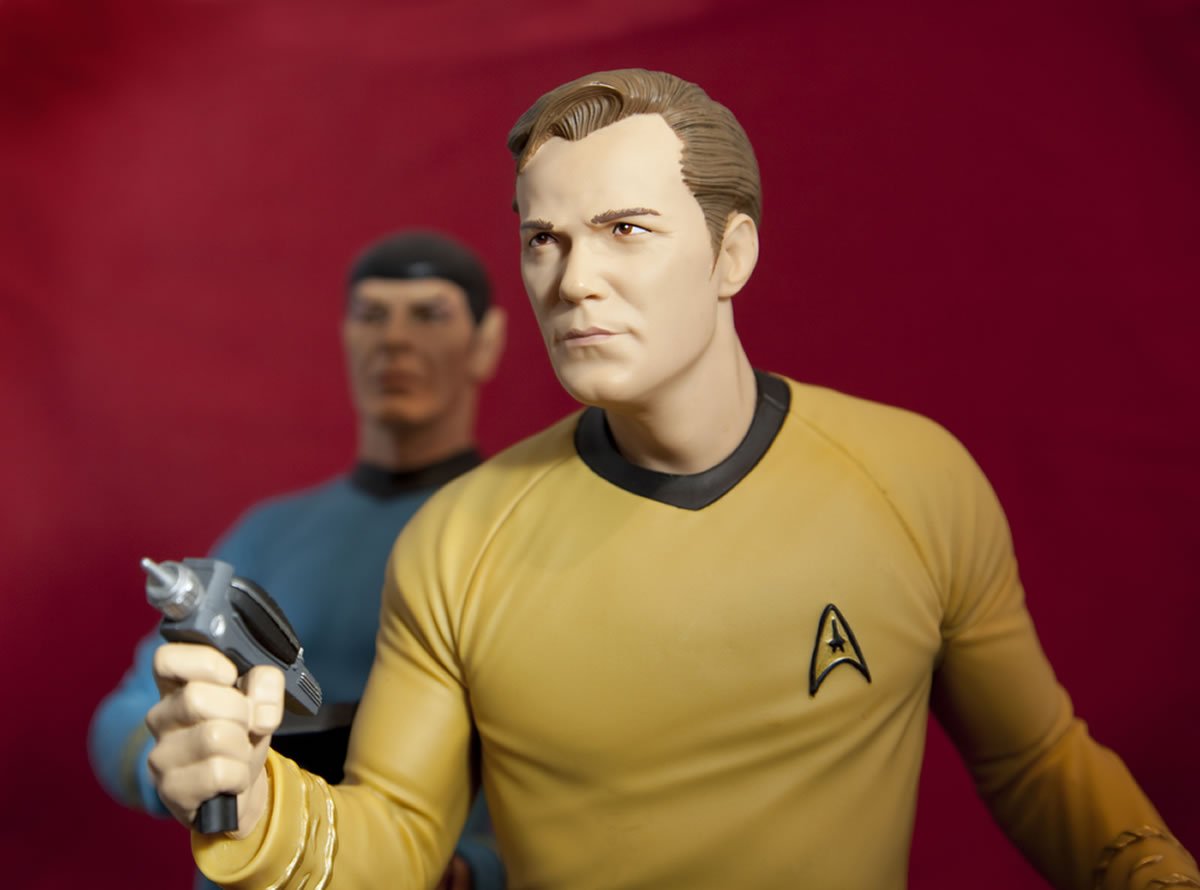 When cryptocurrency enthusiasts discuss adoption — the crypto industry’s buzzword of 2018 — the names of bigwig institutions, household corporations, and prominent executives and investors are often thrown around. So, it should come as no surprise that the entire crypto community was rattled when William Shatner, known for his portrayal of Star Trek’s James T. Kirk, went full “crypto-hip” on Twitter, discussing Ethereum will unbridled passion and a tinge of humor.

Although many do not know him by name, save for the baby boomers of yesteryear, William Shatner is and has been one of the most influential actors in the past century. However, after decades on screen, the now 87-year-old has sought time away from the public spotlight, seeking other ventures that don’t involve dressing up and smiling for the camera.

This entrepreneurial drive, interestingly enough, has seemingly led him straight to crypto, arguably the biggest innovation since the world beckoned TCP/IP in. While he briefly hinted at his interest in crypto in the past, “Captain Kirk” cemented his “crypto-hip” behavior when he issued the following tweet on Tuesday afternoon.

Hey Sporto I’m Crypto-hip I’m just HODLing back from calling you out but if you have a FUD about your FOMO, don’t worry you’ll just end up as a bagholder. ? https://t.co/wtSPIIUUVh

The message, which makes use of this industry’s favorite words/phrases — HODL, FUD, FOMO, and bagholder — highlights that in spite of his age, Shatner holds cryptocurrencies near and dear to his heart.

Following up on this tweet, which was partially made in jest, Shatner sent Vitalik Buterin, creator of Ethereum, a thumbs-up — a message of approval that came straight out of left field, so to speak. While Buterin didn’t respond (maybe because he’s too young to know who Shatner is), the actor’s message saw an abounding number of responses from crypto proponents and critics alike.

Premine Apologist, who essentially acts as the Bitfinex’ed of the Ethereum Project, responded to Shatner’s thumbs-up, stating that Buterin is “a literal scammer” by bringing attention to claims that Ethereum is centralized and scammy. Shatner, responding with a quippy remark, noted that Premine, a self-proclaimed “coder,” should “go develop your own blockchain technology where you can 1000% sure of decentralization.”

Responding to praise for his overt defense against Ethereum’s critics, Shatner tapped into his knowledge of Ethereum to claim that Premine’s critiques were flawed and held no basis. He added:

“His viewpoints don’t take into account the fact that the code has to be audited by an auditing firm and approved by consortium or it doesn’t get accepted. He thinks it exists in a bubble. That’s why we have ERC-20, ERC-721… ERC-1701.”

Although anybody can fake or bluff their knowledge of crypto, seeing that Shatner literally discussed ERC standards, the process of protocol activation, and consensus, it would be fair to say that he keeps an ear close to the ground of this industry.

Shatner’s tweets, which were broadcasted to his 2.51 million followers, quickly gained traction on Crypto Twitter, this industry’s independent (but not really) segment of the social media realm. Changpeng Zhao, CEO of Binance, quickly expressed his excitement, retweeting the Star Trek actor’s pro-Ethereum message with an accompanying statement regarding adoption.

Although Shatner is no Elon Musk when it comes crypto adoption, the former’s move to openly foray into this industry highlights a growing theme of traditionalists turning to cryptocurrencies and blockchain technologies.

Interestingly enough, Shatner’s move to talk all things Ethereum comes just months after the world-renowned actor first forayed into this industry, becoming the public face of Vancouver-based Solar Alliance, an alternative energy provider with a penchant for Bitcoin mining.

Shatner’s public rant in favor of crypto comes just days after Gwyneth Paltrow, owner of Goop and a well-known actor, tweeted a cryptocurrency primer article, in which Abra’s Bill Bahrdyt explained the basics of this budding industry. Although Paltrow’s move to forward Bahrdyt’s crypto-centric interview to his followers has since been deemed “shilling,” many optimists see promise in the fact that the two aforementioned actors, who aren’t pushovers by any means, have openly acknowledged and commended the cryptosphere.