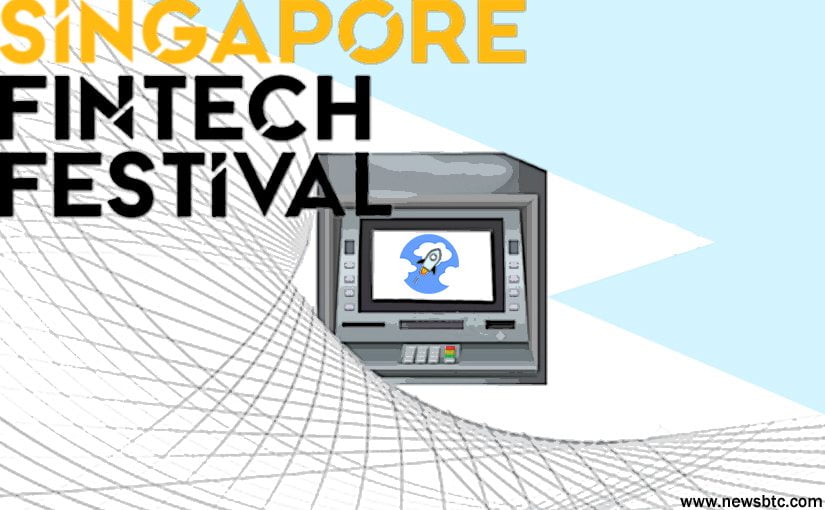 The First Lumens ATM is Introduced in Singapore

Cryptocurrency ATMs are a vital part of the ecosystem right now. these machines allow people to conveniently purchase Bitcoin and select altcoins. It now appears there is at least one ATM which also supports Stellar Lumens. Until now, there was no indication XLM support would be integrated by any companies. Most of the details are still secret, but the machine seemingly works just fine.

It is good to see more currencies getting ATM support these days. More specifically, a lot of companies focus on Bitcoin and a few different altcoins. Stellar Lumens are not on that list so far. That doesn’t prevent the team from showcasing their XLM ATM at the Singapore Fintech Festival, though. Opening a new fiat gateway for XLM is a big step forward.All cryptocurrencies need more liquidity, especially in the world of fiat currencies.

In a way, Stellar got a big leg up over Ripple in this regard. Whereas most speculators bought some XRP this year, they largely ignored XLM. It now seems obtaining Lumens will be a lot easier in this regard. Although this machine may not necessarily become accessible by the public, it sets an interesting precedent.  How all of this will play out after the festival, remains to be determined, though.

Most of the specifics of this Lumens ATM have yet to be worked out. We don’t know who built it or how it works exactly. It may be a two-way machine, for all we know. Nor is there any indication as to when and how many of these machines will come to market. There are many unknowns in this regard,  but the development is still pretty exciting. It seems the machine will be placed in Singapore, but that is based on circumstantial evidence at best. An interesting future lies ahead for Stellar, though.

So far, the news hasn’t had any impact on the XLM price yet. Stellar’s Lumens are valued a lot lower compared to Ripple’s XRP. They will both serve very similar purposes, though. It is possible we may see both currencies get a lot closer to one another in terms of market cap. When and if that will happen, remains to be determined. An interesting precedent is created in this regard, that much is rather evident.