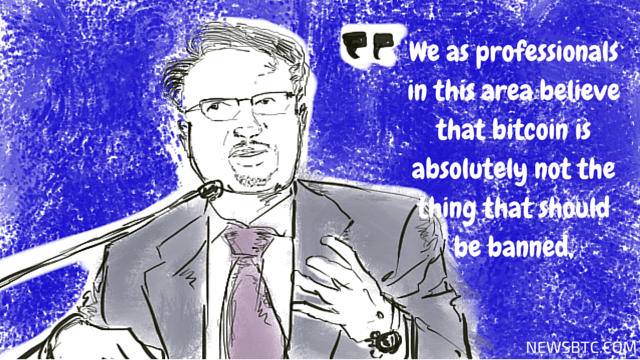 Former Russian Minister of Economy and Trade Against Bitcoin Ban

Former Russian Minister of Economy and Trade German Gref spoke against the bitcoin ban in some nations, admitting that he owned “a little” of the cryptocurrency at one point himself. Gref is currently the President of Sberbank, the largest bank in Russia and Eastern Europe.

During Finnopolis 2015 held in Kazan, Russia, Gref expressed his support for the digital currency and urged to end the bitcoin ban in the country. The Russian government has been going back and forth when it comes criminalizing the use of the cryptocurrency in the country, implementing a ban on bitcoin websites earlier on then lifting it months later.

“We as professionals in this area believe that bitcoin is absolutely not the thing that should be banned,” Gref stated. Bitcoin has earned the ire of several governments, as it has been associated with money laundering, terrorist funding, drug deals, and hacking attacks due to its anonymous transactions.

Back in 2014, the Russian Central Bank and the Prosecutor-General’s Office issued a state-wide warning on bitcoin, urging consumers to be wary of using and accepting the cryptocurrency. Central Bank Chief Elvira Nabiullina mentioned that digital currencies are typically used for shady transactions and that regulation might be needed.

However, later in the year Russian President Vladimir Putin clarified that it was possible to use bitcoin for some operations in the country and that he has talked to financial authorities to not reject the digital currency.

Gref also commented on the decline in bitcoin prices, pointing out that it is the only currency that has fared worse than the Russian ruble in 2014. “Unfortunately, all currencies suffer from same diseases,” he remarked. Gref served as the Minister of Economy and Trade of Russian Federation from 2000 to 2007.

BitStarz Player Lands $2,459,124 Record Win! Could you be next big winner?
Get 110 USDT Futures Bonus for FREE!
Tags: Bitcoin ban RussiaBitcoin Newsgerman grefNewsRussia Bitcoin
Tweet123Share196ShareSend
Win up to $1,000,000 in One Spin at CryptoSlots