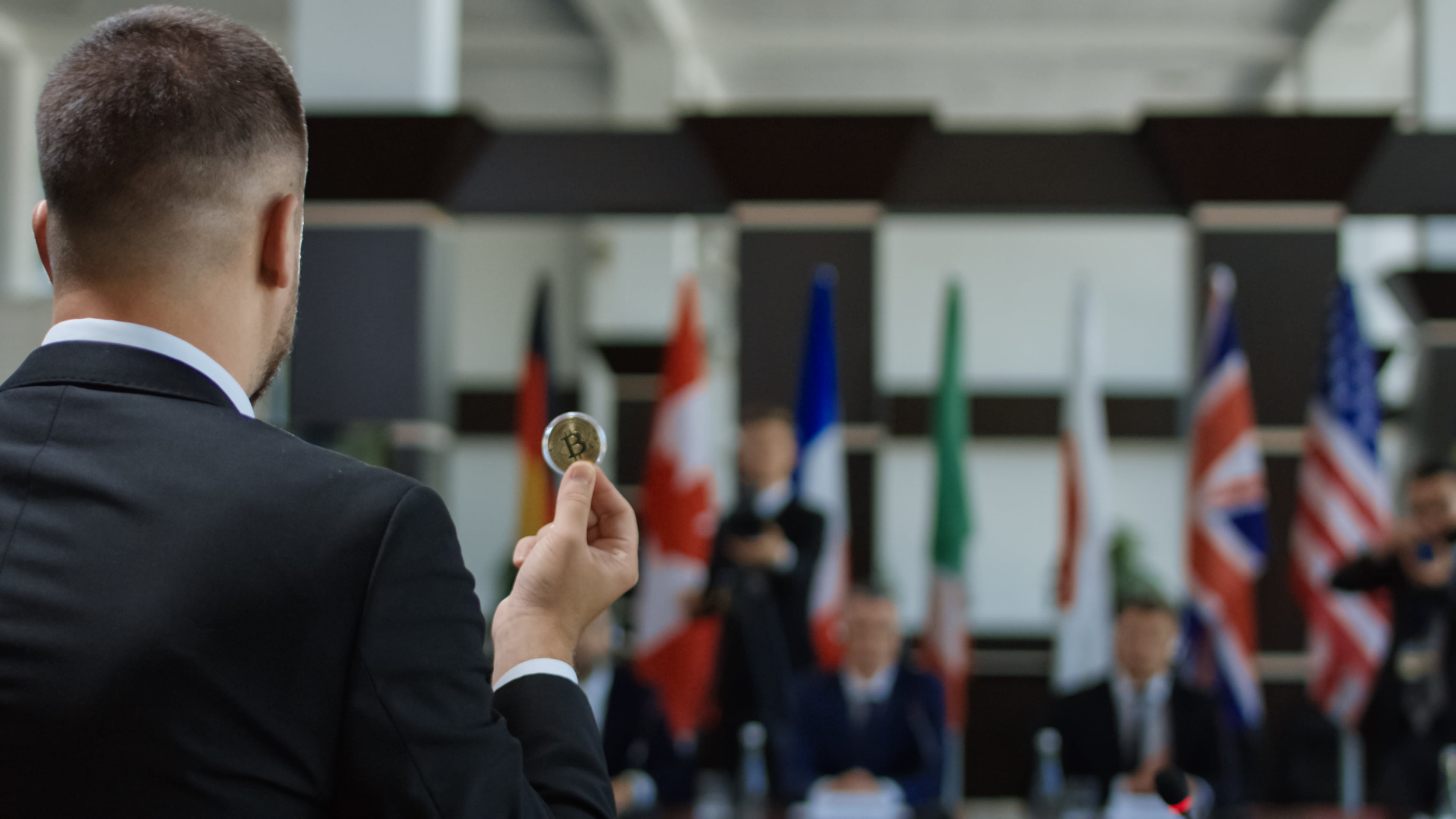 All last month, the positive sentiment surrounding Bitcoin, crypto, and even Facebook Libra turned negative after United States President Donald Trump made some negative tweets about the digital asset class and its illicit use in criminal activities such as money laundering, cybercrime, drug trade, and more.

And while many Trump-appointed policymakers came out of the woodwork ready to kick crypto while it was down, a former Trump advisor is coming out in support of Bitcoin and crypto, saying it has a “big future” and will play an important role in the “global populist revolt” that’s underway across the world.

While speaking on a segment of CNBC Squawk Box, recent Bitcoin skeptic turned believer Joe Kernen, who has vehemently defended the crypto asset against chief financial regulators, and other guests he has debated – asks former White House chief strategist Steve Bannon what his thoughts are about Bitcoin and the entire asset class.

Kernen jokingly asks “Bitcoin Bannon” if he was buying the crypto asset at recent bear market lows, to which he said he did indeed have the “foresight” and “courage” to buy as it crashed. From there Bannon expands on his beliefs around Bitcoin, suggesting that the asset class has a “big future” given the current political and economic climate.

"I think cryptocurrencies have a big future," says Steve Bannon. "I think they could be a very important part going forward particularly in this global populist revolt." pic.twitter.com/lYce7qzrIY

Bitcoin itself he thinks will play a “very important” role in the “global populist revolt” underway across the world. Populism is a political orientation that focuses on the idea that the people and the government or ruling “elite” are at odds with one another. This idea is at the very core of crypto, and Bitcoin was designed to put power over money back in the hands of the people, and away from the control the current “elite” have over people due to it.

The United States first popularized the themes around populism alongside democracy in the 19th century. To this day, populism runs deep in American politics and some argue none more so ever than the current administration.

Bitcoin was also designed to be a replacement for fiat currencies and was hard-coded to have attributes that make it a strong hedge in a struggling economy, once it reaches its full potential.

Bannon is a believer in crypto and Bitcoin, and recently news broke of the former White House chief strategist working on a cryptocurrency project that rewards political activism and standing up against the same global populist movement that Bannon thinks Bitcoin will play an important role in.