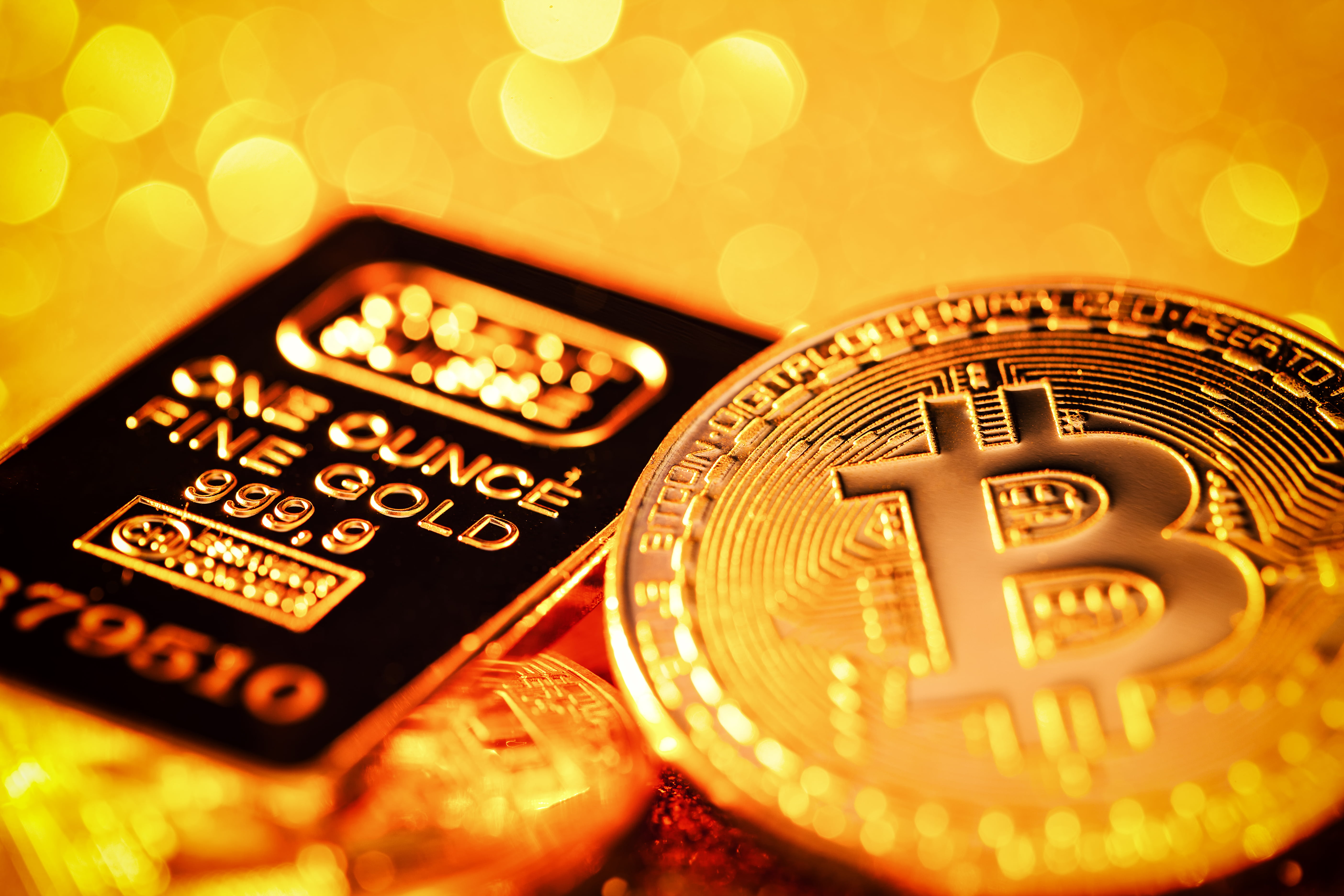 During times of economic distress, the shiny chemical element, commodity, and precious metal known as gold, is often looked to by investors seeking to place capital in a safe haven “hedge” against falling fiat values, and in the face of uncertainty surrounding traditional markets such as real estate or the stock market. Bitcoin shares many similarities between it and gold, earning it the title of being its digital counterpart.

In recent days and as global economy fears grow, both the precious metal and Bitcoin are beginning to show their values as a hedge in the face of a potential downturn. The two assets are each about to embark on their next bull runs. However, according to one financial analyst, gold’s bull run will leave Bitcoin in its dust, and crypto investors may increasingly be reinvesting their crypto returns into gold.

Due to the economic “uncertainty,” gold for the first time in a long time, has shown some bullish sentiment and price movement as more investors to seek a hedge for their capital in the face of a global financial meltdown. It recently began its next bull market, which has caused many comparisons to its digital counterpart – Bitcoin – which has also recently started on another bull run.

Since crypto pundit and staunch precious metal supporter Peter Schiff tweeted that gold had broke above resistance at $1,400, Bitcoin has grown over 30% or $3,000. Gold on the other hand has only risen $6 or 0.4%. With such little growth rates, it’s difficult to immediately see what the fuss is surrounding gold’s bull run over Bitcoin.

Besides being a far more well-known asset used throughout history for a number of reasons, gold’s market cap is also $7.5 trillion, while Bitcoin’s is over $225 billion. The discrepancy between the two is why financial analyst Arthur van Pelt says that the precious metal’s bull run will “eat Bitcoin alive.”

According to data shared by the Dragon Industries co-founder, it takes the entire value of Bitcoin’s market cap – $225 billion – to move gold’s price just 3%. So while Bitcoin’s gains certainly provide larger returns for individual investors, gold’s market cap is so massive, it will absorb far more wealth and capital than Bitcoin.

Although many do believe Bitcoin could eventually flip the precious metal, and reach a market cap of over $7.5 trillion, taking the price per BTC to $350,000 each, crypto investors are increasing their exposure to gold – and they’re doing so with their Bitcoin profits.

Interestingly many people who made recent Bitcoin gainz put their money into gold according to data from https://t.co/t1JYtgR21Y I personally wouldn't do that because Bitcoin has still a lot of upside. But it's nice to see that people go from store of value to SOV instead of fiat pic.twitter.com/GjWhX7c6je

Data from goldsilver.com shows that the amount of customers using “BitPay to buy metals” such as gold has increased steadily alongside Bitcoin price rising. Normal profit taking by Bitcoin investors may be spreading their capital across gold and other markets.

Elsewhere in the crypto market the demand for gold can also be seen. eToro has recently been promoting its spot contracts for the precious metal, and could even be seen calling out the “Drop Gold” campaign by Grayscale Investments.

The demand for traditional assets from crypto investors shows they have become more sophisticated over the last bull market and are looking to reduce risk or try their hands at other markets.

Whether crypto investors felt the burn of the last bear market and are now looking to get out sooner, or are potentially diversifying portfolios in fear of another crash, it’s clear that crypto investors are increasingly considering other markets like gold to bolster their profitability. With the precious metal starting up its bull run alongside Bitcoin and sharing many similarities with the digital asset, it’s a logical choice for most crypto investors.

Tags: bitcoinbitpaycryptoeconomic hedgegold
Tweet123Share196ShareSend
BitStarz Player Lands $2,459,124 Record Win! Could you be next big winner? Win up to $1,000,000 in One Spin at CryptoSlots