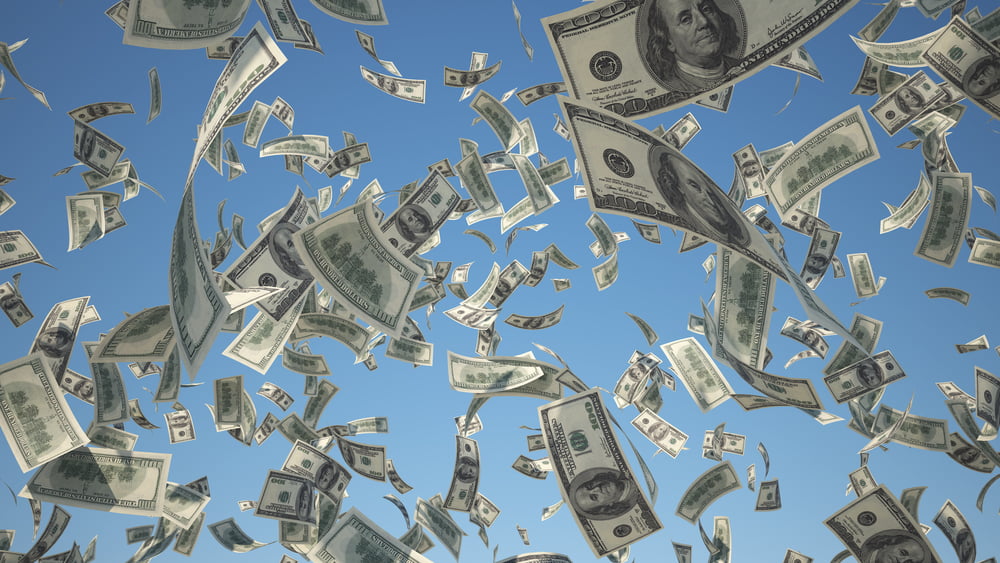 Cryptocurrencies have continued to stumble, but one organization has been making promising strides in the back offices of the Bitcoin space. Grayscale Investments, a wholly-owned subsidiary of the crypto conglomerate that is the New York-based Digital Currency Group, revealed that its products secured millions in investment amid the so-called “crypto winter.”

Crypto Winter Has Been No Match For Grayscale’s Bitcoin Fund

Grayscale, headed by Michael Sonnenshein, recently released its “2018 Digital Asset Investment Report” to outline company performance over the course of yesteryear. And surprisingly, the statistics were arguably not foreboding, but optimistic.

BREAKING: We are excited to share our 2018 Digital Asset Investment Report!

The company first accentuated that as it stands, it has $825 million worth of assets under management, 43.5% ($359.5 million) of which entered Grayscale’s care in 2018. While this figure was impressive in and of itself, it was later explained that 66% of inflows came from institutional investors, who Grayscale claims are “building core strategic positions in digital assets.” Doing some napkin math, that means that $237 million of investments in Grayscale’s products, which include in-house Bitcoin, Ethereum, and Stellar Lumens funds, came from institutional players.

While $237 million may not seem like a monumental sum, critics of Grayscale’s 2018 figures would be remiss to neglect fiat amplifiers. Alex Kruger, a leading cryptocurrency economist and researcher, recently did some analysis on how nominal fiat inflows affect the aggregate value of all cryptocurrencies.

Citing a 2018 report from JP Morgan regarding cryptocurrencies, the New York-based trader explained that that Wall Street institution is calculating a fiat amplifier of 117.5 ($1 million in fiat investment turns into $117.5 million in cryptocurrency value). But, this isn’t the whole story. Citi purportedly estimated an amplifier of 50, while Chris Burniske of Placeholder Ventures calculated the figure out to somewhere between two and 25.

Thus, considering a low-end estimate of a ten times fiat multiplier, Grayscale’s institutional clients could have infused $23.7 billion worth of registered market capitalization into this space over 2018.

Regardless, what was made clear is that institutions still are interested in allocating capital to the cryptosphere, as the heads of such groups look to accumulate when the price of Bitcoin remains in a lull.

2019: The Year Of Institutional Investors

These statistics haven’t gone unnoticed. Barry Silbert, the founder of Digital Currency Group, Grayscale’s parent organization, recently took to CNBC to express that the advent of institutional investors will continue to be an industry trend in the coming months. As reported by NewsBTC previously, Silbert commented that products like Bakkt’s futures only accentuate that bigwig firms are poised to make investments in Bitcoin.

Galaxy Digital Holdings founder Mike Novogratz also recently made a similar comment. In an interview with Bloomberg TV, the former Goldman Sachs partner noted that it is only a matter of time before institutional-sourced greenbacks appear on crypto’s marketplaces.

Echoing comments he has made over recent months, the Galaxy Digital chief executive noted that the “architecture” that would entice institutions to make noticeable capital and effort allocations are starting to be put in place.

Case in point, Fidelity Investments, a world-renowned financial institution with over ten thousand clients in its institutional Rolodex, recently revealed that it could launch its crypto custody offering by March. Novogratz explained that this service, along with products of a similar caliber, will pave the way for “smart money” to make a foray.

Related Reading: Novogratz: Institutions Will Drive The Next Crypto and Bitcoin Boom

While industry insiders are talking up a big game, some fear that there actually aren’t that many bigwigs waiting on the crypto sidelines. Case in point, over recent months, both Coinbase and Blockchain, which both have institutional investor-centric divisions that are some of this sector’s most prominent, dropped notable hires from Wall Street.

Representatives from the firms claimed that there has been a noticeable shift in the underlying status of cryptocurrency investment. More specifically, it was explained that “crypto-native firms,” like hedge funds, projects, and venture groups, were the institutions requesting services, rather than Wall Street hotshots.

Yet, some believe that this is just “noise,” which is trying to mask the fact that true financial incumbents are revving their crypto engines. Binance, BitGo, and Coinbase are all notable industry upstarts that launched over-the-counter (OTC) desks over the past months, indicating that some high-ticket clients are requesting for a more efficient trading medium.

On Thursday, The Block exclusively reported that LJ Brock, who hails from Chicago hedge fund giant Citadel’s C-suite, would be joining Coinbase. In a company email obtained by the outlet, Coinbase chief Brian Armstrong remarked that he’s “really excited” to have Brock join the team, especially due to the new hire’s people experience and stints on Wall Street.

While this move is unlikely to affect institutional investors with a growing penchant for crypto directly, this move could underscore that Coinbase and its competitors are still looking to entice non-consumer populations to take the plunge. But will they?

Tags: bitcoincryptoinvestmentmarket
Tweet123Share196ShareSend
Win up to $1,000,000 in One Spin at CryptoSlots