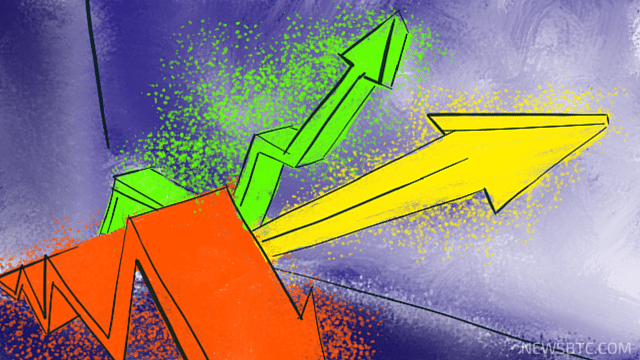 Here are the YTD returns of Bitcoin, Litecoin, and Dogecoin

Cryptocurrencies such as Bitcoin, Litecoin, and Dogecoin are known for their dangerous volatility, but have they generated any returns in 2015? Barring Dogecoin, which generated negative returns, the other two have generated phenomenal returns year-to-date (YTD) for investors.

Let review each of them below.

Bitcoin – A Wild Ride It Has Been!

Bitcoin witnessed wide price vicissitudes in 2015, reaffirming its stance as one of the most volatile currencies in the world. Bitcoin started the year on a terrible note, immediately falling more than 50% from north of $310 to $150. Thereafter, it soon recovered and maintained a big range of $220-305 until the mid of August.

In the last week of August, it breached $200 briefly and then attracted strong investment dollars which accelerated the recovery. The momentum, this time, was not to be abated. Bulls fired on all cylinders and Bitcoin was positive for the year by the first week of November. Soon, the speculative short sellers were seen running scared and Bitcoin witnessed a shot in the arm. The price briefly kissed $500, at which all the long positions were liquidated and Bitcoin witnessed a free fall. Bitcoin has since recovered to $390.

Would you believe it if I told you that Litecoin gave the best returns among the three? Even after remaining relatively calm in the past few weeks, the cryptocurrency has earned its investors a magnificent 26% return YTD.

But it was not without its fair share of volatility. The cryptocurrency in the early part of July defied logic (and gravity) to touch $8.65, and it was during this time that analysts revised their short-term target to $10. But Litecoin had other plans! It crashed incessantly to a low of $2.500, and is now trading at $3.406.

Dogecoin: A Harrowing Year for Investors!

Dogecoin moved a lot differently from the other two. While the other two fell during January, it rose 25% from near 60 satoshis to 75 satoshis. The cryptocurrency then witnessed consistent selling pressure, which brought the price down to 36 satoshis. Yes, it was a 50% decline, but this decline was quickly followed by a surge to a new 2015 high of 87 satoshis. Since then, it has been a heartbreaking, painful decline to a fresh 2015 low of 30 satoshis, and Dogecoin is currently trading at 32 satoshis.

So, Litecoin gave the best returns of 26% YTD, followed by Bitcoin’s 24% and a disturbing figure of -50% for Dogecoin.

Tags: bitcoincryptocurrencyDogecoinLitecoinNewsPerformance and Returnsvolatility
Tweet123Share196ShareSend
Win up to $1,000,000 in One Spin at CryptoSlots