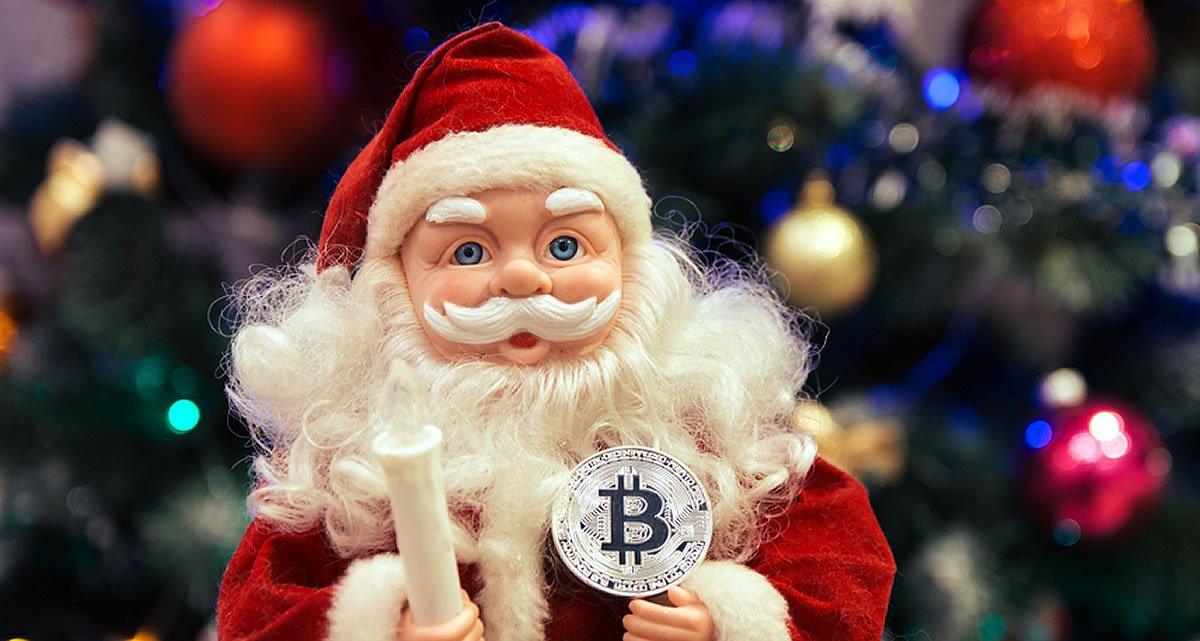 How Much Steam Is Left In The Christmas Crypto Rally?

Many had predicted a year end Santa rally for Bitcoin and crypto markets. It appears that this has kicked in over the past few days as most cryptos are making daily gains. The big question however is how long will this rally last?

A gain of 25% in less than a week is an impressive one for Bitcoin which has been in decline for the best part of this year. From a low last Saturday of just below $3,200, BTC posted a weekly high of just below $4,200 a few hours ago before pulling back to around $4,000.

The rally has pulled all other cryptocurrencies up with it, with some recovering much better than others. Total market capitalization has increased by 30% as $30 billion has headed back into digital currencies.

Not all are that optimistic though as pointed out by Bloomberg, which noticed that for the first time Bitcoin has fallen below the trend line on a logarithmic chart going back to 2012. According to Charlie Morris, billion dollar fund manager at Atlantic House Ltd, gains are likely to be modest and a repeat of the boom at the end of 2017 is very unlikely.

“That trend has been a great ride, but it is broken. The long-term chart tells you to prepare for lower rates of return,” he told investors.

Comparing it to the dot com bubble technical analyst and head of futures and options at Market Securities Dubai Ltd, Paul Day, said many of today’s cryptocurrencies will not survive the coming years;

“If, and it’s a big if, crypto survives and the winners become viable mediums of exchange in the years ahead, there is nothing to say the winners have even been created yet,”

All eyes are on the charts again now to see how strong bullish indicators are, and how long this current rally will last. Analysts have cautioned investors about getting too excited about this momentum stating that this is not a bull run by any means. Crypto has just stopped falling.

Senior market analyst at eToro, Matti Greenspan, offered the following explanation; “People are looking to reduce their exposure and closing out high risk sell positions before the holidays and this is creating upward pressure on market prices, which is ultimately resulting in a rally.”

Either way, in the run up to Christmas some green on the crypto charts is more than welcome even if it is just another bounce off the floor. A bottom to which digital currencies may return to before a long term recovery is initiated.

Tags: bitcoin rallyChristmasmarket recoveryrallysanta
Tweet123Share196ShareSend
Win up to $1,000,000 in One Spin at CryptoSlots