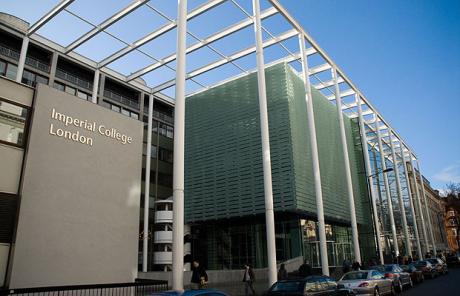 Imperial College to Explore the Application of Distributed Ledger

Scientists at the Imperial College London has announced the formation of the new Imperial College Centre for Cryptocurrency Research and Engineering (IC3RE), to study the potential of the distributed ledger system of Bitcoin as a peer to peer trust and ownership protocol for governments and businesses worldwide.

The decentralized and transparent nature of the distributed ledger technology allows organizations to create different sets of non-refutable and unbreakable data, opening up a window of possibility for the development of unique trust-based applications, such as decentralized property ownership systems, automated and public voting systems and transparent business management systems.

“Many financial institutions are focusing on how they could use distributed ledgers to improve banking, but we feel the potential applications are much broader and far-reaching. It could spawn completely new modes of doing business. The opportunities are limitless and work at the Centre aims to make the adoption of distributed ledger technology by society as smooth as possible,” said IC3RE Assistant Director Catherine Mulligan.

Imperial College London is taking a slightly different approach from banks and financial establishments that are actively looking into the blockchain technology. Instead of developing a centralized application on a decentralized network, scientists at IC3RE are trying to maintain the decentralized nature of the distributed ledger technology while creating a unique ownership application that could be implemented across various industries.

“We are on the brink of the next digital revolution. The College is in a unique position to harness the potential of the technology that currently powers cryptocurrencies. Just as the industrial revolution and the internet spawned innovation, so too will this technology, opening the doors for new business models to be developed and helping existing companies improve the way they do business and the way communities live their lives,” Center Director Professor William Knottenbelt announced in a statement.

With the assistance from full-time researcher Iain Stewart, Imperial Center aims to search for methods to secure and scale distributed ledgers, to allow a wider range of businesses and institutions to adopt the technology.

As Andreas Antonopoulos stated in a talk at Wired Money Conference, “Bitcoin is the internet of money. Currency is just one of its first applications.”

Tags: blockchain technologydistributed technologyImperial Collegeownership
Tweet123Share196ShareSend
BitStarz Player Lands $2,459,124 Record Win! Could you be next big winner? Win up to $1,000,000 in One Spin at CryptoSlots