Interview with Matej Michalko From DECENT 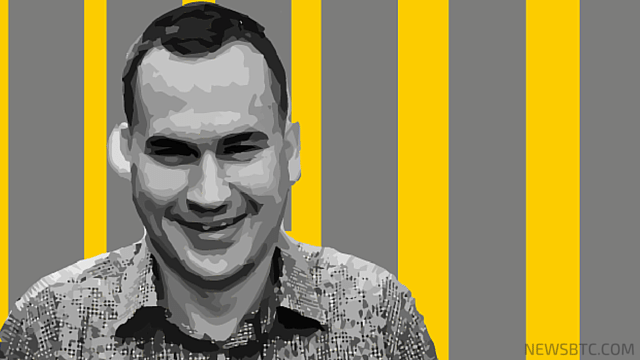 DECENT is an autonomous decentralized system owned by its users. The DECENT platform allows media sharing by guaranteeing to its users the right to freely express themselves. Matej Michalko, the Startup’s Co-founder and CEO says the company’s end goal is to give access to borderless data and information streams while maintaining a strategic distance from control, restriction or any outsider impact.

DECENT created a distributed and secure publishing platform to allow users to freely and anonymously share their content while being able to monetize it.  DECENT is liberating the world of media by enabling decentralized sharing of digital content. The project’s aim is to eliminate all political and geographical barriers so that people around the world can freely express themselves without any restrictions.

The DECENT platform is anonymous; all the players are identified exclusively by their ID and protected by advanced cryptography. However, the users also have the option to be associated with given content. Focused on freedom of speech and expression, the platform provides unlimited access to information for everyone in the world.

DECENT provides open-source software that enables users to share unlimited virtual content; the company’s main goal is to give a chance to individuals whose voice is normally controlled. DECENT combines a micropayment framework with solid encryption, giving a whole new level of privacy to its users—the DECENT platform only allows for authorized users to access the content. The platform operates via a P2P network, and DECENT’s platform is not centrally hosted, so the data cannot be manipulated and they can never be blocked.

NewsBTC had a meeting with Matej Michalko, one of the company’s co-founders and CEO, where he was more than happy to tell us all about DECENT.

NewsBTC – DECENT is introducing a new decentralized and anonymous P2P platform that allows users to freely share their content without any restrictions. What can you tell us about DECENT, and how did you come up with the idea for this new Platform?

Matej – I’ve been familiar with Bitcoin since 2012. I have been a miner since 2012 and have organized bitcoin and cryptocurrency conferences all over the world. I’m the founder of BitcoinExpo and Bitcoin 2 Business Congress series, that had its chapters twice in London, Vienna, Shanghai, and Brussels. I also founded the first Crypto Digital Marketing Agency – BitcoinMarkerting in the world helping new cryptocurrency companies to get to the market.

Hence, I understand the immense potential the Blockchain technology has; it can be applied to many different domains. I also observed that the world of media is dominated by oligopolies of big players and that there is a lack of free publishing platforms that would transform the current market dominated by oligopolies into a perfectly competitive one. Currently, the biggest players on the market charge about 60% for e-book distribution.

The poor writers have only about 40% of the amount their readers pay. For instance, if they sell 10,000 books worth $20 each, they get only $80,000 instead of the $200,000 they could have when publishing with DECENT. There was a market need for a free P2P digital content distribution platform: all for the benefits of authors (writers, bloggers, musicians, video makers, …) and content consumers (readers, listeners, viewers, …).

NewsBTC – What can you tell us about the DECENT team?

Matej – I co-founded DECENT with Matej Boda, who was cooperating with me on the BitcoinExpo series. Moreover, our team consists of ex-Ericsson architect Josef Sevcik and well-known blockchain cryptographer Pavel Kravchenko. Our online presence is secured thanks to Martin Polacek and Sandra Wantrubova, and our Europe office is up and running thanks to Jana P. Bodova. We have secured a decent presence in China, mainly thanks to Xiaomin Wang and Weiwu Zhang.

NewsBTC – What can you tell us about the company roadmap, aims and goals?

Matej – The DECENT Protocol is developed and maintained by a Swiss-based foundation. The roadmap for 2016 is the following:

We are planning a crowdsale of DECENT in Q1 2016 for the financing of the development and initial distribution of DCT tokens that will power the network.
So far, there is a prototype with an API and a proof of concept available, that will be described soon in a video published at DECENT. Besides developing DECENT’s core, we are planning to make a lot of updates including security fixes and many other developments.

NewsBTC – Can you tell us all about the platform, and how does it work?

Matej – DECENT was designed with principles of functional decomposition. We have developed three independent layers, each serving specific functions:
The data distribution layer, which is used for storing and sharing huge amounts of user-generated content. The blockchain, where all the transactions and contracts happen in a publicly verifiable manner. Also, the blockchain is used for storing permanent data. Those are buying transactions, publishing transactions, ratings, etc.

And the recommendation layer, which consists of a set of independent recommendation engines, helping the consumer to select the most relevant content.  From a user’s perspective, there are three roles the user can have:
The Author—the author creates new content and publishes it on the network.
The Content Consumer—the Content Consumer reads, watches, listens or otherwise consumes the content created by the authors.

The Publisher and Miner. The publisher plays a vital role in the network: the publisher stores the content created by the author and distributes it to the consumers. The miner verifies the transactions and realizes payment distribution, and therefore is responsible for the consistency of the network.

The interaction and flow principles are as follows:

The Author pays the Publisher for acting as a storage and content distribution network. The payment will be released over time to motivate the publisher to keep the content as long as required. The payment for network storage is also an effective anti-spam mechanism.

Consumers can rate the content. These ratings can be used for various purposes, e.g. assuming content quality, author’s reputation or by recommendation engines. 100% of the payment for the content goes to the author. There are no network or processing fees. The Author and Consumer can remain fully anonymous if they want to.

NewsBTC – Do you have any partnerships?

Matej – We have partnerships with a few corporations that are going to build their own platforms or integrate it into their existing services, but I can’t disclose that information for now!

NewsBTC – Can you comment about the company’s investors or what type of investors DECENT was able to find?

Matej – We had: US/Chinese/Malaysian VC funds (seed investment); they invest into blockchain-based applications as they believe this will be the future of the world. The blockchain will replace many services that work well today—remember, Uber is a middleman. They take 20% fees.

NewsBTC – How do you see or what is your vision about BTC and the blockchain’s significance to freedom of speech?

Matej – The blockchain is decentralized trust. Most of the people need some sort of a third party to refer to, such as their grocery, transporter, the one they work for, etc. Since the early days, centralization has been a major competitive advantage: the media has been controlled and manipulated by monopolies and oligopolies that pushed the market advantage to make profits in detriment of authors and readers.

The advent of the internet did not help much to get rid of centralization in order to move to more competitive markets; the blockchain meant a revolution in this paradigm. For the first time, people are able to use a fully competitive market for digital content, where 100% of the revenue paid by readers goes to the authors in order to put money where it should be on behalf of everyone but greedy monopolists and oligopolists.

NewsBTC – What are your prospects and expectations for the future of the DECENT platform?

Matej – We are hoping that within five years we will become the main publishing protocol worldwide. Get more developers and integrating into more existing content distribution protocol and platforms. Save time, money and create new, better, fully competitive markets.

NewsBTC – What are your expectations for the future of Bitcoin and digital currencies?

Matej – I believe that more and more services are going to be replaced by blockchain-based ones, such as notary public, money transfers, e-governments, etc. I believe both Bitcoin and blockchain technology have a bright future ahead.

You can watch a description in the official DECENT video: