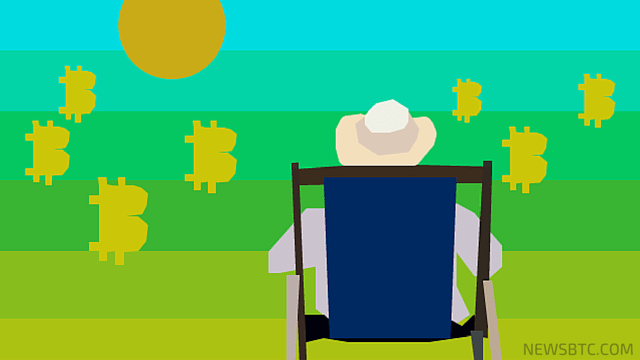 The volatility of the bitcoin price has resulted around 50% loss for high profile and established investors and traders who purchased the shares of publicly traded bitcoin exchange-traded fund (ETF) like Grayscale Investment’s Bitcoin Investment Trust.

However, due to the underwhelming performance of stock markets and equities and the rising trend of bitcoin price, an increasing number of investors are beginning to recognize bitcoin as a viable retirement portfolio asset.

Over the last few days, the value of public equities and precious metals including gold have plummeted, with market favorites like Apple falling by 14.5%, the price of gold plunging by 12.5% and the Dow Jones Industrial Average dropping by around 3% since May 2015.

Despite such poor performance of the public market, the value of bitcoin etfs such as Bitcoin Investment Trust (OTCMKTS:GBTC) has surged by around 133% since the beginning of the year, surpassing the growth rate of many publicly traded market favorites in established stock exchanges.

According to the financial data provided by OTC Markets, the share price of GBTC has increased from US$45 to US$63 per share, marking a 28.5% monthly increase. Each share of Bitcoin Investment Trust guarantees the ownership of one tenth (10%) of a bitcoin. Thus, investors are currently trading bitcoin at an average price of US$630 per bitcoin on public markets.

At the time of writing, bitcoin is being traded at around US$421 at prominent bitcoin exchanges including BitFinex and Chinese exchanges such as OKCoin. Which means, investors are purchasing bitcoin for nearly 33.2% higher than average.

Due to this valuation of bitcoin in the public market, many investors are advising individuals with retirement portfolios to include bitcoin as one of the main assets, as it will increase in value as time goes by. Some investors have begun to allocate over 10% of their retirement portfolios for bitcoin, expecting the price of bitcoin to reach a new all-time high in mid-2016.