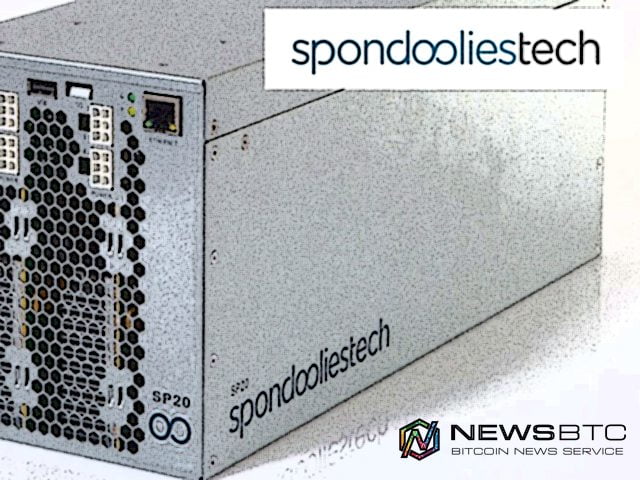 The Bitcoin industry can get unpredictable sometimes, just like the value of digital currency. In one such sudden, out of the blue announcement, Spondoolies-Tech’s CEO, Guy Corem in a post on the company’s page has announced that they have shut down their operations.

The Israeli Bitcoin hardware and mining solutions firm has been one of the leading transaction server manufacturers in the bitcoin industry. The news about the company shutting down its operations comes close to the recent merger between Spondoolies-Tech and Blockchain Technology Consumer Solutions (BTCS) a Virginia, US-based blockchain solutions company. As a part of the merger agreement, BTCS had invested over $1.5 million in Spondoolies-Tech. The company had raised $6.5 million in Series B and Venture rounds.

“To our valued customers – As of May 4, 2016, Spondoolies-Tech has ceased operations. It has been a great privilege to serve the Bitcoin mining community and especially our customers. We deeply appreciate the support and faith that you have placed in us and wish you success in your future endeavors.”

Read the statement by the CEO, Guy Corem on Facebook.

According to a report in one of the crypto and finance news website, despite over $6.5 million in funding and sales worth $28 million in 2014, the company was up against the wall when it came to its finances. The decision to wind down the company was facilitated by the court after Spondoolies-Tech failed to pay the salaries to its employees last month. It is reported that the company, in a notice to 7 of its employees mentioned that they would not be receiving their paychecks from the month of April. In the same communication, it was also stated that the company is no longer in a position to afford their services. Following the notice, these employees had approached the court, requesting the initiation of the liquidation process.

With excessive burn rate, Spondoolies-Tech had totally received about $12 million so far in the form of grants and investments It is assumed that the losses suffered by the company were mainly due to the influx of inexpensive and efficient mining hardware from china into the global market.

Spondoolies-Tech has been offering its clients cloud mining services in collaboration with Genesis Mining. It is still not sure how or whether these customers will be accommodated by the company or not.

The stakeholders at Spondoolies-Tech have been also involved in the development and promotion of Bitcoin Classic, an alternative to the Bitcoin Core. Even though Bitcoin Classic promised increased block sizes, it was never adopted by the bitcoin network,

Like many other digital currency businesses, Spondoolies-Tech is now one among those that failed to overcome various hurdles to be successful.