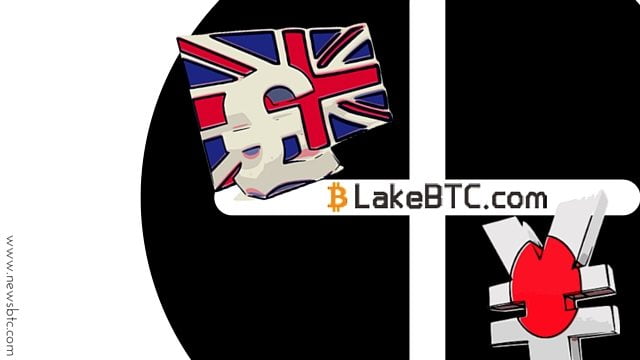 LakeBTC, a bitcoin exchange company based in China, is now open for GBP and JPY deposits on its cryptocurrency platform. This move could open the company for more client accounts based in the UK and Japan, where bitcoin acceptance has also been increasing.

In particular, clients can make a GBP deposit on LakeBTC through a UK bank transfer while JPY deposits on the bitcoin exchange will be accepted through a Japanese domestic bank transfer.

According to a spokesperson for the bitcoin exchange, they are also working on adding EUR deposits and EUR/BTC trading on their platform, which would probably be ready in a few weeks. In addition, the company is also hoping to allow withdrawals in GBP, JPY, and EUR within the next couple of months.

The bitcoin exchange was founded in 2013 and became a Ripple gateway last year, enabling customers to bypass the delays and costs associated with international bank transfers. Prior to this, potential users wired their funds via fiat money to LakeBTC’s account directly. According to CEO Thomas Xie, many clients were dissatisfied with how traditional banks handled these transfers, which was why they explored other options.

“From time to time, our customer support got user complaints about the wire delays, bounced transfers, and outrageous fees charged by the so-called ‘intermediary banks’ or ‘correspondent banks’,” he explained. “Our goal is to build a bitcoin platform with security, liquidity, and extraordinary service.” LakeBTC is currently owned by Lake Investments Limited, with Shanghai Trading IT, Inc. providing the service’s technical and customer support.

Get 110 USDT Futures Bonus for FREE!
Tags: Bitcoin Chinabitcoin exchangebitcoin exchange chinabitcoin gbpbitcoin jpyBitcoin Newslakebtc.com
Tweet123Share196ShareSend
BitStarz Player Lands $2,459,124 Record Win! Could you be next big winner? Win up to $1,000,000 in One Spin at CryptoSlots