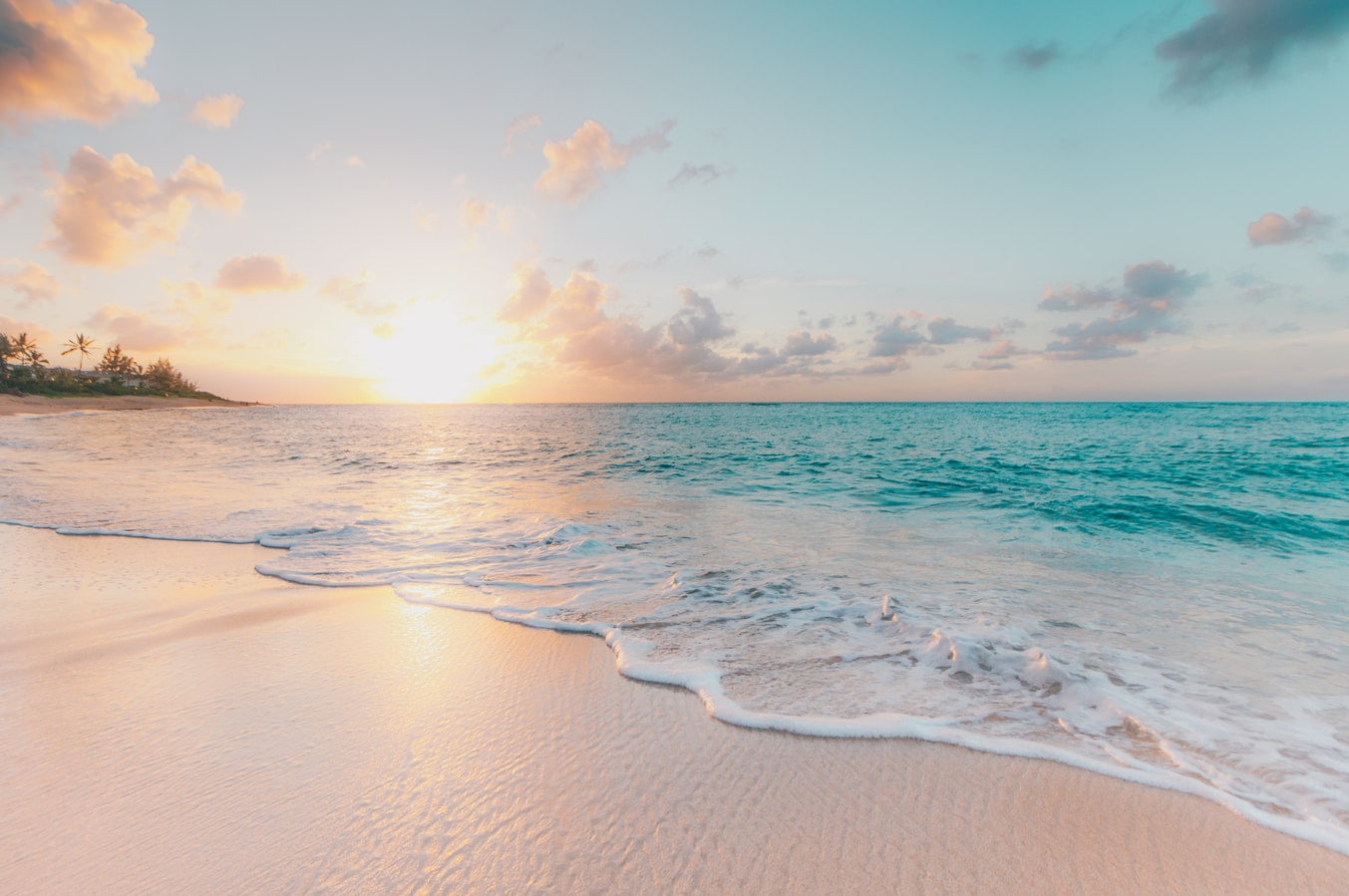 Ledger, one of the longest standing crypto industry startups, has been hard at work in this ongoing Bitcoin bear market. In spite of the company’s tight-packed schedule, NewsBTC got the lucky chance to sit down with President Pascal Gauthier and Head of Asia-Pacific Benjamin Soong to talk about an array of subjects: building out infrastructure in a bear market, Asia’s crypto scene, and the prospects of mainstream adoption of this innovation.

NewsBTC: How has this crypto winter played out so far?

Pascal Gauthier: There’s “crypto winter” and there’s “nuclear crypto winter.” I think that 2015-2016 was like nuclear crypto winter, meaning that nobody wanted to touch Bitcoin anymore. Bitcoin was dead, etc. And at the time, financial institutions believed that Bitcoin was evil, drug money, and all the other things we’ve read in the past. The difference here is that this stage of the cycle is just a winter, in a sense that you know people are thinking that there will eventually be spring, then summer. And everyone, including institutions, is just building infrastructure and tech to prepare for that eventual shift. I mean they all want into the game for several reasons.

Crypto and Bitcoin are now OK. Ethereum is OK too, even whether debate rages about whether it’s a utility, security, or something else. But in terms of these cryptocurrencies being assets, you can invest in them in a way that is kosher. Banks want into it too. From a technology standpoint, tokenization and security tokens are also coming our way. There are many things coming that are much bigger than crypto itself, and large institutions are working on this. You know they’re working on this. And as CZ said, there is a huge, huge potential upside for them.

Benjamin Soong: This is a very, very infant asset class. To build all that infrastructure — security, custody, insurance, regulation, and what have you — is something that is hard to fast-track it in a matter of one to two years. But what I can say is that if you talked to a bank 18 months ago about investing in Bitcoin through their infrastructure, there were only PoCs. Now, they’re going to enter into it. And over the next 18, 24, and 36 months, you will see foundational pieces fall into place, bit by bit.

NewsBTC: How has Hong Kong been treating Ledger so far? Have local regulations been ok?

Pascal: To set up a business in Hong Kong was a dream. In my previous companies, I had businesses in Singapore, Tokyo, Seoul, etc., but never in Hong Kong. So this is the first time that I’ve set up shop in Hong Kong, which is great. This city is ideally positioned to cover the Asia-Pacific region (APAC), as in it’s a short plane ride to most of the countries around here. Within a four-hour plane ride, you have 2.5 billion people living right here around Hong Kong. So whether you think about the retail business or the B2B business, this location ticks most of the boxes. In terms of regulation, this was also a consideration that we had for Hong Kong. This is a great international financial hub number one, and it has a very stable regulation too. The government will bring stability to those who want to do business. And finally, talents. Talents help you sort through the region, and allow you to do good business from a back-end perspective. And Ben, our V.P. in this region, is based here, so that’s why we chose HK.

Ben: When you look throughout the space, there is crypto development happening right here. Hong Kong is very strategic for us in terms of talent acquisition. You want people that I call globally local, so we’re able to find people from Korea that don’t only speak Korean, but understand the culture and business nuances. I mean Hong Kong really ticks the box there. The other thing I see here is regulation. The regulators here are arguably some of the most well-respected in crypto. Hong Kong will become a golden standard in APAC and abroad for regulators, as they’ve paid close attention to this marketplace. And clearly, they are considering not only the short-term issues but the long-term issues in crypto too. They want to see infrastructure scale out over the long-term.

NewsBTC: How does APAC match up compared to the American market?

Pascal: It’s interesting to see that there are some similarities and there are differences. Similarities come from the fact that everyone is sort of manipulating the same asset class. The technology and type of companies are similar too. But there’s a big difference in the maturity of investors. In the U.S., New York specifically, the market is far more advanced. Wall Street itself is far more advanced than any other market in the world in a sense that all businesses there want an in on crypto. I’m sure you’ve seen those press announcements. Whether you are Fidelity, State Street, or otherwise, all these big financial institutions are moving into crypto. JP Morgan’s latest announcement just confirms that. Europe, on the other hand is lagging. And APAC is late. As you go from west to east, you have these shades of grey in the advancements of financial institutions.

Ben: I completely agree with what Pascal. America, hands down, has the most developed and advanced kind of market infrastructure, and an environment that is much more technology-focused. So in the U.S., you will see the most advanced practices in terms of hedge funds and crypto funds. In APAC, you have much more exchanges. 70% of the biggest exchanges are headquartered in Korea and Japan, or registered in Singapore and Hong Kong. So it’s two types of development that is happening. Sure, adoption may occur in other markets, but APAC is very advanced in and of itself. But when it comes to making this a mainstream asset class for institutions, you will likely see the Americas and Europe lead the way.

NewsBTC What are Ledger’s next steps in the institutional space?

Pascal: Ledger is a very transparent company. I mean being transparent is at the heart of our DNA. Like most of our OS are open-source, meaning that third-party devs can build on it. We believe in open-source, transparency, so we tell people what we are doing. We have three things in terms of business right now. We have the hardware wallets, B2B offering, and an equity business that looks into the securitization of objects. The latter isn’t the heart of our company though, as we are a security company. Our primary job is to secure digital assets, data, and what have you. We have announced as SAS product, known as Ledger Vault. But we have also engaged with Nomura in a joint venture that we are working in to deliver a fully-regulated custodian ready for institutional money. We are working with various financial institutions too, but we cannot say much right now.

Pascal: Yeah, one hundred percent. Imagine it’s the wild, wild west and there is gold. But at the same time, there are no banks. Like where do you put your gold? When people think about the gold rush, they think that the miners and the shovel makers made money. But no, the shovel makers didn’t really make money, as such tools became like a commodity. The people that actually made a lot of money were the safe makers, so you could stop people from stealing the gold that you dug up. It’s the same thing with crypto. You can have a lot of crypto, but where do you put it? I mean our company was created at the end of 2014, but the Vault product will only have general availability for Q1 of this year. So we are just starting in the institutional space. But as the technological infrastructure is coming into place, big money could come in. But it would be crazy to put big money in the system right now. Once Vault and similar products are up and running though, providing clients with security, asset support, and otherwise, money can flow in.

NewsBTC: What are your thoughts on JPM Coin, FB Coin, and similar projects?

Pascal: So we are technology-agnostic. We are here to manage private keys, meaning we bring security to market, so we have no opinion on whether it’s Bitcoin, JPM Coin, or any other coin. We just provide security. That’s the company answer. My personal answer is aligned much with the Ledger answer in that I don’t think there should be debate over decentralization and centralization or usage and non-usage. If a new tech gets massive adoption, then it wins. Bitcoin wins right now, as it actually gets massive adoption. Other coins don’t have adoption from their communities. But if Facebook, JP Morgan, or other firms get massive adoption of their coin, people will decide what works for them and what doesn’t.

NewsBTC: What are your thoughts on the Lightning Network?

Pascal: If it goes and creates adoption, then it’s great. Before we can see adoption, we need to see the scalability of a network, so the Lightning Network is an important step. However, we have to keep a close eye on how it pans out.

NewsBTC: Starbucks is potentially looking into accepting Bitcoin. But, they want to accept it and then convert it into fiat. Do you agree with this process?

Pascal: Everything that leads to adoption is good. So, the Starbucks initiative is really good. Even if they convert the Bitcoin into fiat right away, it makes sense. It would be a nightmare for Starbucks to put crypto on their balance sheet.

Ben: As Pascal said, usability is key. Thus, anything that brings more efficiency to the customer or brings down the cost structure is good. Starbucks may be trying to challenge how credit card companies run their businesses right now, as it’s somewhat of a duopoly/oligopoly. So having new market entrants disrupting payments is very much welcome.