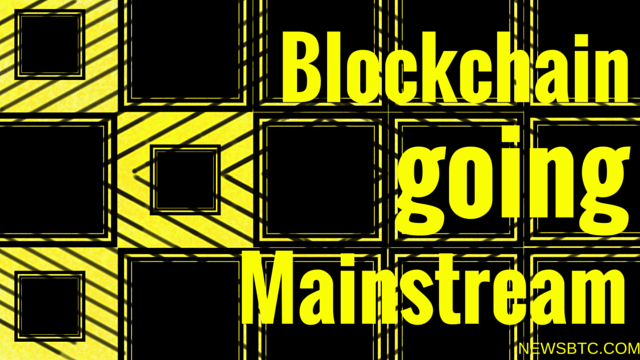 The joint study is expected to be completed in January 2016. The official announcement reads,

“The impetus behind creating this study emerged from NRI’s continuous commitment to promote open innovation is based on the understanding that the financial and technology sectors are becoming increasingly linked. The unique value created by the merger of existing business with advanced technologies and services provided by new ventures, such as blockchain, is a large area of interest for the financial services industry in Japan and worldwide.”

Another leading financial services company dipping its feet in the blockchain technology is Fidelity Investments. The Company has already backed the Dublin blockchain hackathon, the biggest such event in Europe which will feature 150 participants and 10,000 euros in prize money.

The event has been explicitly publicized to bring Ireland back on the global map as one of the leading countries for blockchain research and development.

Aidan Kenny, VP of innovation, process excellence & applied technology at Fidelity Ireland says: “Blockchain technology has the potential to become one of the most significant innovations the global financial services ecosystem has seen. Fidelity Investments Ireland is delighted to sponsor this event and to play a key role in supporting participants.”

Another small group which has garnered praise for bringing together the top players of the industry to participate in the event is Chainsmiths, a newly formed Dublin-based consultancy specializing in cryptocurrencies and the blockchain.

Kevin Loaec, Chainsmiths Managing Director said, “Banks are working on blockchain research and some will release products in a few years, maybe even months.”