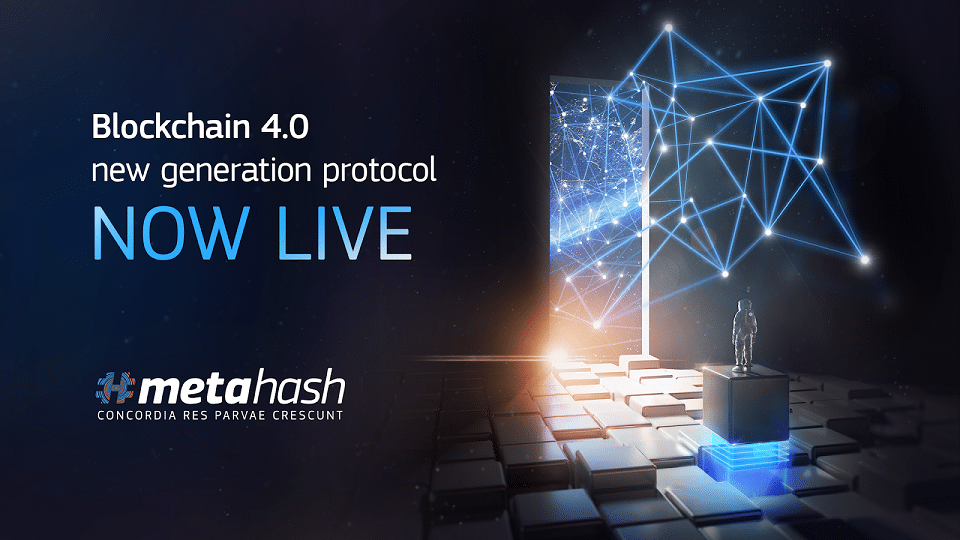 Although some dubious quarters had initially considered #MetaHash as a “very ambitious project”, it has kept abreast of its development roadmap, trailblazing the direction for the cryptocurrency community to branch off from older, existing blockchains that are “stagnating due to low scalability and a lack of smart contract or DApp functionality”.  With the public debut of  #TraceChain protocol and #MetaGate browser, crypto experts are anticipating that #MetaHash will hurdle a major uphill battle of widespread adoption.

4 Components of a Single, Synergistic Entity

Advertising technology trailblazer Gleb Nikitin joined forces with Anton Agranovsky, an entrepreneurial business, and product development leader, to form #MetaHash’s founding team. With a common vision of blockchain interoperability as the future of the distributed web, the team developed #MetaHash — a pioneering next-generation solution based on Blockchain 4.0, which allows networks to interact and integrate with each other.

#MetaHash team has decided to have a look at the architecture of the decentralized ledger from a different angle. The main obstacle to the growth of the speed of all decentralized ledgers (both DAG and blockchain) is the synchronization of data (especially between different continents). Therefore, the first problem, which #MetaHash began to solve, was to achieve the maximum possible network synchronization speed while using the standardized speed for most computers on the Internet bandwidth of 100 MBit/s.

The multi-layered architecture of #MetaHash is the optimal solution for the purpose of using standard computers for the network with the simultaneous maximum synchronization speed and verification of the data. A high-performance network library, created by #MetaHash, has become the basis for building a network of the future.

An automatic self-learning signal routing protocol, #TraceChain can process more than 50,000 transactions per second. It grows as more nodes with higher bandwidth are added to the network, forming its core and improving the reliability of additional #DataChains needed for running applications.

#MHC is a digital asset that acts as means of payment in the network. #MHC provides consensus and regulates self-financing of network development. Digital assets in the form of tokens in the #MetaHash network can be exchanged within the network, and also converted into tokens of other networks, including Bitcoin and Ethereum, and back.

The core code of #MetaApps optimizes the location of application copies based on required resources and financial motivation of the owners of nodes connected to the network. Any developer can create and publish an application in #MetaApps, while #MetaHashCoin holders decide via open vote whether or not to approve updates or changes, reflecting the universal values of all network members.

#MetaGate is a browser for decentralized applications that includes a multi-currency wallet. Via its open source interface, third-party developers can use #MetaGate code to embed #MetaApps and #TraceChain/blockchain features into various applications and browsers.

The trial period, expected to run through Q2 2018, leverages more than 200 temporary servers throughout the world, that will be replaced by token owner nodes once the network is fully functional. Interested parties can now download the free browser which is available for trial on Windows, OS X and Unix, with iOS and Android to follow shortly. Once the numbers roll in from satisfied users, #MetaHash can validate its goal of 60,000 – 80,000 Transactions Per Second.

More information about the company is available at metahash.org.  You can also check the Company’s Medium blog, Facebook page and Telegram chat.