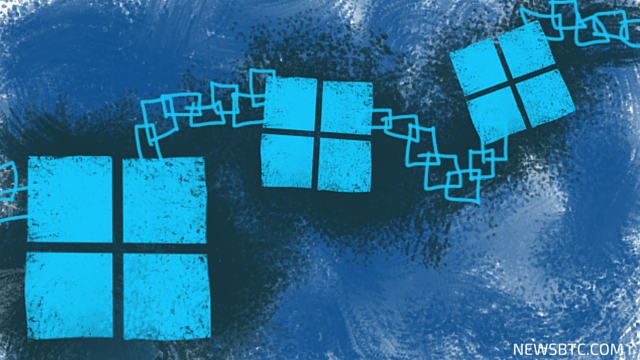 In November, Microsoft launched an Ethereum-based cloud platform to enable enterprise and institutional clients to build Ethereum blockchain and smart contract-based applications, which come with pre-built tools and templates.

Now the software giant is working with Ripple to add a dedicated financial services angle to its blockchain-as-a-service (BaaS) platform. With this additional support, Microsoft will be able to provide its clients – which include large financial institutions and banks – with a reliable platform to test their blockchain applications and create new ones.

The blockchain technology has attracted significant traction this year from leading financial institutions, including Goldman Sachs, Citi, UBS, and more. Many have expressed their desire to create future products using the Bitcoin technology, as it offers an unassailable cost advantage over the traditional methods.

The payment industry is witnessing a new revolution, with blockchain technology speeding up the processes in a reliable manner. While traditional methods such as banks take up to 2-3 days to process cross-border payments, blockchain technology enables such tasks to be done in a few minutes.

According to a press release, Marley Gray, director of technology strategy for US financial services at Microsoft, said:

Several packages are in the pipeline with reference implementations and samples specific to financial services, via the adoption of C++ Ethereum and Ethereum on Windows Server.

Microsoft will also be using Ripple’s Interledger Protocol known for efficient payments across payment networks, including banks and the blockchain.

We’re exploring how the Interledger Protocol can be used by the Azure enterprise and developer community to enable new and novel use cases within Microsoft’s blockchain as a service offering.

With Microsoft getting onto the blockchain bandwagon, many banks and financial institutions – which were reluctant to use the technology until now – may begin experimenting with the innovative technology.