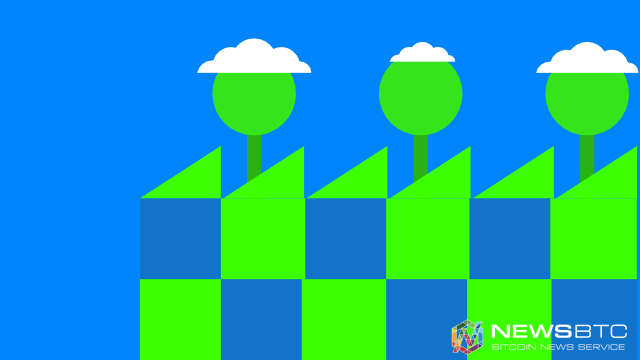 American multinational technology company Microsoft has been experimenting with bitcoin-style blockchain networks, providing their own Ethereum-based services through its Azure cloud platform to established partners including BitPay, Emercoin, LibraTax and Manifold technology.

Microsoft’s Azure blockchain services have been operating as the foundation of the R3 consortium’s blockchain network, which acts more as a shared database amongst leading banking groups and financial establishments worldwide.

“We see a huge opportunity here,” says Marley Gray, who leads Microsoft’s project and is technology strategist for financial services at Azure. “Enterprise-scale and enterprise-grade infrastructure is going to be vitally important for this financial infrastructure that will be woven using blockchain over these next few years.”

Since the beginning of 2015, industry leaders and innovative startups have begun to adopt the blockchain network as a distributed ledger for recording unalterable and irrefutable ownership, instead of utilizing the technology to settle transactions and payments.

By eliminating bitcoin as a core store of value and replacing the digital currency with existing assets, banks and businesses are attempting to record conventional financial assets such as bonds or derivatives using blockchain-based smart contracts. Such function of a blockchain could cut and reduce a significant section of a bank’s IT management and server costs.

Microsoft Azure has been offering a similar service with the Ethereum network, which is widely integrated in established platforms to enable users in storing various forms of data in a peer to peer environment.

“I don’t think it will be solely in Azure, but it can be a backbone,” he says. Microsoft’s blockchain as a service also makes it easy to experiment with different takes on the technology as companies try to figure out what it’s good for, says Gray.

Banks in the R3 consortium are using this technology of Microsoft to transfer assets, settle transactions, and store bonds that are typically difficult to record on traditional databases. Mortgages for example, which are considered to be one of the most complex forms of banking services require individuals to submit documents ranging from banking and financial statements to proof of ownership to properties.

As emphasized by Gray, banking groups and technology firms like Microsoft are exploring unique applications of the blockchain technology in the traditional finance and technology sector. Through the decentralized and transparent nature of a blockchain network, businesses can record and identify sensitive data which can be easily traced to be used for legal purposes.

Although it is still dififcult to speculate if global businesses will shirt their interests from the Bitcoin network to independent and unique blockchains, Microsoft is optimistic towards the future of blockchains and its ability to disrupt multiple industries that depend on centralized databases and servers for data storage.

Tags: Azureblockchain technologymicrosoftR3
Tweet123Share196ShareSend
Win up to $1,000,000 in One Spin at CryptoSlots