The Mt Gox Acquisition Deal: The Ins and Outs – Why It May Make Sense 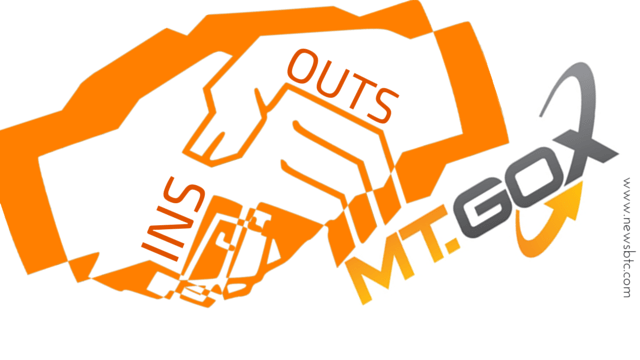 Joshua T. Klein is a partner with Fox Rothschild LLP, who focuses his practice on financial services, restructuring and related services. He can be reached at [email protected]

The saga of Mt Gox and the exchange’s descent into insolvency is familiar to anyone that is interested in bitcoin, as that has dominated the bitcoin news for many months. Mt Gox filed for reorganization in Japan in February 2014 in a bid to save the company, however the Japanese court overseeing the insolvency ultimately refused to approve an attempt to reorganize the company.

As a result Mt Gox was then formally put into liquidation and a trustee was put in place to take over all Mt Gox assets. A corresponding chapter 15 bankruptcy proceeding was also filed in the United States, and the approval of that filing is still in limbo.

Furthermore, earlier this year a class action was filed in the United States by a Mt Gox customer in Illinois, as well as a similar suit in Canada. The United States class action was purportedly filed on behalf of 50,000 of Mt Gox’ approximately 127,000 customers/creditors. So the last three months have been rather busy in legal terms for Mt Gox and its customers, with active litigation and court proceedings taking place in at least four forums including Illinois, Texas, Canada and Japan. Once Mt Gox was put into liquidation in Japan, a lot of hope would have seemed lost for the exchange’s customers and creditors.

However, a group of investors seemingly swung into action upon the liquidation announcement with a plan to save Mt Gox. I say seemingly because in reality the investor group has been working on a plan to acquire Mt Gox for some time now, including before the original Mt Gox insolvency filing.

Additionally, John Betts, who managed electronic trading platforms for UBS and Goldman Sachs, has been mentioned as being an investor, but in purportedly leaked Sunlot court documents (a reorganization plan dated March 28, 2014, supposedly filed with the Japanese court (the March 28 Reorganization Plan)) there is no mention of Betts holding an interest in Sunlot. However, Betts will be the “New Mt Gox” CEO if Sunlot ultimately acquires Mt Gox.

To date, the only mention of exactly what Sunlot is buying has been characterized rather vaguely. As far as distressed acquisitions go, the norm is that a buyer purchases the assets. The reason for this is that in an asset based deal a buyer can “cherry-pick” the assets it wants and leave the assets it doesn’t want. Further, a buyer can also leave the liabilities that it doesn’t want, which in a distressed situation is usually most of the liabilities.

However, occasionally an acquisition is done by a purchase of the shares of the target company. According to the March 28 Plan, Sunlot’s acquisition plan centers on a transfer of Tibanne KK, a Japanese corporation that owns 88 percent of Mt Gox. KK, which is the subsidiary, actually operated the exchange.

Through this majority ownership, Sunlot will own and control Mt Gox, including all of its assets and liabilities. It would not be surprising if Sunlot is working on purchasing the remaining 12 percent ownership of Mt Gox KK from Jed McCaleb, the original founder of Mt Gox.

What will Sunlot be paying for the Mt Gox acquisition? One Bitcoin. Literally. It’s actually not really fair to leave it at just that, so some context is provided later on in the article.

This has become a very critical piece of the Sunlot acquisition plan. Basically, the offer to all Mt Gox customers is expected to be what is embodied in the proposed settlement agreement (Settlement Agreement) that has been reached and preliminarily approved in the Illinois class action.

On May 9, 2014, the Illinois Court granted preliminary approval of the settlement, pending a final hearing to take place after (and if) the Sunlot reorganization plan is approved by the Japanese court.

The sum and substance of the Sunlot proposal(s) reflects an extremely well thought out, flexible acquisition plan involving a lot of time and expense (these things are not cheap). Clear evidence of this has been Sunlot’s ability to pivot and change direction very quickly and adeptly depending on the changing dynamics of the Mt Gox situation.

The original Sunlot intention of purchasing Mt Gox through a deal with Mark Karpeles would have obviously been smoother, less hassle and cheaper for Sunlot. The Mt Gox bankruptcy filing clearly disrupted this original plan, however, there have been several things that are now working in Sunlot’s favor.

First, the downward spiral of Mt Gox and its bankruptcy filing created a global forum in the media for all things Mt Gox. Sunlot has been able to exploit that forum in order to garner support for their acquisition through savvy public relations and use of digital media. Every move Sunlot has made has been widely reported in the media, which is not entirely unintentional. This is a classic, tried and true distressed buyer strategy.

Second, the existence of the United States class action has really been a boon for the Sunlot acquisition plan because it gave Sunlot, in effect, efficient and less costly access to approximately 50,000 of the 127,000 Mt Gox customers and a mechanism to garner support from those 50,000 customers.

Furthermore, due to the fact that Sunlot has preliminary United States court approval of the settlement in the class action, Sunlot has vastly increased its leverage in seeking approval of the reorganization plan in the Japanese court (and possibly in the United States bankruptcy court) which is necessary to ultimately complete and consummate the acquisition.

So, the glaring question is why is Sunlot doing all of this? On the surface, it doesn’t necessarily make a lot of sense. To say there are a lot of moving parts (and costly ones at that) is an understatement. In a recent interview with Business Insider, Betts was asked whether there is some hidden value or underlying asset that no one has realized yet.

Betts kept to the Sunlot script and “stressed the group’s priority is returning funds to customers, and in restoring confidence to the broader bitcoin ecosystem.”

That sounds good and a dose of altruism and charity in the Mt Gox debacle would certainly be welcomed by the Mt Gox customers and creditors, and possibly the broader bitcoin community. However, everyone knows that people only invest considerable time and money on an opportunity that has the potential for a significant return on that investment.

Sunlot is buying an established cryptocurrency exchange platform, which was/is the largest exchange of its kind in the world. Yes, there is material brand damage. Yes, Sunlot may need to restructure the platform technology and tighten security, which will most likely require some initial capital expenditures.

The list of professionals and consultants Sunlot intends to immediately utilize shows that these capital expenditures could be significant. However, Mt Gox does currently have at least one valuable known asset: its 127,000 person customer list. For an exchange or similar intermediary, the customers are the key and are the ultimate (and sometimes sole) revenue driver of the business.

More customers means more transactions, which in turn means more fees and commissions. Yes, New Mt Gox is going to need to work to retain those customers, but using the March 28 Reorganization Plan as our guide Sunlot may already have things in the works to incentivize customers to stay with Mt Gox. For example, the March 28 Reorganization Plan contains provisions for the go-forward business to provide free and/or reduced commissions on future transactions for current customers.

Incentivization doesn’t always work to retain customers, so there are provisions in the March 28 Reorganization Plan that would have limited customers “getting out” once they receive distributions.

Second, the Sunlot reorganization plan contains prohibitions on customers cashing out their quarterly distributions from a commission trust account to be established (to continue to make customers whole after the Initial Distribution) until one year has lapsed after receipt of such distributions. In other words, if a customer receives a distribution from this trust account, that customer cannot immediately withdraw the distribution in cash. So under the March 28 Reorganization Plan there would be no early exit for Mt Gox customers.

That is, unless a customer wanted to sell New Mt Gox his/her claims. In that case, the March 28 Reorganization Plan provides pre-determined customer claims buyout discounts ranging from 50 percent to 80 percent of the claim value. Under the March 28 Reorganization Plan, if you want to cash out in the first year following consummation of the deal, you have to sell New Mt Gox your claim at 50 percent of the claim value.

Again, some or all of these provisions could change in a revised reorganization plan that Sunlot will submit to the Japanese Court in order to comport the plan with the Settlement Agreement (importantly, inclusion of things such as allowing immediate access to customer funds on account).

However, I think it proves the point as to the importance of the customer as the key asset to Sunlot/New Mt Gox and its need to retain the current customers for as long as possible for the success of the business and the success of Sunlot’s investment. That’s really the heart of the deal and the attraction.

So, the “hidden value” in Mt Gox or “unrealized asset” may not be so hidden or unrealized at all. Sunlot clearly perceived this early and is willing to take the risk involved, both of which are critical to a successful distressed acquisition.

When viewed in these terms, the Sunlot acquisition may actually make a lot of sense.