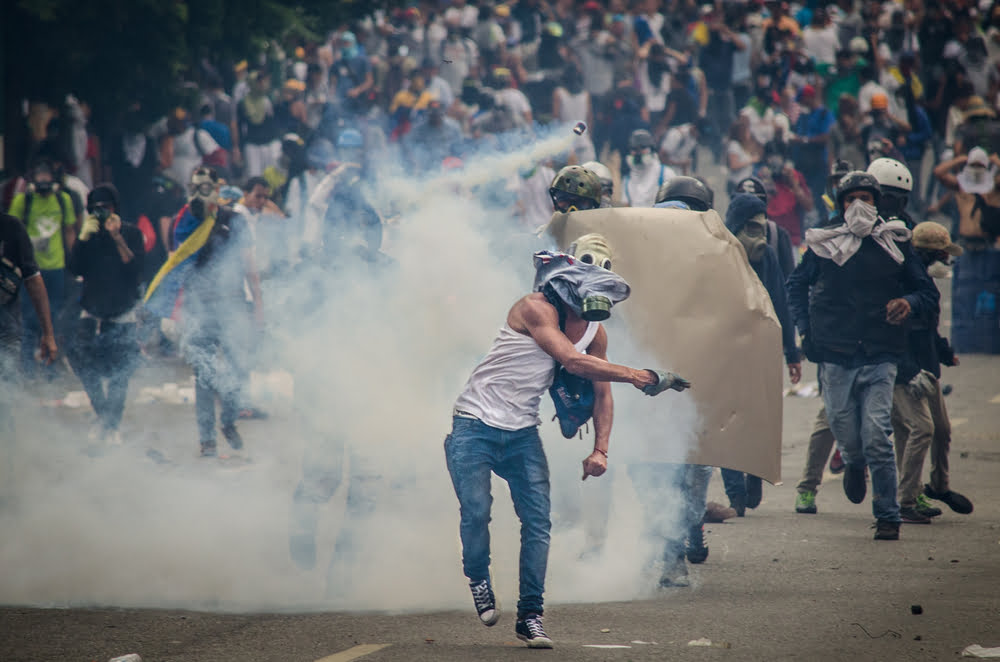 Naval: Killer App of Crypto is Socialism, Venezuela is a Prime Example

The killer application of crypto is socialism, said Naval Ravikant.

The killer app for crypto is Socialism.

The prominent entrepreneur, who co-founded AngelList, a website dedicated to matching startups with investors, emphasized the use case of crypto at a time when socialism is failing in Venezuela. However, he didn’t specifically mention the country.

Every sensible witness agrees that Venezuela, which is sitting atop the world’s largest oil reserves, has turned into a humanitarian disaster. Former president Hugo Chavez and its “Fifth Republic Movement” overtook the nation with the dissolution of social democratic parties and movements. He hijacked the political language through a discourse that established the idea of “people” and “anti-people.”

Chavez and his allies were able to enforce Scandinavian social-democracy whereby economic and social policies intervene to promote social justice within the framework of a capitalist economy and liberal democracy. The results were confident in the early days. Venezuela achieved an impressive Human Development Index, offered free education, and used government resources to tackle poverty.

But the good things could not sustain. People supported the idea of confiscation of economy’s strategic areas such as telecom, electricity, and oil. Things started to move in the opposite direction when the Chavez government also began expropriating other regions, including valves, paper, rice, meat, fruit juice, hotels, coffee, etc. The policy didn’t go well while catering to a dynamic, global market. The cases of top-level corruption surged thanks to an increase in favoritism inside the government. Meanwhile, a faltering economy led to the birth of black markets. It reduced people’s dependency on the local Bolivar as they started acquiring dollars to settle cross border deals.

When oil prices plummeted, the chips went down for Venezuela whose overspending had already created an economic deficit. They responded by printing more Bolivar currency, leading to inflation, which further led to price controls, and then to shortages. Protests followed. Repression ensued. A democracy destroyed.

What Venezuela got, in the end, is hyperinflation, scarcity of goods, despair, and hunger.

Naval proposed crypto as a solution to the failure of Marxist-based economies. But whether or not a cryptocurrency would be centralized or state-backed (like Petro), he didn’t specify. A follower later decrypted Naval’s one-line tweet, which the celebrated entrepreneur endorsed openly.

“I think he means it’s the best the insurance policy against Socialism,” wrote the follower, “but curiously an “evil” bitcoin could be envisioned wherein authoritarianism prevails and monitors all transactions, automatically taxes, etc.

Venezuelans self-admittedly started mining cryptocurrencies and sold them on local exchanges to meet their economic ends. Oscar, a citizen, offered an insight into the inflation and its impact on Venezuelans.

“I don’t want to drag this topic a lot, but Venezuelans don’t have tools to exchange their Bolivares easily,” he wrote on CoinSpice. “They have to depend on the black market to get the dollars in cash or PayPal. Some might exchange using international bank accounts, but it’s minimal for the common people to access this. It is where Bitcoin came in. As BTC volume started rising in Local Bitcoins, it started to become as a price marker for USD/Bolivares exchange rates.”

Dash, an alternative cryptocurrency project, received a warm welcome from Venezuelan when it launched its p2p payment services in the region.

“We are seeing tens of thousands of wallet downloads from the country each month,” Ryan Taylor, the CEO of the Dash Core Group, told Business Insider at the time of launch in August 2018. “Earlier this year, Venezuela became our number two market even ahead of China and Russia, which are of course huge into cryptocurrency right now.”

Venezuela is now looking at a power shift. With the US, Europe and a majority of Latin American nations supporting the “fairly” elected president Juan Guaido, the country could see the overthrowing of its dictator Nicolas Maduro. The political development does not necessarily contribute to how crypto adoption would fare in Venezuela. But, people have already accepted it as a tool to combat anything that smells like inflation.

Then they ask, what its use case is.

Tags: bitcoinNavalVenezuela
Tweet123Share196ShareSend
BitStarz Player Lands $2,459,124 Record Win! Could you be next big winner? Win up to $1,000,000 in One Spin at CryptoSlots