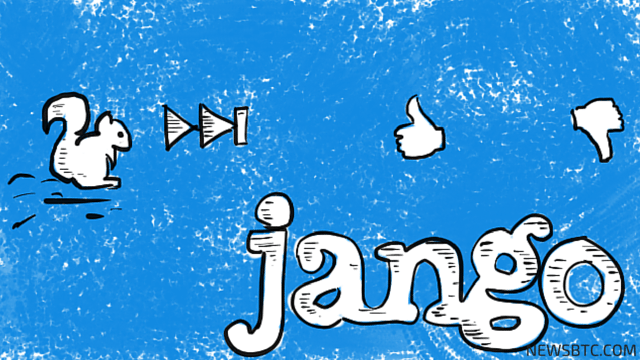 Its been a few months now since NeuCoin launched its much anticipated digital currency, and today, the organization has launched its first consumer application – giving users the ability to tip emerging new artists with NeuCoin through the Jango platform. Additionally, NeuCoin has launched a Facebook game – Solitaire Racer – which gives players the chance to earn NeuCoin while playing.

Both projects are aimed at rapid growth and NeuCoin adoption among mainstream users who have not used cryptocurrency before.

“It’s about making crypto fun and available to mainstream users. The base goal is at least 1 million NeuCoin users in 12 months – but we believe we will be able to reach many times that.” says NeuCoin Project co-founder Dan Kaufman.

Before we take a look at these two applications in a little more detail, however, let’s recap the currency itself.

After a successful prelaunch, NeuCoin launched officially back in September. Unlike many other digital currencies, NeuCoin believes that handing out free tokens (airdrops) is the wrong way to go about distribution. Kaufman continues:

“Airdrops or just lead to the new recipients selling, exchanging or forgetting their new tokens, which are nothing more than funny money”

Instead, NeuCoin believes that users should earn their tokens, as this instils an element of value into their holdings. So how does someone go about earning NeuCoin? Mining, of course. The vast majority of NeuCoin supply will be earned by miners who – just like their bitcoin counterparts – secure the NeuCoin network through proof of stake mining. There are some crucial differences between the bitcoin network and the NeuCoin network that set the two digital currencies apart, and you can read more about the details here, but the concept is comparable on an abstract level.

“With NeuCoin, consumers can earn NeuCoins by investing their time and attention. It’s analogous to proof-of-work miners earning Bitcoin by investing computing power – only regular consumers can participate and earn rewards for doing something they enjoy. That’s NeuCoin’s path to millions of users.” Kaufman says.

So, back to the latest news. First. Let’s look at the tipping platform. If you’re not familiar with Jango, it’s a free internet radio platform that allows users to listen to music, make playlists etc. Think Pandora, but with less ads. Through the tipping integration, you can send tips to “featured new artists”, which means emerging artists that are promoting their music to get new fans on Jango. Take a look at the screenshot below – taken from Jango today – to get an idea of how it works:

And what about the Facebook game? Well, as mentioned, it’s called Solitaire Racer. You’ll all know Solitaire, and this is essentially the same game, but with a tweak. Basically, it’s a race to finish the game, with NEU offered as a reward if you can finish the deck in a certain amount of time. On top of this, there’s a multiplayer version, where players can bet NEU based on who finishes the deck first.

This is a novel way to “mine” NEU, and at this stage, is essentially just proof of concept – i.e. the beginning of a wave of extended applications in the online gaming space. The concept of racing to finish a solo game or betting in a multiplayer mode, can be applied to a huge number of games, and it is this concept that NeuCoin seeks to take advantage of. We spoke to the company just before the launch of Solitaire Racer:

“Next up after SOLITAIRE RACER will be a music trivia game (another super popular game category with many millions of players) already under development, followed by a wave of 3rd-party game publishers introducing NeuCoin-integrated versions of existing games with large user bases.”

So there we go – we’ve finally got some real world applications for this highly anticipated entrant to the crypto space, and with more just around the corner, it looks like NeuCoin is going to be one to watch going forward. As ever, we’ll roll out any information updates as they come in – but for now, check out the Solitaire Racer and Jango yourself!